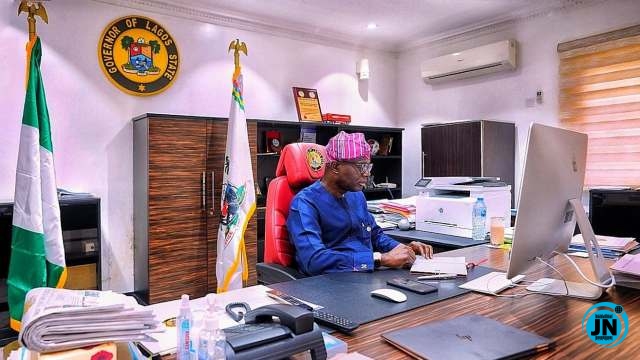 The Lagos State Government has revealed that 10 stools out of the 93 traditional rulers in the state are vacant begging to be filled.

This came as the state government, through the Ministry of Justice, on Monday, commenced the process to review the Obas and Chiefs of Lagos State Law, 2015.

The state government which convened a stakeholders’ meeting on the review, organized by the Ministry of Justice’s Directorate of Legislative Drafting, held in Alausa, Ikeja, is seeking to update the law to make it responsive to current realities.

While stressing the importance of the review, Director, Legislative Drafting, Mrs. Aderinsola Olarenwaju, stated, “The present legislation is a good law, it’s been in existence since1957.”

Olarenwaju added that there was a need to “look into it, identify the lacuna, and change things not in tandem with present realities.”

She explained that the ministry identified several lacunae in the law and set up a committee which came up with a draft containing proposals that were presented at the meeting.

The director, therefore, urged those who did not join the session to “send a memorandum for amendment of sections or repeal.”

According to Olarenwaju, a bigger session would be held with obas and other stakeholders in attendance.

Also, stressing the need for the review, he revealed that there were at least 93 monarchs, 65 of whom are first class with 10 empty stools in Lagos State.

He said: “The law really needs to be upgraded. They should help us fast-track this review. Everybody wants to become Oba, chief. Even those with red blood, that are not bluebloods, (royal lineage) want to become obas. Let us do something and help our laws and help save the state.

“The state’s size is not increasing. As of today, we have 93 obas on the ground and there are about 10 stools that needed to be occupied.”

The interactive session also considered amending several sections of the law, including Section 12 which provides that amendment or replacement of registered declaration is permissible only once.

Everybody Is Talking About These Pictures Of Nkechi Blessing
‘He gave me infection’ – Lady calls out movie producer, Adebayo Tijani for allegedly sleeping with her for movie roles
“So much hate in the industry” – Man says as he shares his chat with Tunde Ednut about singer, Teni
Chioma breaks silence following reports about crashed relationship with Davido