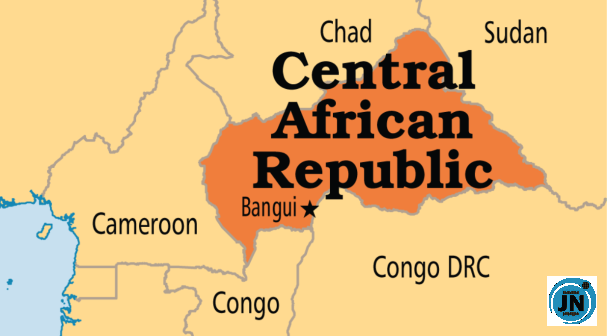 In the crowded alleys of Bambari’s Kidjigira market, customers of all faiths brush together as steam rises from hanging cooking pots and flies swarm around them.

At last, people are not afraid. Until recently, the marketplace remained a no man’s land separating the Muslim and Christian districts of Bambari, a town at the epicenter of civil war in the Central African Republic (CAR) from 2013 to 2017.

Today, three weeks before presidential and parliamentary elections in a tense climate, the town at the heart of one of the world’s poorest countries could be an emblem of reconciliation between communities that tore one another apart.

International donors and humanitarian agencies have concentrated their efforts on Bambari since 2017, treating the town as a “pilot project” for the rest of a divided, landlocked nation.

But despite the millions that have been spent, unemployment and poverty persist and uncertainties weigh heavy on the future.

Two-thirds of the CAR’s territory is still occupied and controlled by armed groups.

Bambari was long split in two and ravaged by fighting between Muslim former members of the Seleka, an alliance that toppled President Francois Bozize in 2013, and the largely Christian and animist anti-balaka militias, claiming to defend their communities.

Sporadic fighting between militias prevails in many parts of the CAR, in spite of a peace accord signed by 14 armed groups and the government in 2019.

Bambari buildings ruined by decades of abandonment by the state and the years of conflict are today getting a fresh coat of paint.

“We rejoice in the return of peaceful cohabitation, but it’s fragile because it also depends on the economy,” says Jeannot Nguernendji, president of Bambari’s Peace Committee, in his newly refurbished office.

In a report late last month, the World Bank urged the next government to diversify an economy that is heavily reliant on subsistence agriculture to “address the fragility trap and escape the vicious circle of violence”.

At the end of 2018, the CAR ranked in 188th place out of 189 in the United Nations’ Human Development Index, while 71 percent of the population lived below the international poverty threshold of $1.90 per day.

In Bambari as across the country, the streets are still full of young people who live from hand to mouth.

“If you see a young man who throws himself into the rebellion, it’s for lack of a job,” said Ousmane, a trader in a dusty bazaar in the Muslim quarter where goods from the capital have piled up.

“The few projects initiated by NGOs have slightly reduced the number of job seekers. Some have attended professional classes, but the unemployment remains,” said Bambari mayor Abel Matchipata.

Apart from the national sugar company and a few local mobile phone branches, “there are no big companies here,” he added.

Bambari can be proud of its three kilometers (two miles) of newly paved road, but the main users are motorcycle taxis and humanitarian vehicles. Goods trucks owned by traders are a rare sight.

Ultimately, the non-governmental organizations remain the main providers of jobs, but places are expensive and most of the qualified staff come from the capital Bangui.

“The NGOs launch a lot of projects but there is no mechanism to enable them to last,” said peace committee president Nguernendji.

Some organizations dependent on donor funds devise schemes that are sometimes divorced from reality in order simply “to survive”, said one of their managers, asking not to be named.

This practice leads to astonishing sights, like a Covid-19 awareness campaign for small children in a country where almost none of the adults wear masks.

Or like a 4×4 fitted with loudspeakers cruising Bambari streets to inform citizens of World Toilet Day — November 19 — meeting with general indifference.

A number of projects, however, do have concrete results, ranging from support for small businesses, well drilling, the renovation of the property, solar panels, sanitation, and the distribution of food.

But now that security has been restored, there is a lurking risk of dependence on international aid.

In and around Bambari, displaced people see little urgency in leaving sites run by NGOs to return to their homes, despite the assistance offered by UN agencies.

On the banks of the Ouakka river, an agro-pastoral center established by the International Organization for Migration provides one of the rare opportunities for young people to escape idleness and learn how to cultivate the land.

But of 165 beneficiaries who joined the scheme, many have given up, discouraged by the hard toil in the fields, according to the director. “People are unaware. They just want what’s given to them,” said Ousmane.