The American President is looking for every possible means to justify his claims of vote-rigging at the just ended US Election where he was denied a second term in the White house.

McCabe served as the bureau’s acting director after Trump fired then Federal Bureau Investigations Director, James Comey for his role in managing the Russia inquiry in 2017. On Tuesday, he defended the bureau’s investigation into the Trump campaign’s ties to Russia, saying that political bias played no role in an inquiry that shadowed much of President Donald Trump’s administration.

The president in response to Twitter describes McCabe and his former boss as a disgrace to the FBI. 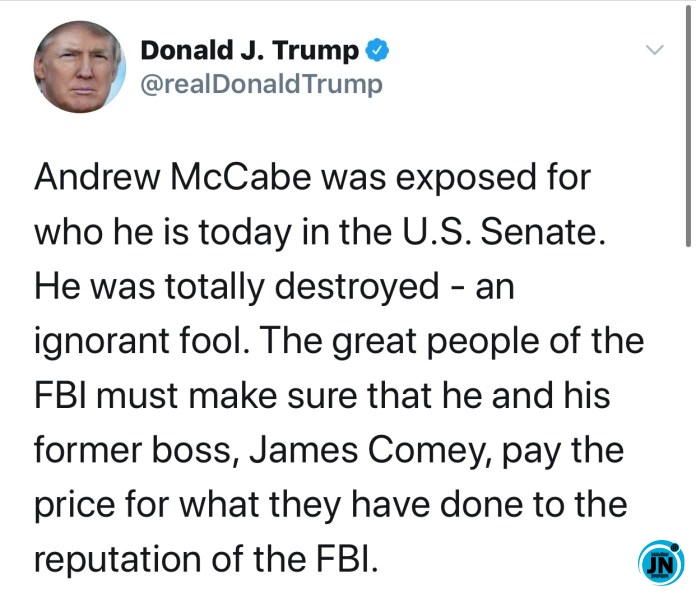 This is becoming very serious