Be Sincere!!! Zlatan ibile vs Naira Marley, Who is better? | JustNaija 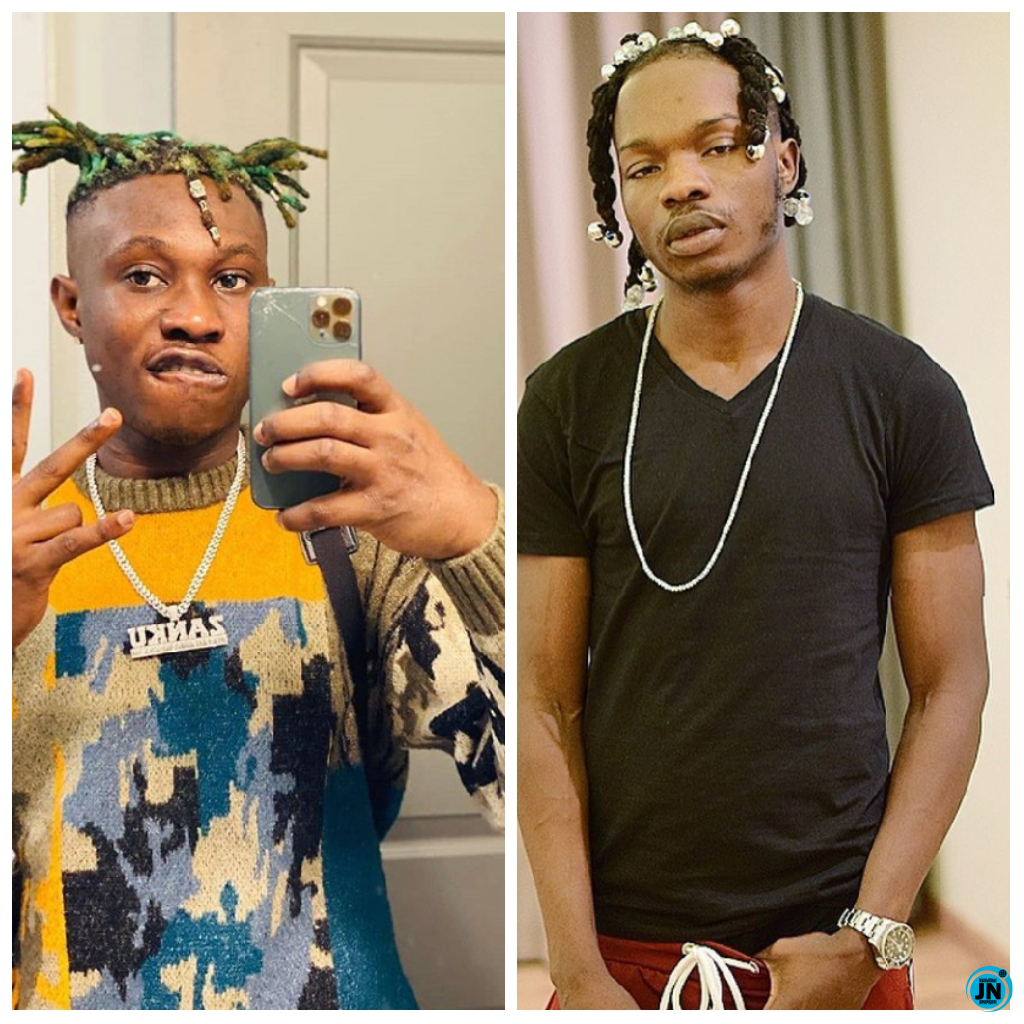 Widely acceptable fact, both songwriters Zlatan ibile and Naira Marley are among the hottest entertainers within the Nigerian music industry.

The talented music sensations have taken the music airwaves by storm and popularly known for inspiring controversial dance steps.

Omoniyi Temidayo Raphael popularly known with a stage name Zlatan ibile rose to prominence back in 2014 as the winner of the Airtel telecommunication One Mic Talent sponsored show.

He was a no doubt, a rare talent to watch out for in no distance time. Come 2018, the revelation was fulfilled with a hit trending single titled ''Zanku''.

The song was followed with further successes like ''Banku'' ''Bolanle'' and most recent of all ''Quilox''. Among the few mentioned a series of notable collaborations and featured also came through.

Azeez Fashola professionally known as Naira Marley who is a top pioneer in the UK AfroBashment scene has been in the entertainment sphere for quite some time now.

Meanwhile, the singer who is also known as the president of the controversial fan base, "Marlians" as shown a series of glimpses with notable singles ''like Lord of Lamba'', ''Soapy'' and ''Puta''.

Notwithstanding the above mentioned, Naira Marley has been involving in collaborations, featured, and his unique dancing steps can't be left out.

We could gladly see that both artists are delights to watch and listen to without doubts. Each of them has put together a fantastic social media fan base that is ready to receive their performance anytime.

For such reasons, we deem fit to stage comparison between the Zanku master and Soapy boss.  While we hear from fans of both Singers by hitting the comment section with their valuable thoughts on who is better between  ''Zlatan ibile vs Naira Marley?

Since I Went Solo, I Have Been Experiencing Peace Of Mind: Peter Okoye
Access Bet Officially Signs Davido As Their Brand Ambassador
[Lyrics] L.A.X - Gobe Ft 2Baba
‘You’re Broke Because You Waste Your Time Arguing About Davido & Wizkid On Social Media’ – Erigga
Comments

an hour and 21 minutes ago | Entertainment