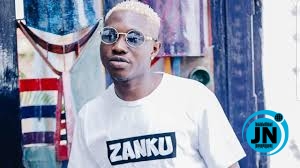 Zanku Records Label Boss, Zlatan Ibile has come under fire on Instagram for making a joke about the deadly coronvirus. Zlatan who announced on his page that he would be releasing a song titled corona added that his fans should prepare to contact the virus now.

A follower who wasn’t impressed with Zlatan for taking such a serious issue like coronavirus with levity made him realise he is nothing close to being a musician but a joke.

See their conversation below: