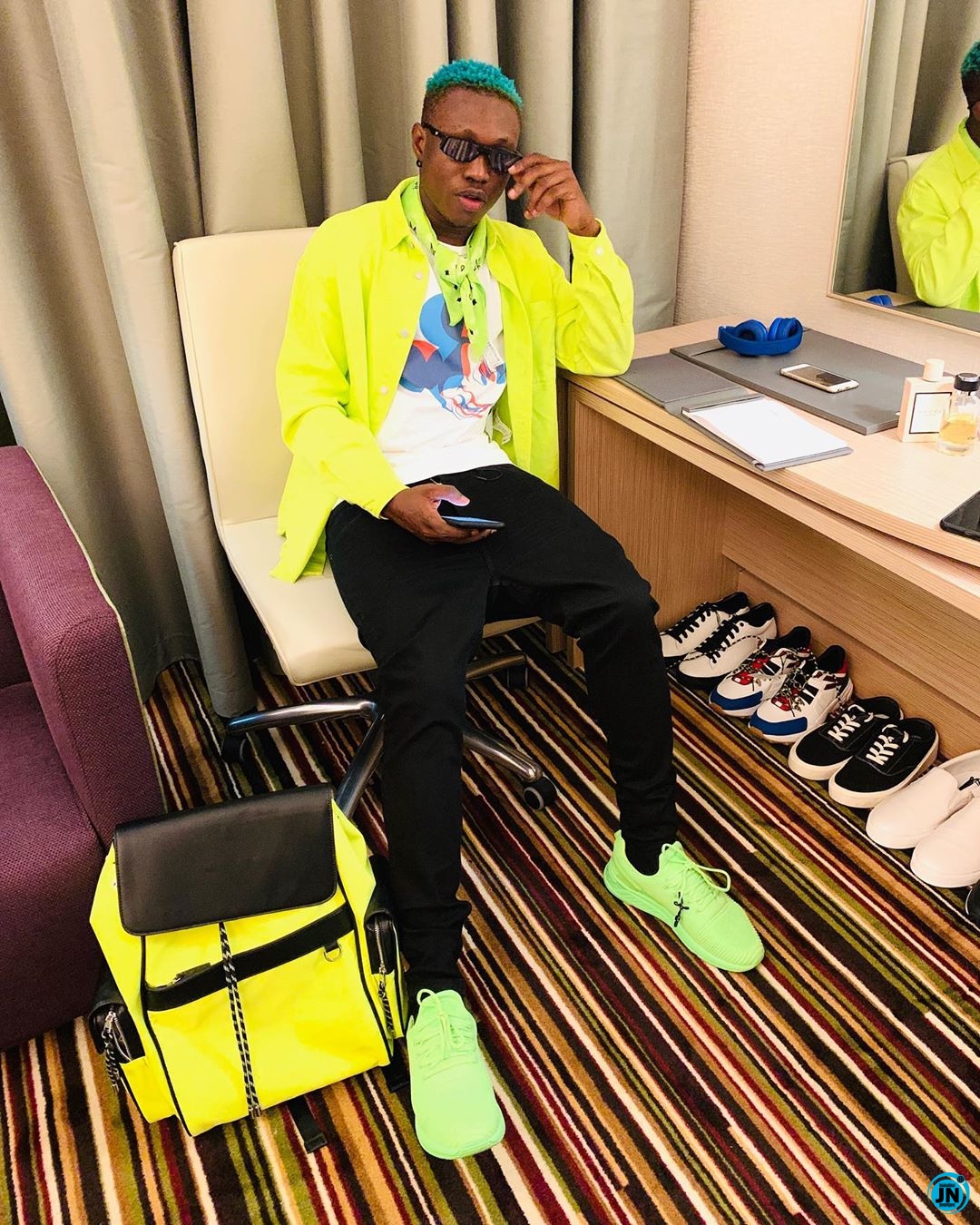 Popular Nigerian rapper, Zlatan Ibile has taken to the micro blogging platform, twitter to reveal how much he made from his first ever show at the start of his career and the amount he currently charges now to perform.

The CEO & Head Honcho of Zanku Records, took to his Twitter page to reveal that he was been paid N45,000 for his first ever show. He also used the opportunity, to reveal that he currently makes N15M and above from shows.

Reading what Zlatan tweeted, he wrote: 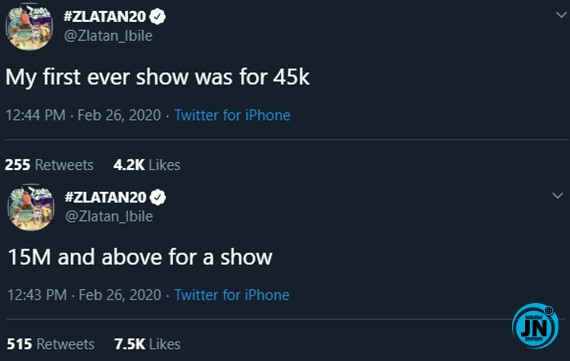 SCREENSHOT: Bobrisky shares a Photo of her late Mother, I look so much like my Mom and I misses her
“I can’t open my body, no matter how much you pay me” – Tonto Dikeh warns cloth vendors
#BBNAIJA: "I Have Received So Much Hate" – Former BBNaija Housemate, Eric Cries Out
Zlatan Ibile Reveals How Much His First Show Earned Him & How Much He Charges Now Per Show

Na over exageration b dat

Guy you lie all this shit na hype