“You’re An Ingrate, You blew From My Chicken Change”- Peruzzi’s Former Boss, Patrick Drags Him Again
Posted by

In regards to Peruzzi's contract, music fans believed Patrick Anyaene had agreed to bury the hatchet and let bygones be bygones. 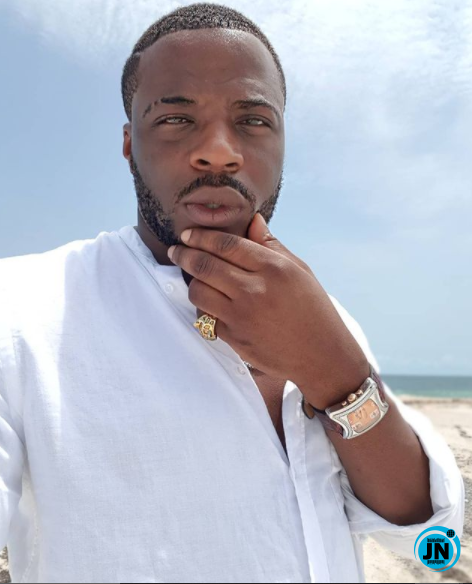 Imagine their surprise when Patrick slammed Peruzzi on The Nancy Isime Show for his latest interview.

Patrick shared everything he did and sacrificed for Peruzzi in a series of emotional tweets. He insulted Peruzzi and revealed that he was ungrateful. Patrick's'selfless' actions to help Peruzzi succeed were praised by some ardent fans.

Take a look at his tweets below.


Hey @Peruzzi_VIBES. OK I have kept quiet for a minute because ur lawyers begged I stopped social media until after the court case. I arrested u and you cried as usual, I have so much to leak but the contract is enough. you're Clown for real 🤡🤡. pic.twitter.com/ooxUhMqYE3

Actually don't have energy for you right now @Peruzzi_VIBES. You blew from my chicken change, do you think I am still chasing chicken change 😂. You will always be below me, keep chasing your chicken change fam. I get poultry. 😂😂. pic.twitter.com/tuYjiZZGlf

Peruzzi, Chief Rapist, You are a Coward, Cry baby, Liar, Fraudstar, Ritualist, cultists. The list goes on. You're no longer my concern, I leave you to your fate? Oh how's your spine. I heard Chemotherapy can help. Get well soon and God bless @Peruzzi_VIBES

How foolish of you to come on national tv and spill fallacy. Don't you have shame? @Peruzzi_VIBES.

I am one crazy motherfucker. All you have to do is cross the line

Peruzzi was previously signed to Golden Boy Records before joining DMW in 2016. You may remember how Partick vigorously pursued Peruzzi for a contract violation and threatened to make the same contract public. Patrick pulled Davido because of his friendship with Peruzzi, it's fair to say.

What my mum does when female friends visit me – Omotola Ekeinde’s son, Captain E opens up
How My Father Single-Handedly Trained Me And My Siblings After Our Mother Abandoned Us – Twitter Lady Narrates
She beats me a lot and I wonder if she is my mother – Mercy Johnson’s daughter, Purity cries out (Video)
'I Used To Be Shy Of My Body' – Curvy Actress, Biodun Okeowo Reveals