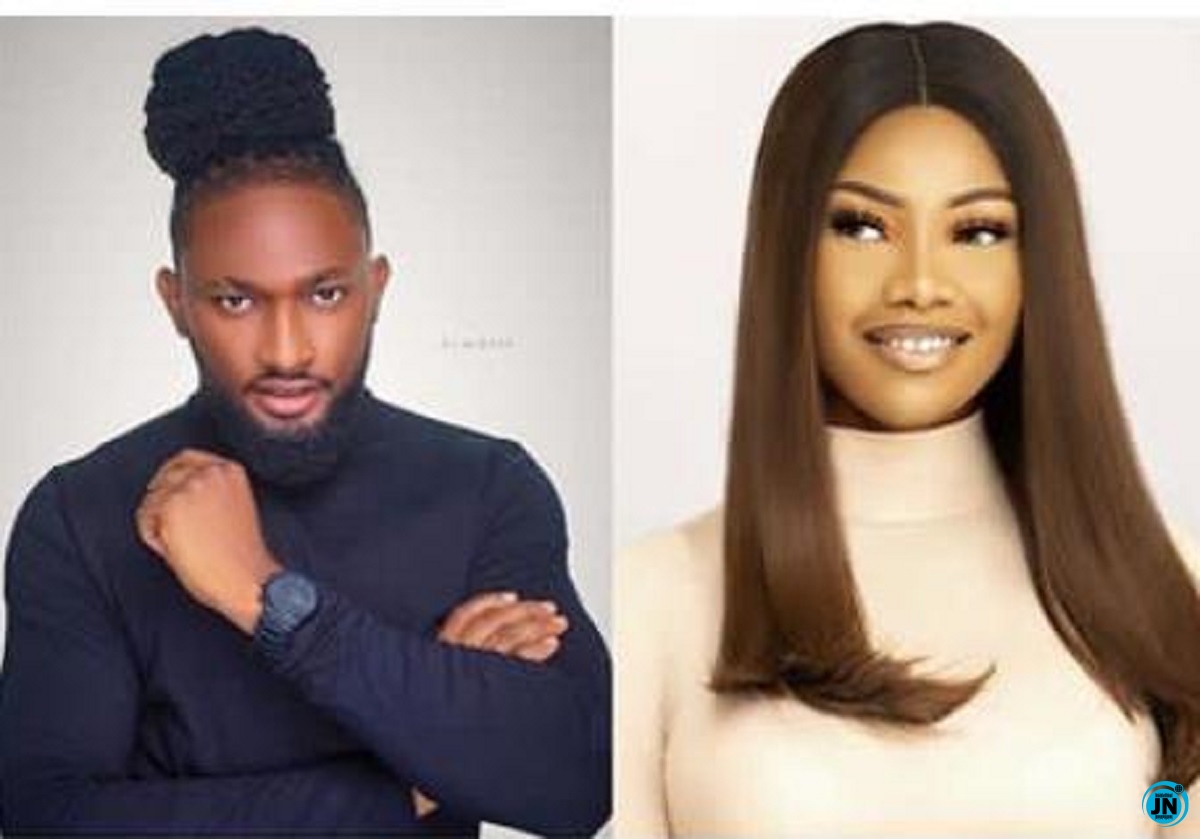 Big Brother Africa Winner Uti Nwachukwu has rendered an apology to BBNaija star, Tacha for using harsh words on her last year when she was disqualified.

In a recent post by him, he apologized to the young entrepreneur and all her fans for being so selfish and not thinking about how they felt or what she particularly was going through.

He, therefore, commend her tenacity for being able to remain calm and focusing on her future upon all the backlash and insult she received last year after she was disqualified from the BBNaija reality show.

But some netizens believe Uti Nwachukwu’s apology has a hidden agenda as they claim his brands have threatened to terminate his contracts hence he’s apologizing to all those he hurt with his words beginning with Laycon and his fans. 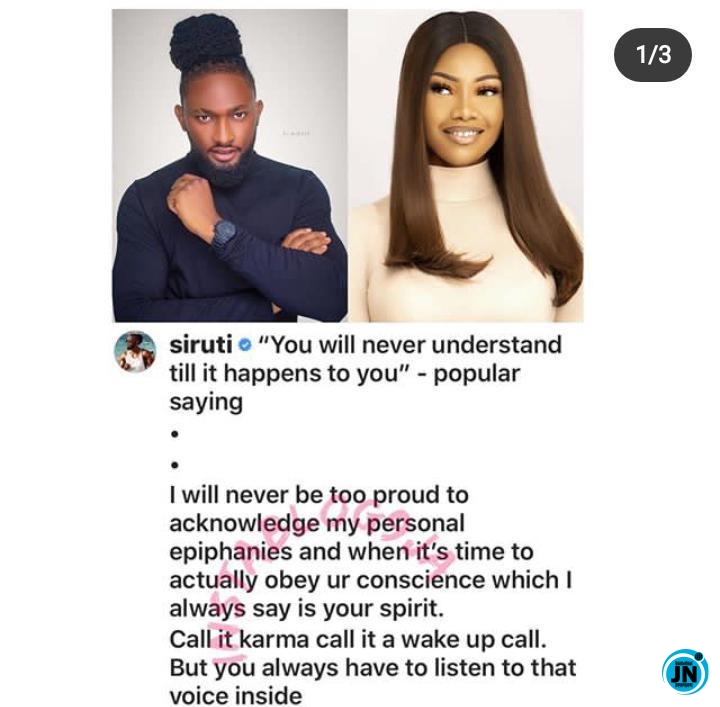 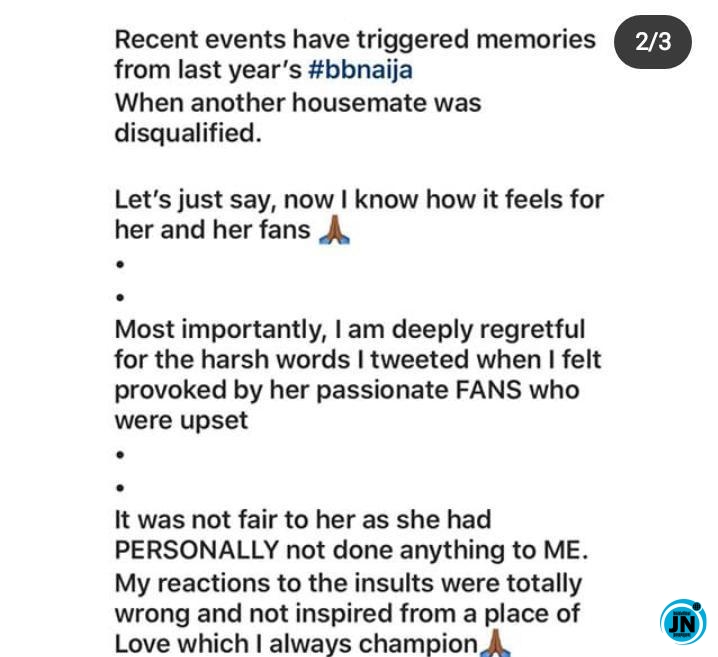 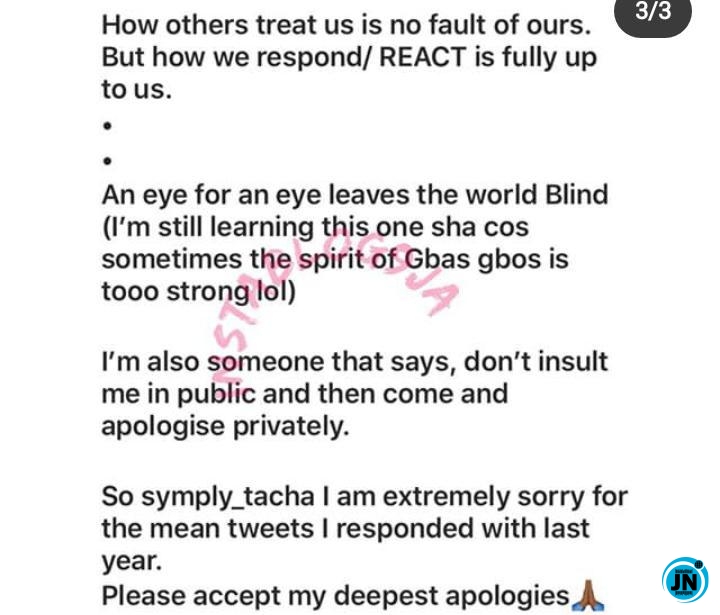