A follower has called on Bobrisky to notice that his manh**d is showing after he was captured dancing in a new video. 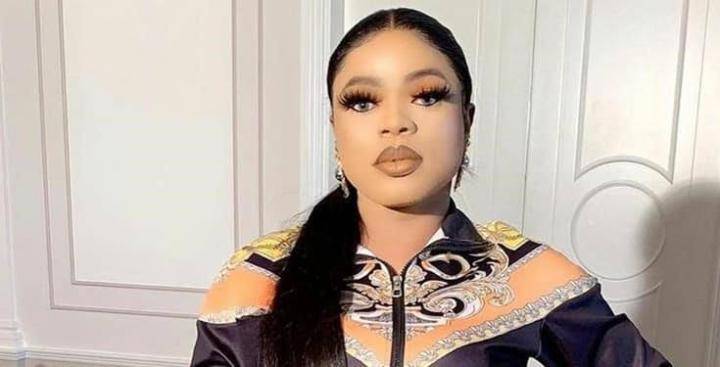 The controversial crossdressr shared a new video of himself dancing and different reactions followed it but one particular comment was outstanding.

Just days ago, Bobrisky had posted that he is minding his business now and doesn't want to reply to any troll because as he's doing that he is giving them free followers.

But now it seems people or the trolls are not even ready to mind their own business.

Why ? Because a guy went ahead to bring to his notice that his manh**d was popping out of the dress he was rocking in the video.

Bobrisky could be seen in the video dancing to Sarz and Wurld's collaborative song, ‘Mad’. 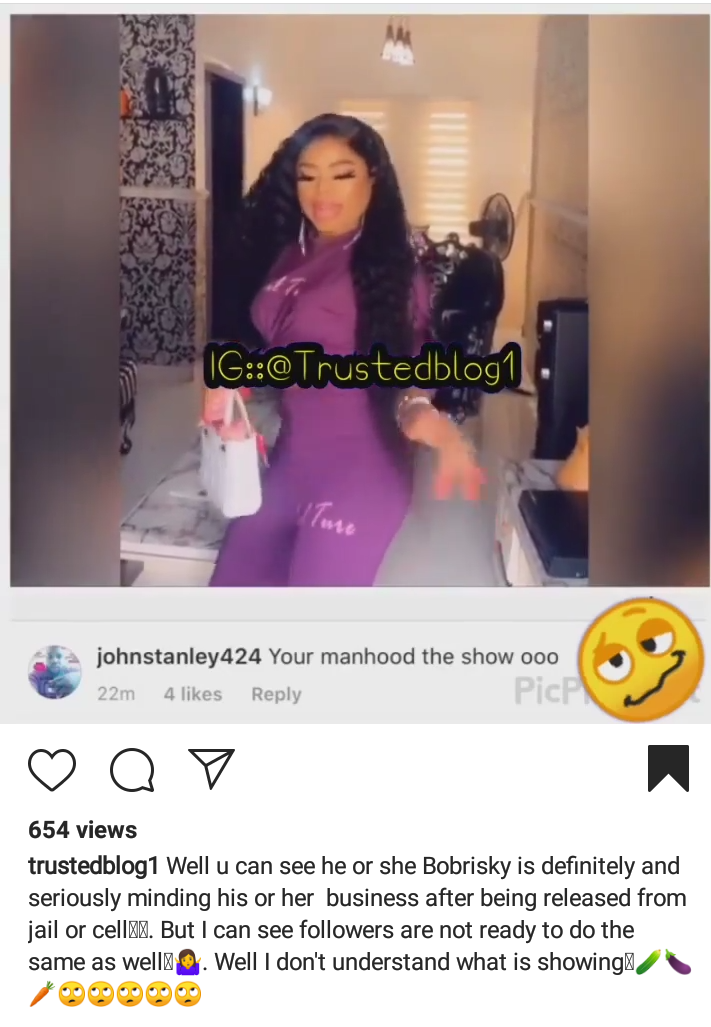