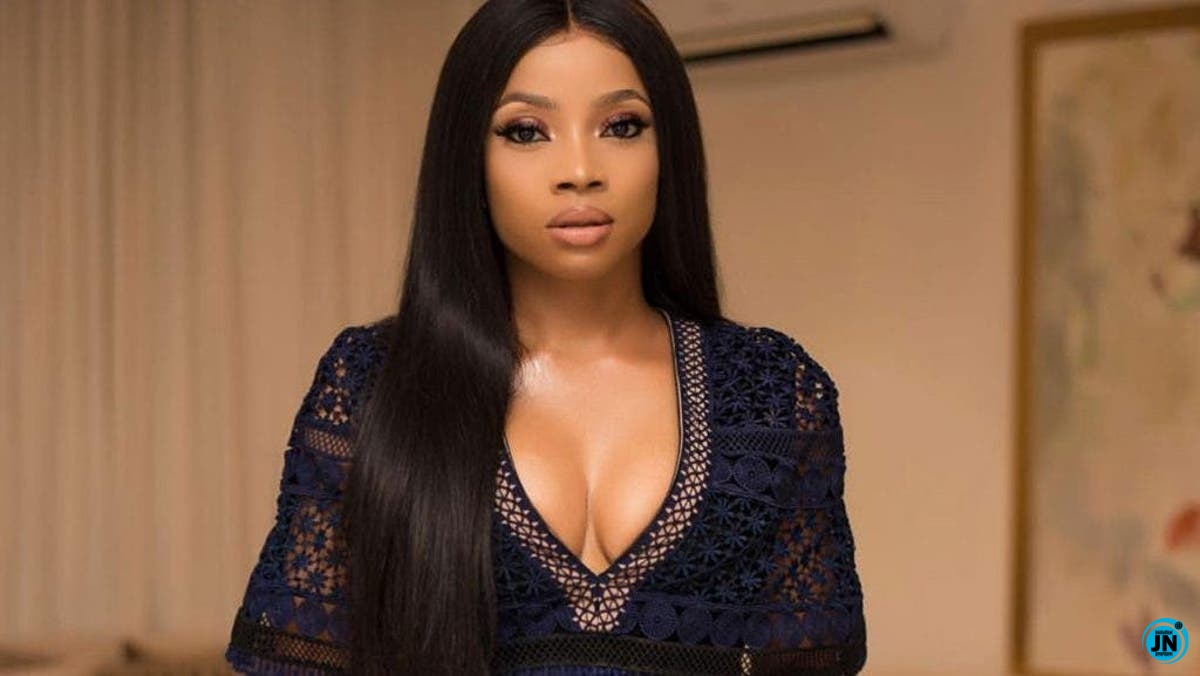 Radio presenter, Toke Makinwa, was the target of trolls and jest after she declared she wants to sign up for ‘Close legs association’.

Twitter has been buzzing since Monday this week, when the ‘Stingy Men Association of Nigeria’ became a movement.

Headed by celebrity music producer Don Jazzy, SMAN has been trending for hours with many users signing up.

In a bid to join the fun, Toke tweeted:

“This stingy men association na wa ooo… Abeg where can I sign up for Close legs association #Wemoveeee.”

However, a user named Emerald with the ID @MadamCondensed replied to her saying;

“if it didn’t close in Unilag it can’t close now.”

If it didn't close in Unilag it can't close now. https://t.co/SHqKKp9JiE

Stonebwoy should henceforth stop liking my post on social media – Iwan warns
“Nothing in life comes easy, even for finding a sugar daddy, you must work for it” – Socialite Huddah Monroe
#BBNAIJA5: "Nnegi Is The Sexiest Girl In The House" – Social Media Users Reacts
I Am Not As Perfect As Social Media Portrays - Yvonne Nelson