“Your behaviour was shameful” – Talent manager, Kara tackles Tega after she deactivated IG page
Posted by 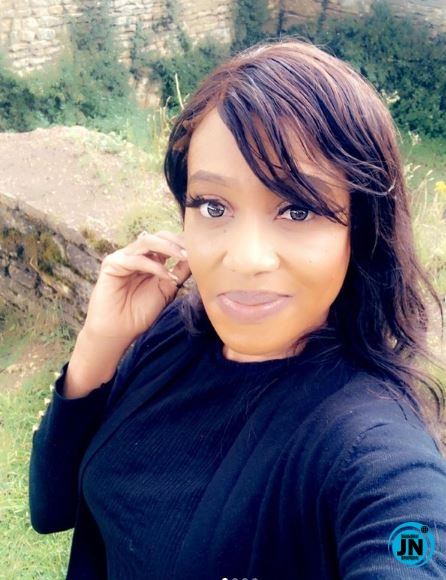 Talent manager, Kara has continued to tackle the BBNaija star, Tega Dominic who recently deactivated her Instagram page following the excessive trolls and online bullying she has been entertaining for participating in the reality show.

Tega via her Twitter handle had cried out profusely while stating that she is done with the heat from netizens. This led to the deactivation of her Instagram page a few hours later.

Reacting to this, Kara had slammed the mother of one for defending her sexcapade with Boma by saying it was scripted instead of admitting that she was wrong. 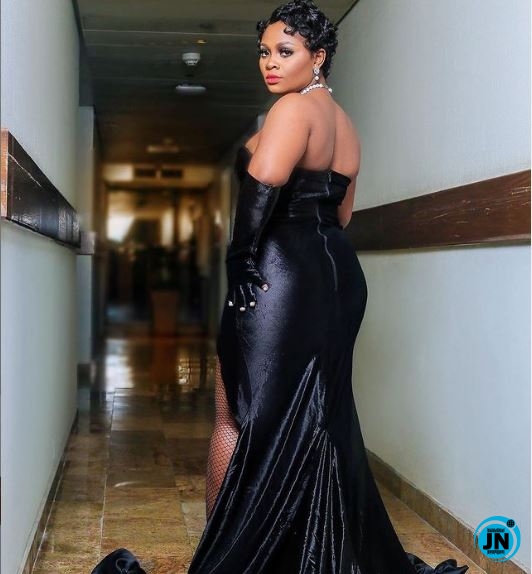 According to her, Tega’s behaviour was pretty shameful/abominable and this has subsequently made her husband to lost the respect he had for her as a wife. 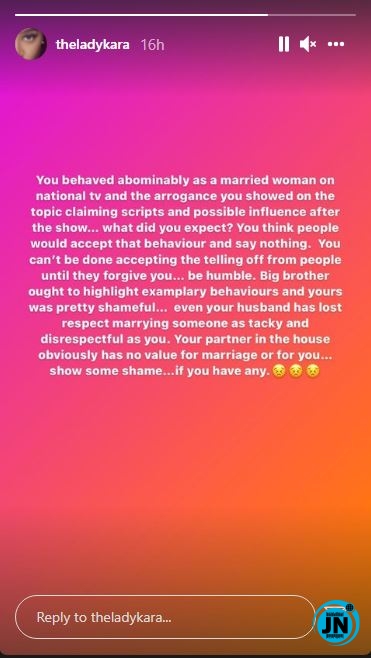 Barely 2 months after marriage, Mo Bimpe calls out husband, Lateef Adedimeji due to his behaviour (Video)
“Your behaviour was shameful” – Talent manager, Kara tackles Tega after she deactivated IG page