You would have been a lecturer at Legon if not for music – Fans tells M.infest
Posted by 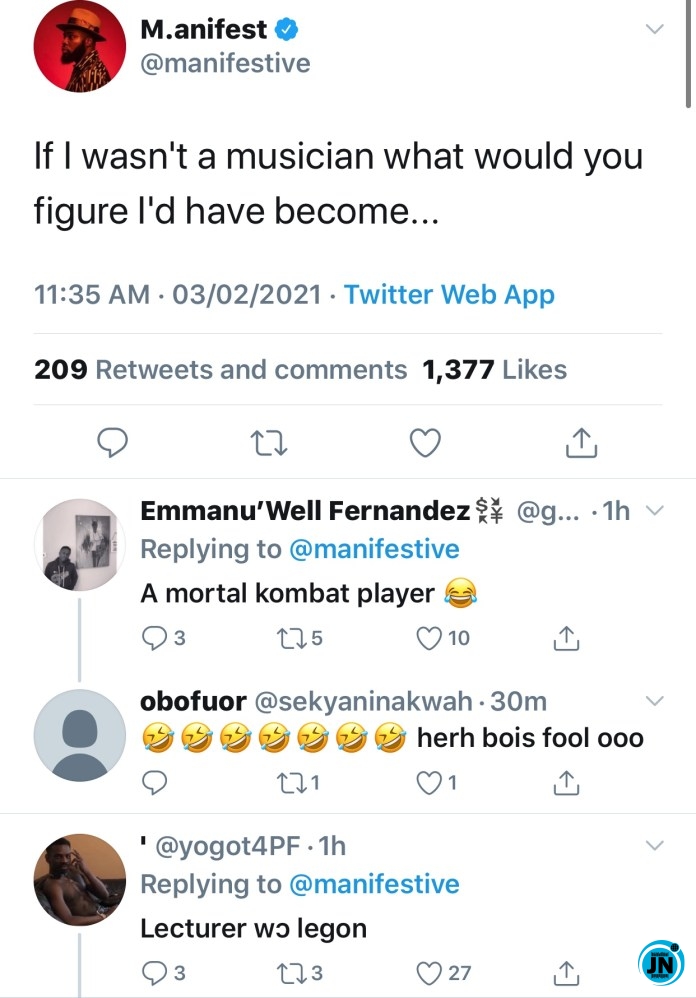 A M.anifest fan believes the Rapper would have been a lecturer at the University of Ghana, Legon if not for music.

The Rapper, born by arguably Ghana’s most highly rated Lawyer in the name of Tsatsu Tsikata, is one of the most Educated and brilliant artists when it comes to the music industry.

His infamous beef with Sarkodie where he flaws the BET award winner with massive English punchlines remains one of the reasons he has been rated so high when it comes to vocabularies.

Hilariously the first follower told the God MC the only thing he would have been doing by now without music is playing mortal kombact but another fan believes just as Sarkodie said in Kanta, M.anifest would have been in the lecture hall of legon today if he wasn’t a musician.

Fuel, electricity price hike burdensome for Nigerians, PDP tells President
“If you want to marry Drake, use juju, not prayers” – Uche Maduagwu tells Tems
Obasanjo Tells Nigerians- Good Leadership, You have a role to play.
Cheat On Your Partner Once In A While: Solomon Buchi Tells Ladies