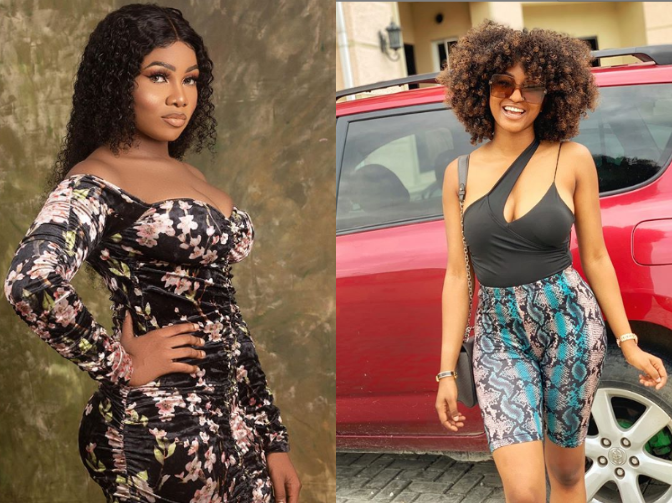 The Reunion party for the BBNaija 2019 reality show has kicked off with a bang and the heat it is expected to come with due to a clash between Tacha and Kimoprah.

In a short video making rounds on the internet, shows Kimoprah slamming Tacha, and also reminding her that she should know her place being a disqualified housemate.

In her words, Kim can be heard saying;

“Common, get a real life. You left, you were disqualified, darling. Calm down”, Kimoprah yelled at Tacha’s face.

Recall that Tacha was disqualified from the 2019 BBNaija reality TV show after she had an altercation with the eventual winner of the event, Mercy Eke.

Both reality TV stars called each other unprintable names and almost went physical on themselves.

According to Mercy Eke, Tacha has body odour and was causing great discomfort to the other housemates. Tacha fired back by labeling Mercy Eke a prostitute.

The beef between them still lives on till this day and has even extended to the point that their fans are going at each other.