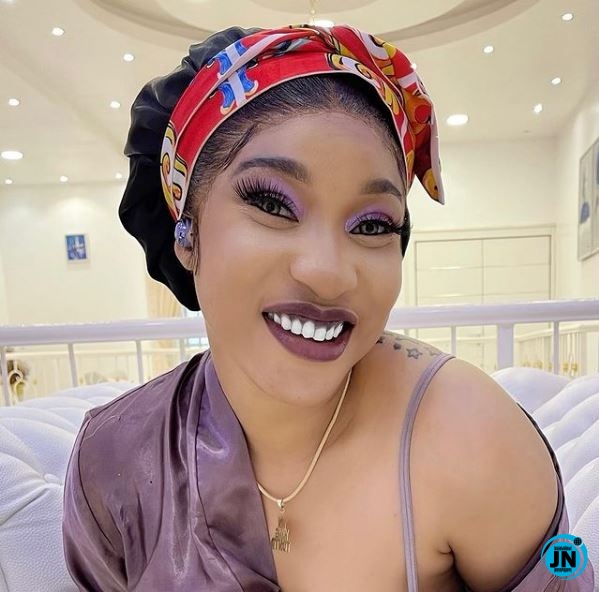 Tonto Dikeh in a most recent post has shared a confrontational chat she had with Prince Kpokpogri over the leaked audiotape which served as the genesis of their disagreement to date.

In the chat, Tonto had confronted Kpokpogri for leaking the demeaning audiotape, however, Kpokpogri denied having anything to do with it.

This triggered a lengthy response from Tonto which can be seen in the screenshot she shared. 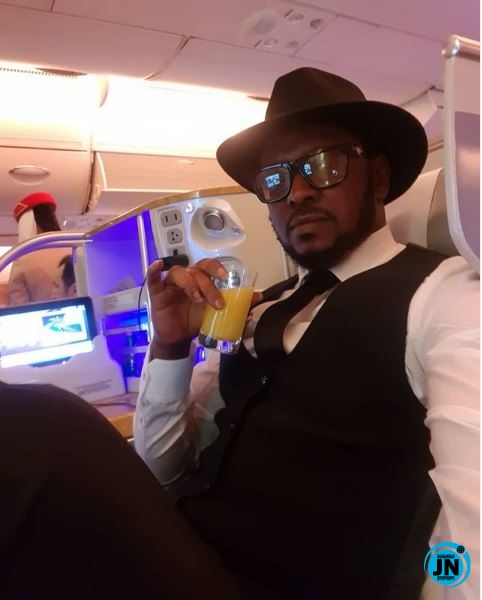 Recall that Kpokpogri had accused Tonto Dikeh of leaking the audiotape, as he claimed to be innocent, Tonto Dikeh has now fumed at how she would leak an audiotape that would be detrimental to her also.

“I am a very truthful person.I have not a bone of lie in me..I tried so hard to ignore all theseYou can’t ridicule me with the story that you broke off this relationship and then I leaked a voice note that would affect me too..You can’t also use my past to Hurt me either…..A relationship ended privately, you shld have left it in peace that way…Rather you went ahead with your blackmail threats and actually carried your threat out...You begged me to publicly come out and defend you in this and I didn’t, is that my crime??How cld I support you with such a demeaning leaked Voice note!!!..So far you have been the salty one and I have folded my hands to watch….I would love to respect youBut you would need to give me the opportunity to do so.Respect is earned!!

#THIS WILL BE MY LAST PUBLIC STATEMENT ON THIS.” 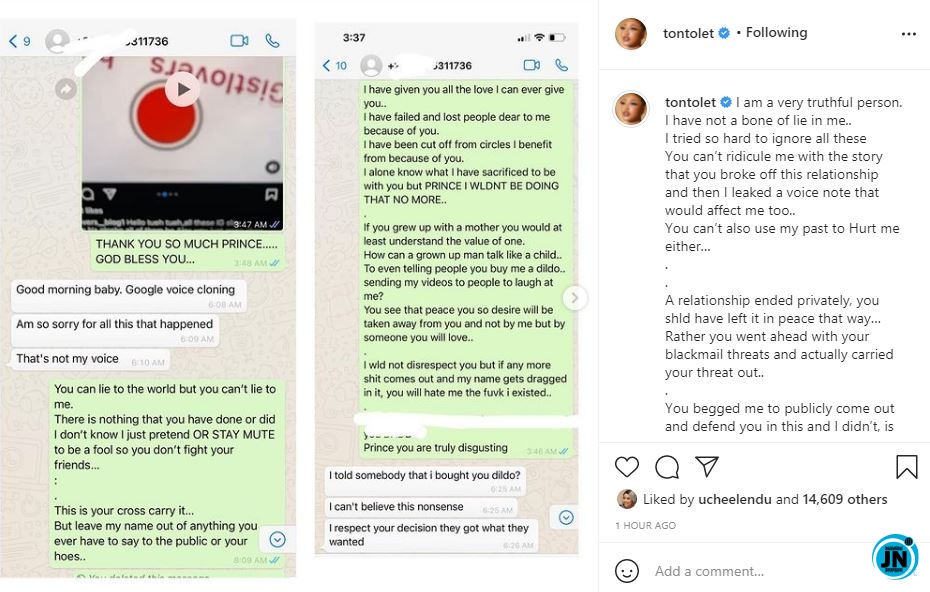 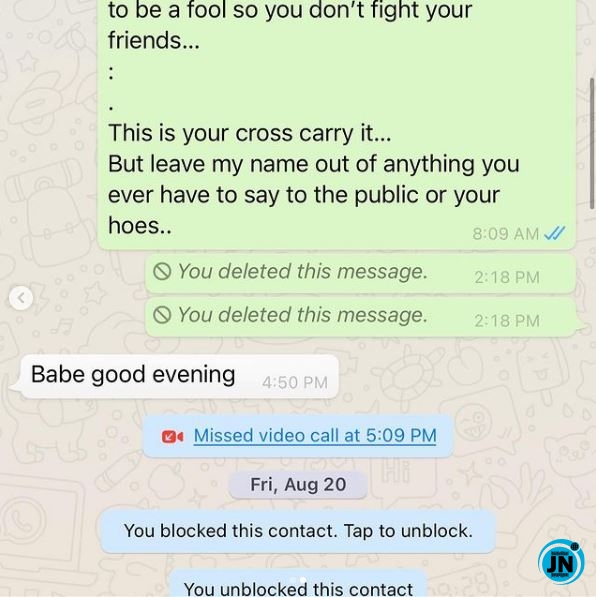 Nigerian man, Akingbade brutalizes wife with cutlass in Lagos .
‘He Must Make It’ - See Reactions To Trending Video Of A Boy Who Hawks Coconut With An Angelic Voice
Heartwarming moment Kiddwaya approached female fan on wheelchair to take photos with her (Video)
“Bestie wey dey feed you with urine” – Doris Ogala says as she exposes the ugly deeds between Uche Elendu and Benedict Johnson