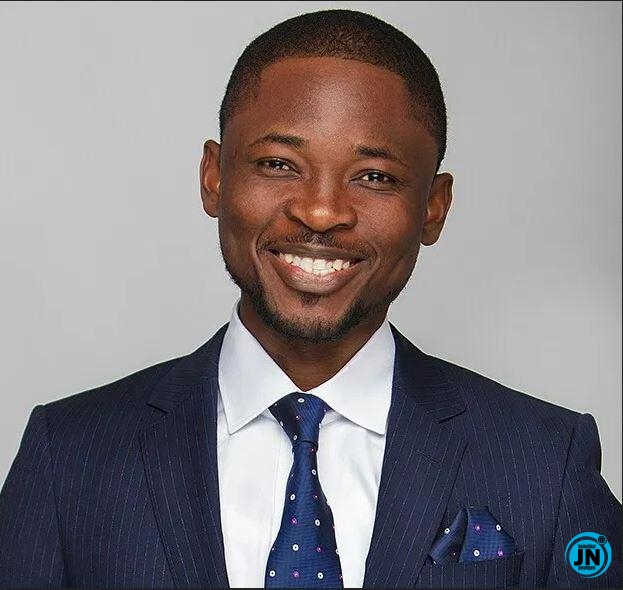 Nigerian Journalist, Japheth J. Omojuwa has dragged and condemned the derogatory tweet made by popular music producer, Samklef about Tems.

The Music producer has come under fire after tweeting that he is waiting patiently to set his eyes on Tems butt. 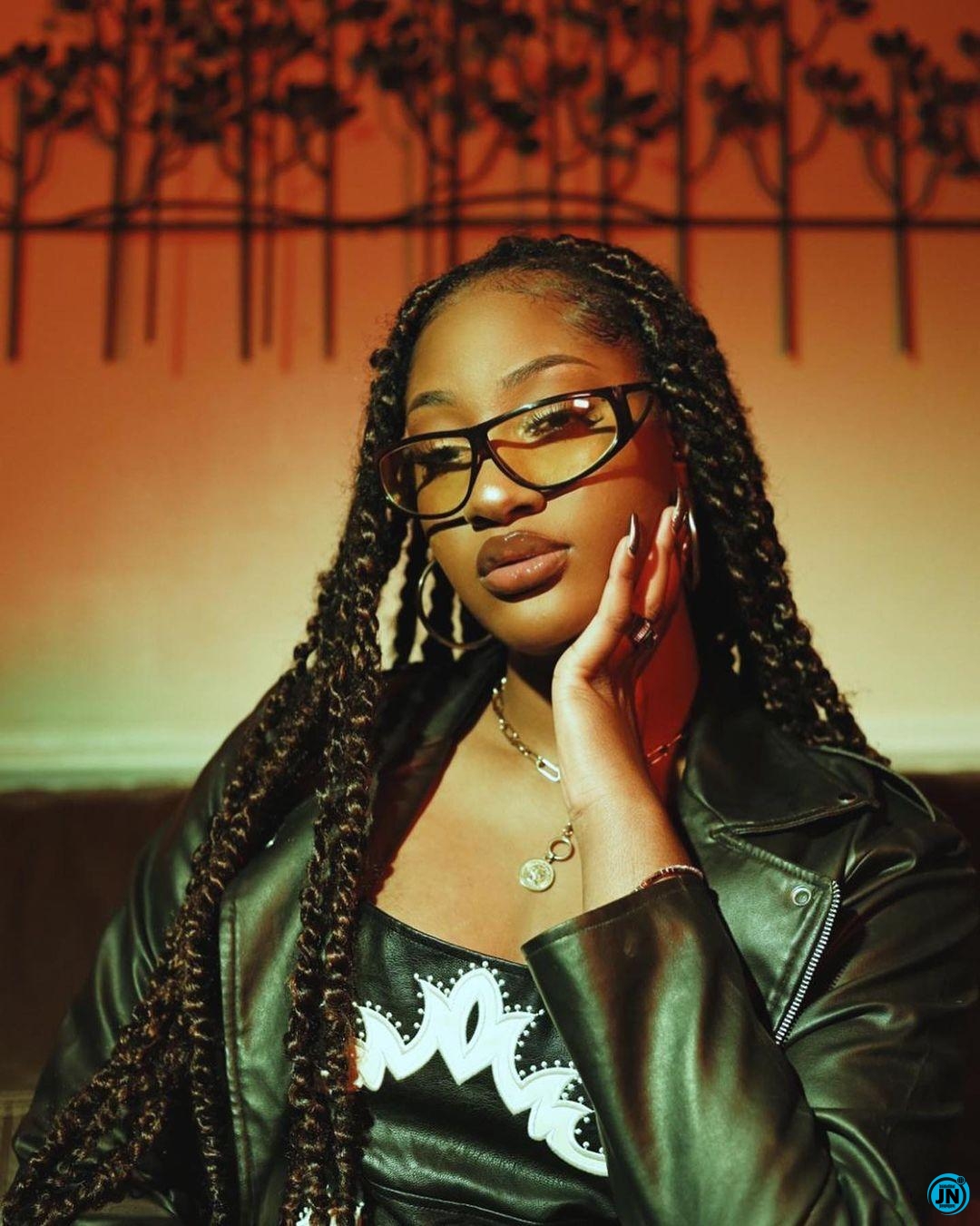 This assertion by him attracted a whole lot of reactions; among those who reacted was Simi who condemned such statement vehemently.

In spite of the correction and blast he got from Simi, Samklef went further to also lambast the singer (Simi), it was the act that caught the attention of J.J Omojuwa. 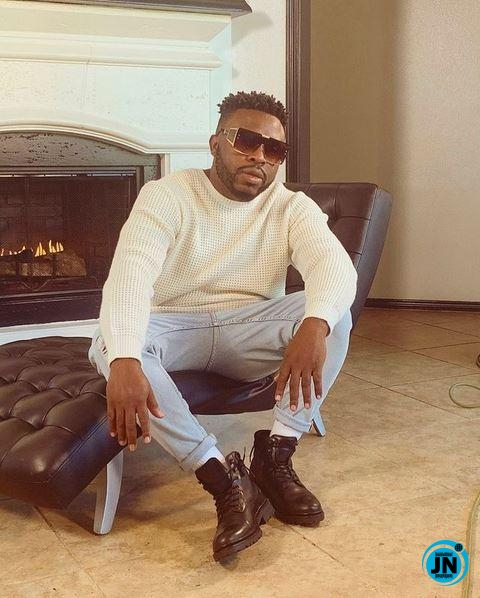 In a series of tweets, the Journalist blasted and condemned both his initial statement and his impenitent attitude. 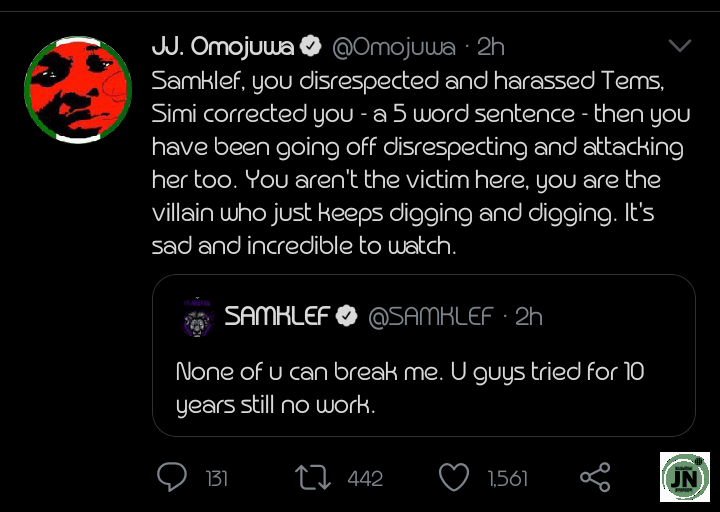 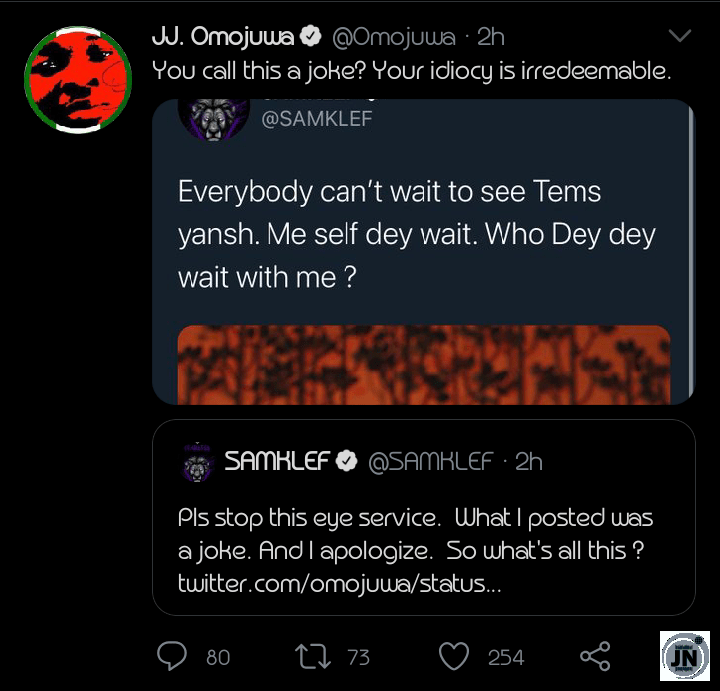 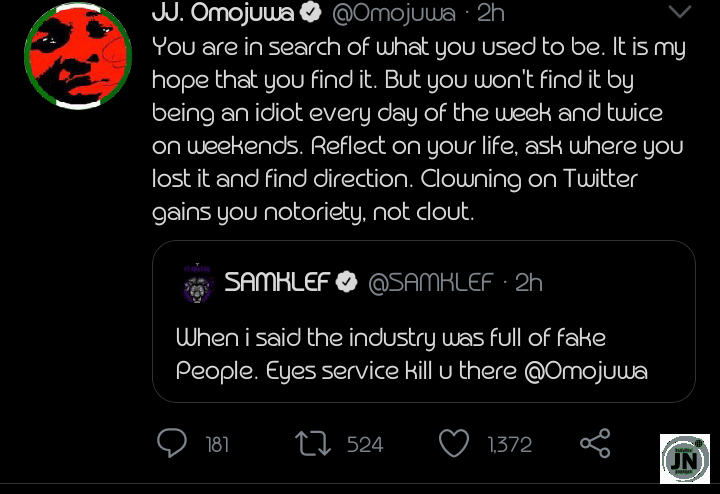 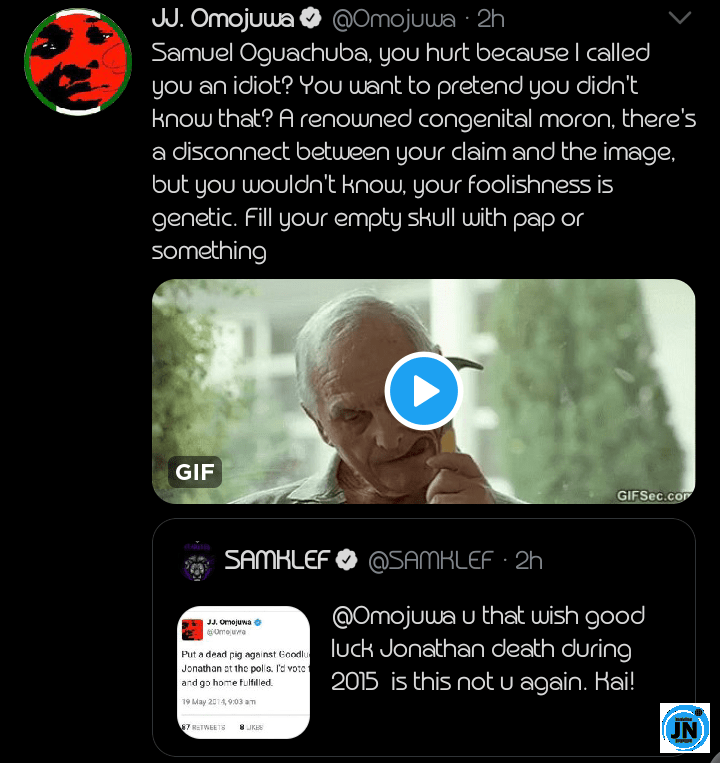 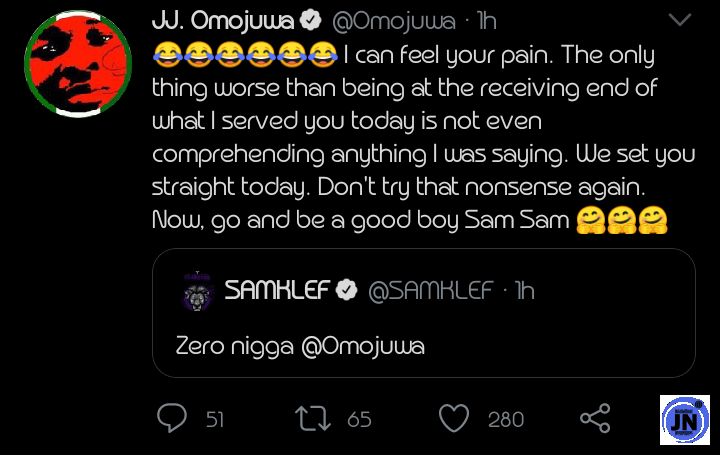