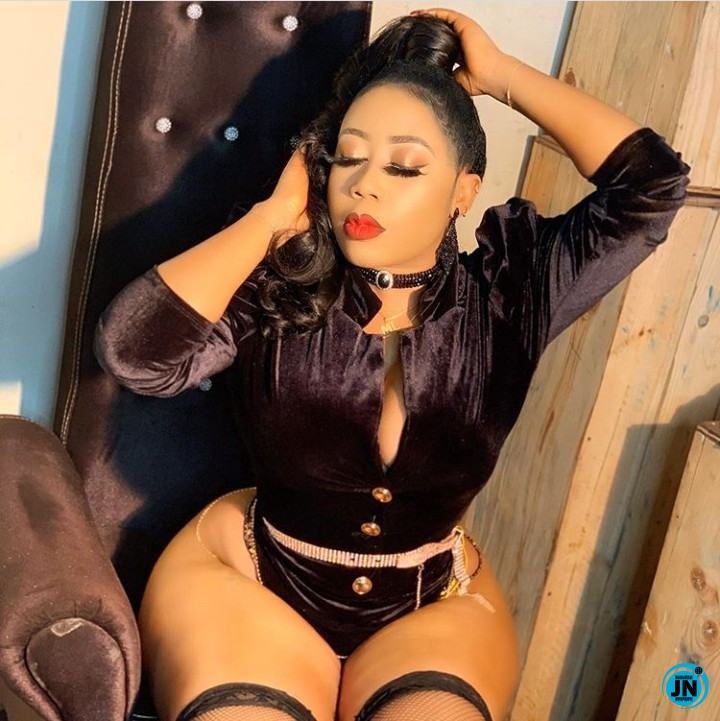 A bitter troll is not definitely having it with popular and endowed beautiful actress, Moyo Lawal.

The Yoruba actress  posted a work out video that made
most of her fans especially female fans get angry at her.

Known for always flaunting her endowed voluptuous natural backside apologetically, she recently posted the work out video and as you know her well endowed nature was also at full display to the fans.

Moyo shared the video with the caption;

Infuriated by this, a bitter fan decided to call her names. Below was the fan wrote;

“You’re a disgrace to womanhood… Useless she goat”  the fan wrote. 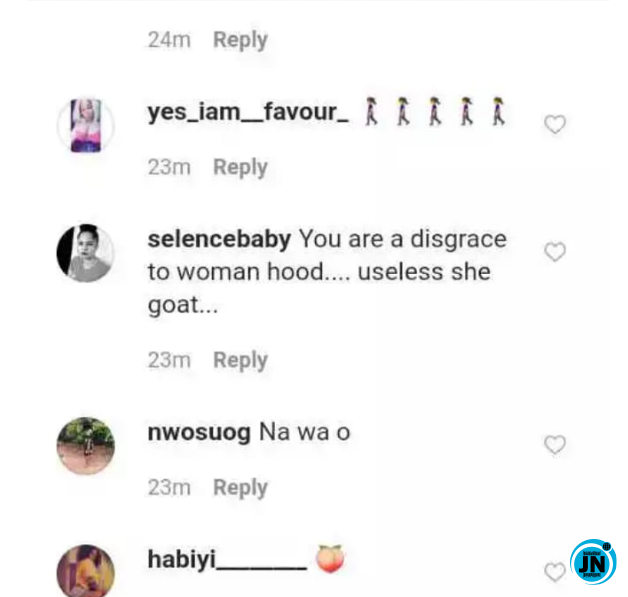 However, Moyo Lawal acted maturedly, and decided to ignore the comment.

"You Are A Disgrace To Womanhood" – Actress Moyo Lawal Gets Dragged By A Troll
Moyo Thomas finally speaks on paternity scandal with FCMB MD, Adam Nuru and husband’s death
Nollywood actress, Moyo Lawal shows off her massive backside as she twerks on Camera (Viral Video)
Moyo Thomas, who allegedly had babies for FCMB MD changes identity after husband, Tunde Thomas’ death