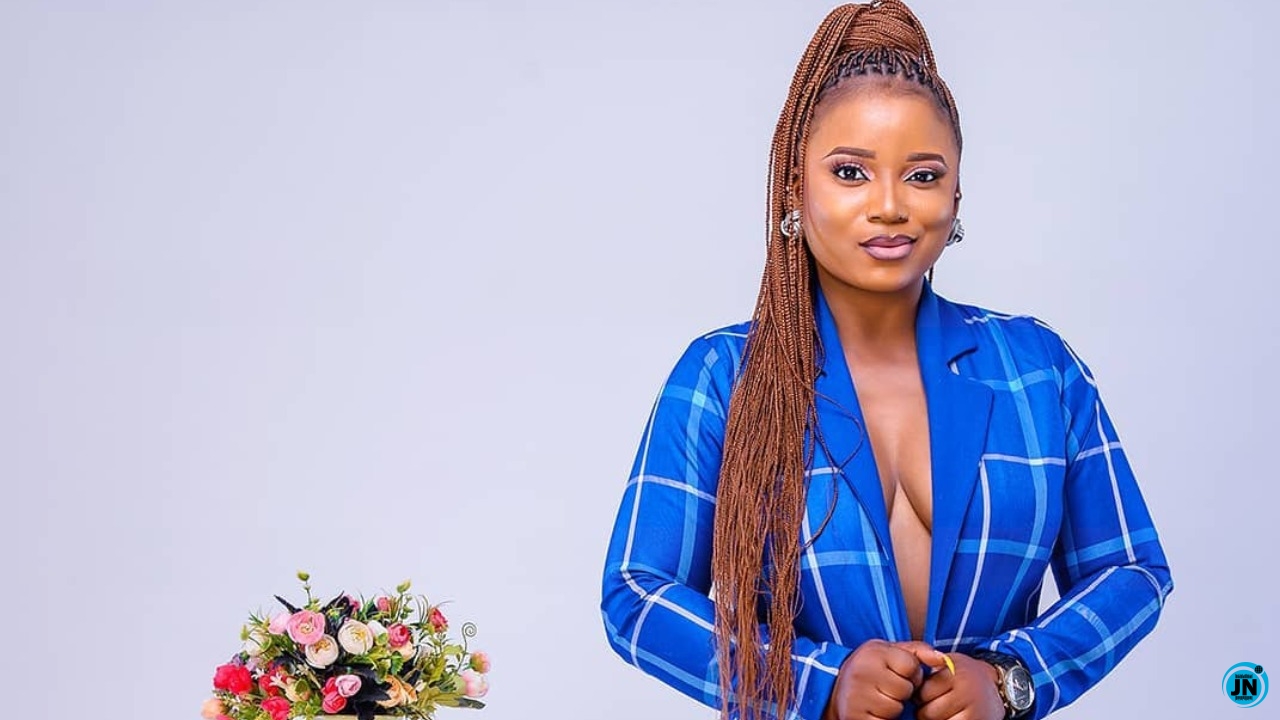 Rising Yoruba movies role interpreter, Omotola Odunsi better known as Motola, The Actor has averred that although she had faced countless randy movie producers and directors, her talent, not just her beauty will take her to greater heights.

“I’m not desperate to attain fame. Lots of these Nollywood producers and directors are always running after me.

Either asking me out or asking for sex.

I am not in the industry for that. In fact, I had to resign from banking in 2019 because of my passion for acting, so I wouldn’t jeopardise it by sleeping around.

I have what it takes to get up there.

It has not been easy, but with God, I shall continue to excel,”

Omotola Odunsi is also sending a green light to all bachelors out there that she’s single and ready to mingle.

“I’m very single and ready to mingle. I had to chose between my boyfriend and my job because he couldn’t understand the deep passion I have for my career.

My ex refused to understand that I am not emotionally attached to the characters I play in movies. When playing romantic roles, I just have to portray what the director wants and make it appear real.

That is what makes me a professional, right? He wasn’t cool with it, so he said he was scared of losing him.

He forced me to choose between him and my job.”