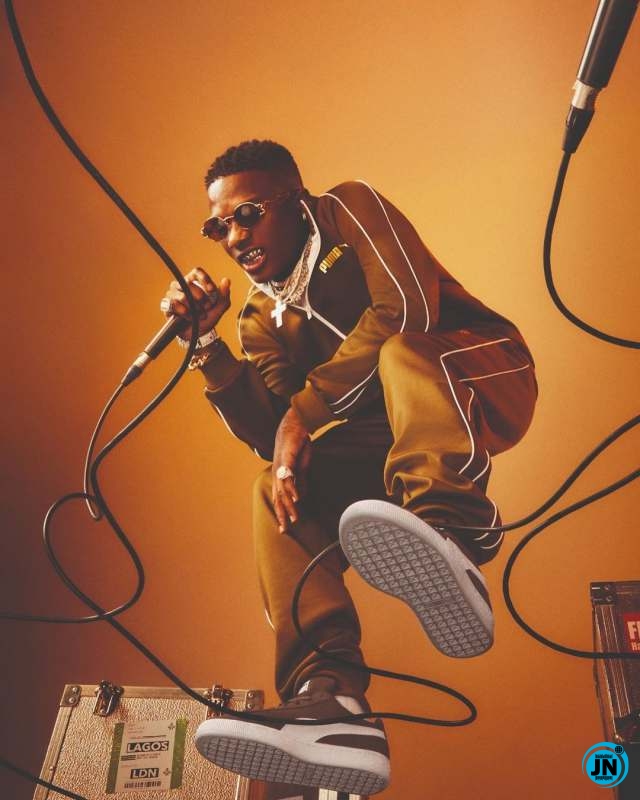 Fans of the popular singer, Wizkid reacts joyfully as their favourite artiste bags an honour at the 52nd NAACP Image Award.

The singer who won his first Grammy awards this year has also been announced as the winner of the ‘Outstanding Music Video/Visual Album’ category for his collaboration with Beyonce on ‘Brown Skin Girl.’

In reaction, fans of Wizzy has taken to social media to express ecstatic feeling as they raise high the flag of pride of their favourite singer. 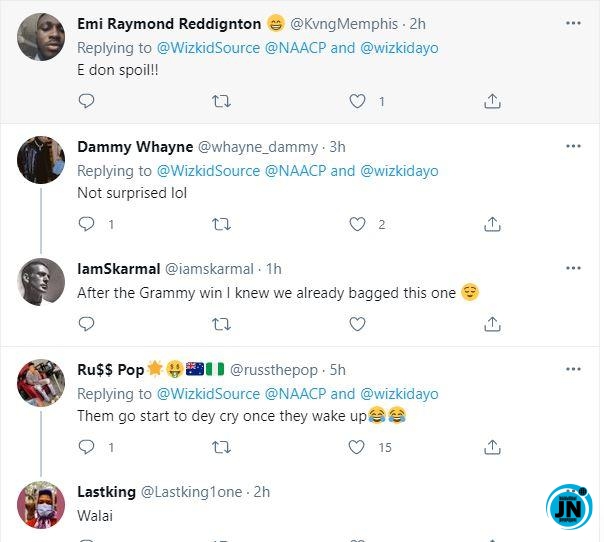 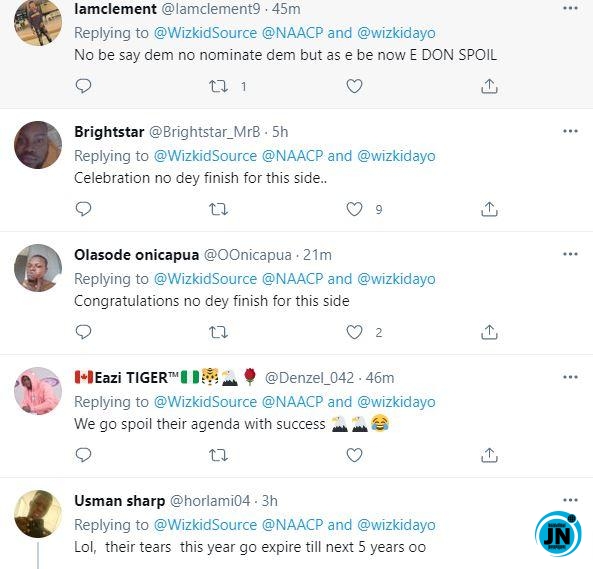 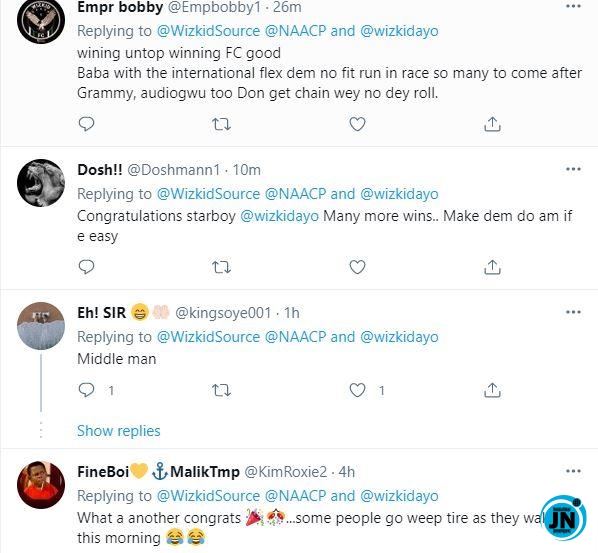 “I know I’m not perfect” – Tuface says as he shares photo with Annie Idibia in celebration of his birthday
‘You are shaking your imagination’, Netizens blast Bobrisky as he tensions fans with his body online
Simi speaks about the change in her sound and working with Adekunle Gold
Little Amarachi who won Airtel dance contest years ago wows netizens with transformation photos [Video]