Peruzzi had just dropped his debut album yesterday and fans are surprised why he still chose to share a link to Wizkid’s new video yesterday.

It's a natural thing for music superstars to focus on themselves only when they drop a new project but Peruzzi was seen sharing a link to Wizkid’s ‘Essence’ video which dropped yesterday which looked odd. 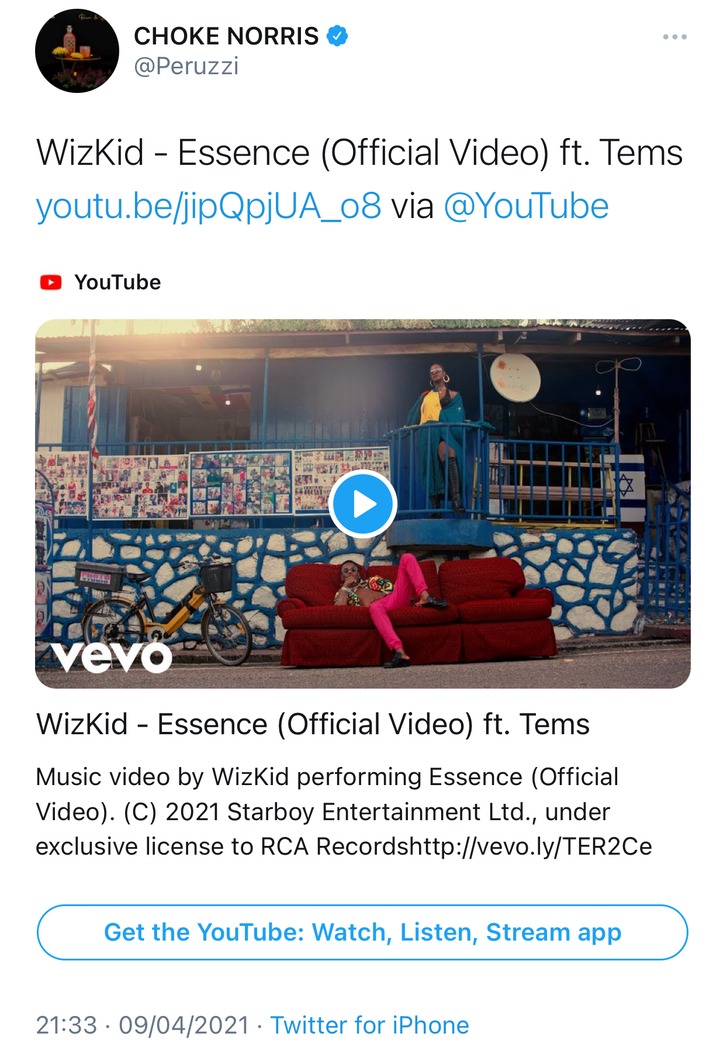 @gpraiz_ wrote: This one need validation from FC Who will stream album of 20 tracks full of old songs 😂

@ThugLife_Back said: They no send you sha 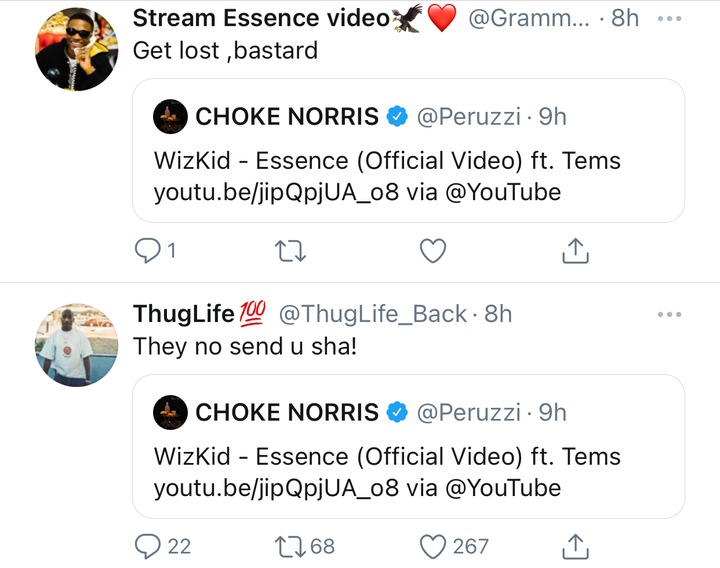 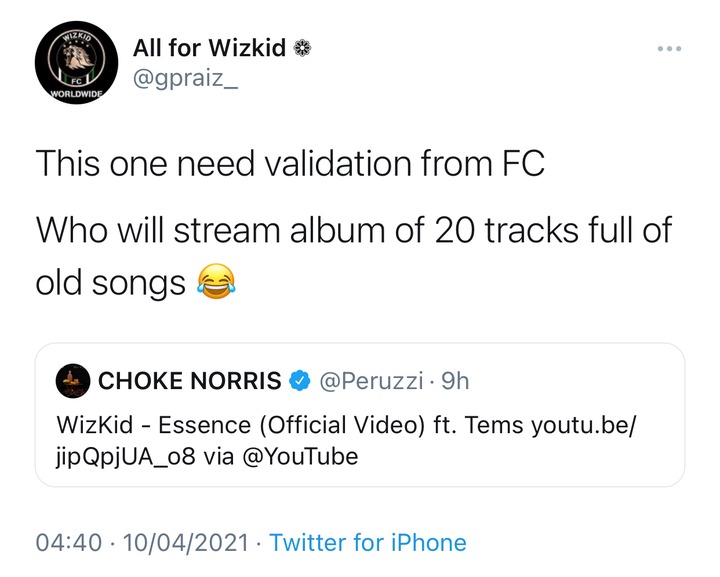 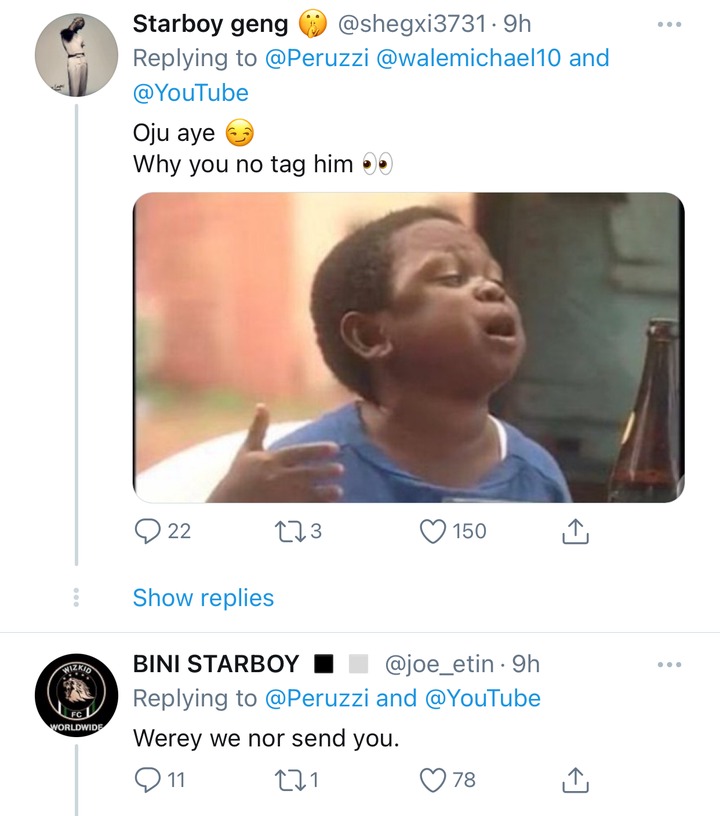 However, some Wizkid fans have stated that Peruzzi was only playing around and he did this so as to get streams for his new album from them.

“A Mothers Joy Begins When A New Life Is Stirring Inside" – Nina Ivy, As She Shows Off Baby Bump
Arsenal pull plug on Rob Holding’s move to Newcastle
Photos: Between Chioma And Davido’s Rumoured New Girlfriend, Who Rocks The Green Outfit Better?
Is This How I Will Carry My Virginity Into The New Year Again? Alexx Ekubo Laments