Wizkid again for the umpteenth time is sending signals to everyone who claims he is not performing his role as a father to his kids. 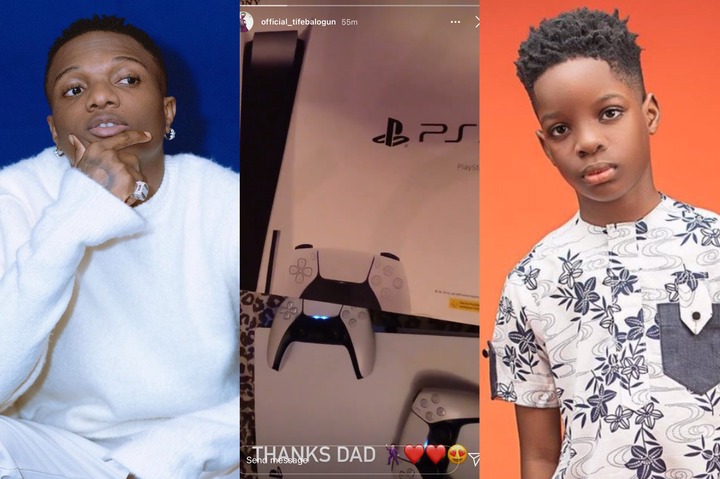 The Nigerian music superstar just got his first son, Boluwatife Balogun the new and latest PlayStation 5 which costs at least five hundred thousand Naira or more than in Nigeria.

The PlayStation 5 is one thing Nigerians have always been talking about since the availability of the home video game console developed by Sony Interactive Entertainment.

Due to the video game console high price, majority of Nigerians have ran far away from acquiring it but mega star singer, Wizkid has just got one for his 9-year-old son.

The video game console is definitely coming to Boluwatife as a random gift from his dad since his birthday is even still far off, that means Wizkid just bought it and gave to him.

The young boy took to his Instagram account to show his appreciation to his dad. He wrote: 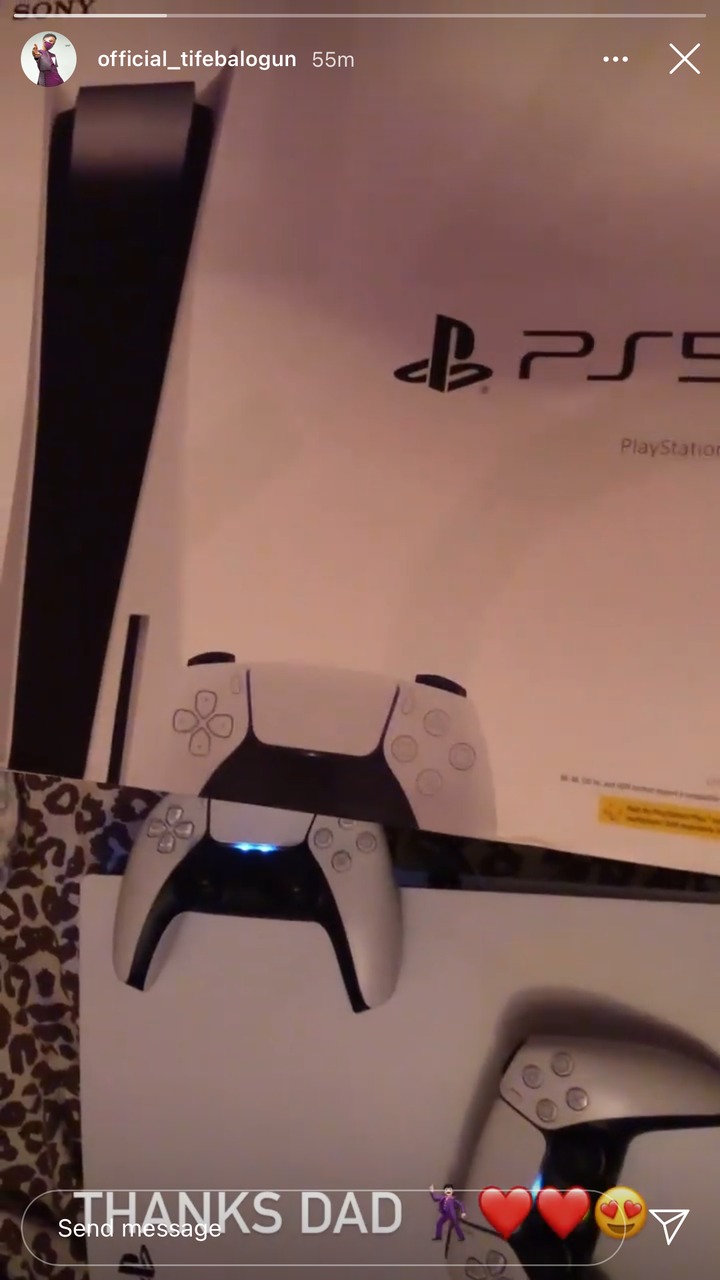 His mother as well, Shola Ogudu took to Twitter to say something about the gift, she tweeted:

“Dad with the premium gifts 😍 Tife is above the moon right now. 😅” 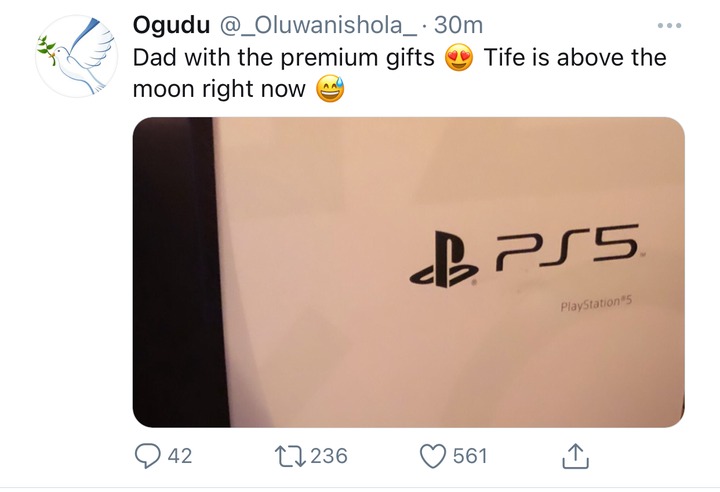 Wizkid didn't post the ps5, the receiver did. Take note

I didn't know that wizkid has a child of that age, Congratulations to be a good dad

That is nice you are a good father to be in fact u are so nice.