The lavish things as well as the positive things he enjoyed in his career in this life owned by award-winning singer Wizkid have all come from music. 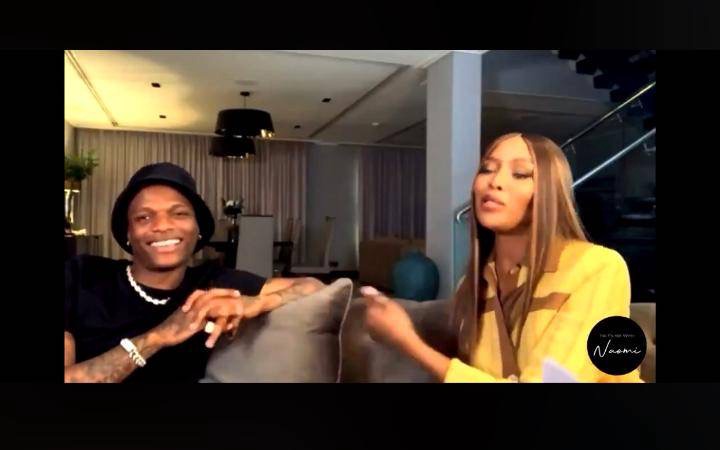 With Wizkid, 50 years old British model, Naomi Campbell had a talk about his warmly welcome and the way he gives his back to his ever riding and teeming fans.

Wizkid has confirmed that music has literally turned his life around, his family's life, and everyone he cares about. He stated in the interview that he gave his entire life to music and he is grateful for how far his career has come.

Wizkid in the interview spoke extensively on other things about him as he revealed he gives money to people on the streets in Lagos whenever he was in town.

‘Mama Go Back To Sleep Oh’ - Followers React As Tonto Dikeh Reveals What She Woke Up Thinking Of
Actress Yvonne Jegede, Reveals She Left Her Ex-Husband After Getting What She Wanted
‘Story Of My Life’ - Tiwa Savage Reveal What Happens To Her When She Gets Back Home After Clubbing
“What An Achievement” - YouTube Praises Wizkid As 'JORO' Hits 113 Million Views