For a long time now, the Grammy award is an award long sought after by Nigerian artist and over the years some Nigerians have been nominated but none has brought it home. 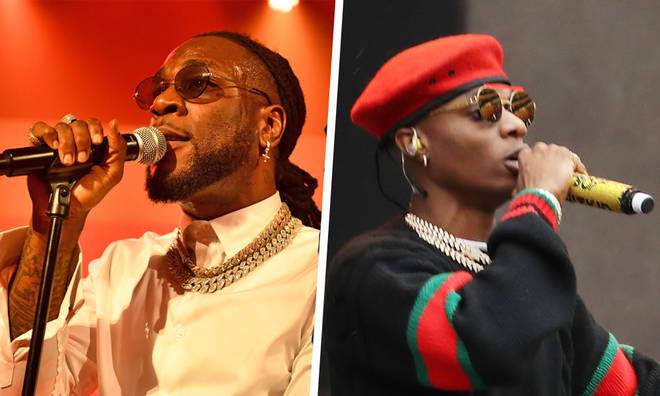 Apart from Seun Kuti and Femi Kuti who have been very close it with multiple nominations, Burna Boy and Wizkid are next and look very close to bringing the award home.

Wizkid and Burna Boy have both bagged one nomination each.

Burna Boy got a Grammy nomination for his album, "African Giant," while Wizkid on the other hand got nominated for being a writer and producer on American rapper, Drake's album, "Views."

Well, in the last three years the massive success of these two artists internationally has always led to debates on social media between their fans have always been on the talk that their favorites would come home with the Grammy award first.

Well, the self acclaimed African Giant, Burna Boy just dropped his much anticipated album, "Twice As Tall" this morning and the talk of him winning a Grammy award has popped up again.

Wizkid as well is on the bill to drop his new album, "Made In Lagos" very soon and it is undoubtedly tipped by his fans to get a Grammy nod or award due to the features announced to be on the project.

Well, Nigerians on Twitter have started the debate on who would come first with the award.

"We apreciate them but who do you think can win us the Grammys ? 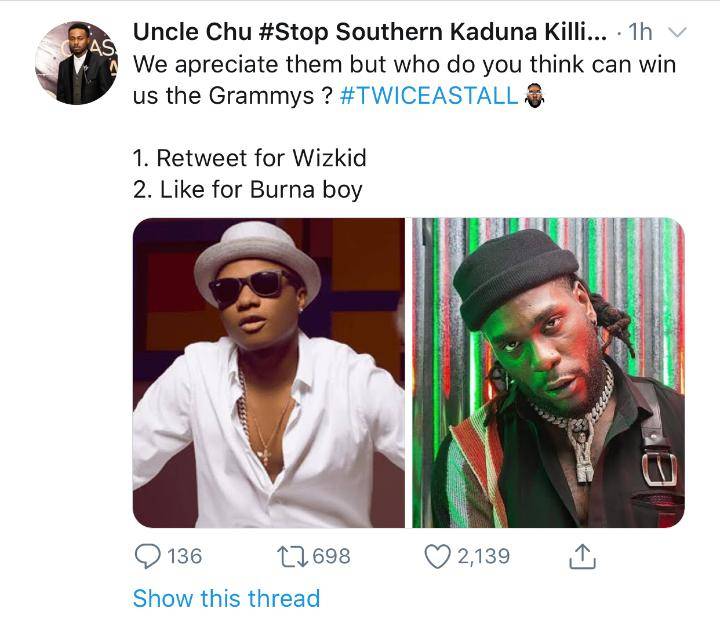 Well, this tweet has blown up and many have reacted deciding and debating on who would come home first with the most prestigious award in the world.

Well, if you look at the tweet above closely you would see the likes are way more than the retweet which states that Burna Boy is leading the poll.

Well, in the comment section of the post, different reactions have been poured in and many are tipping Wizkid too you can see it below: 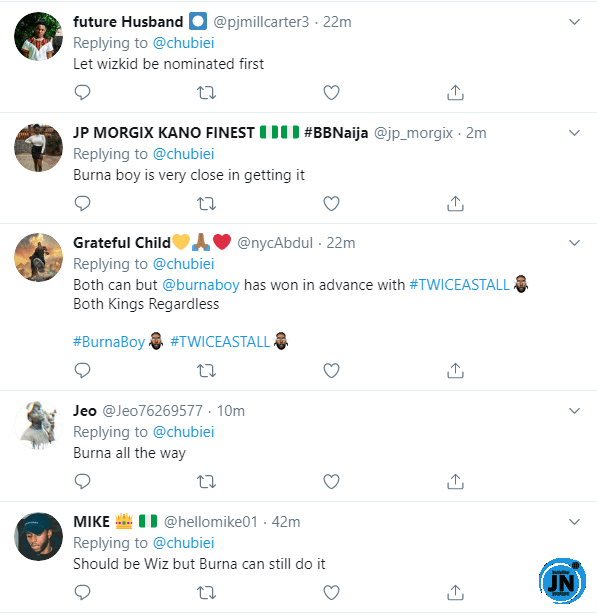 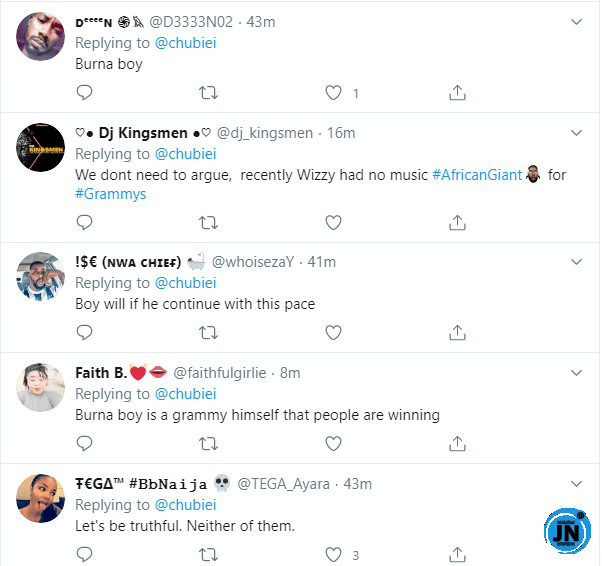 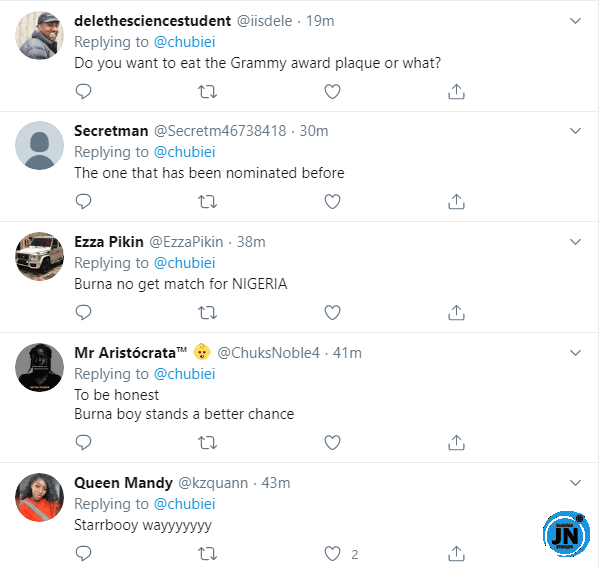 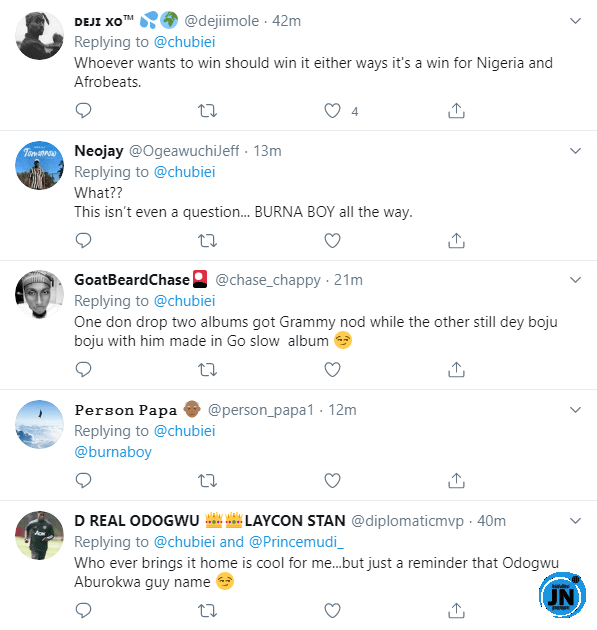 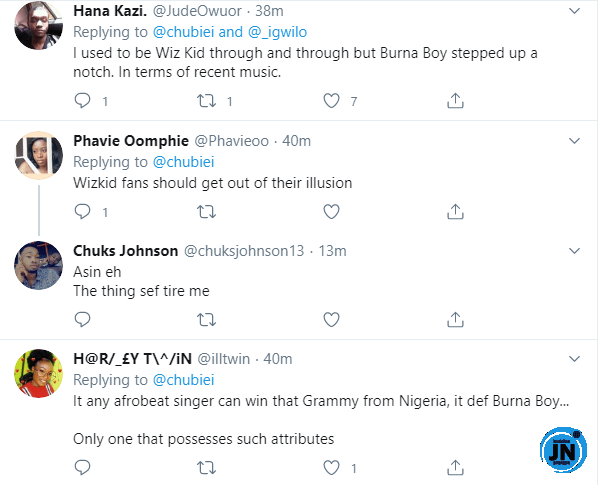 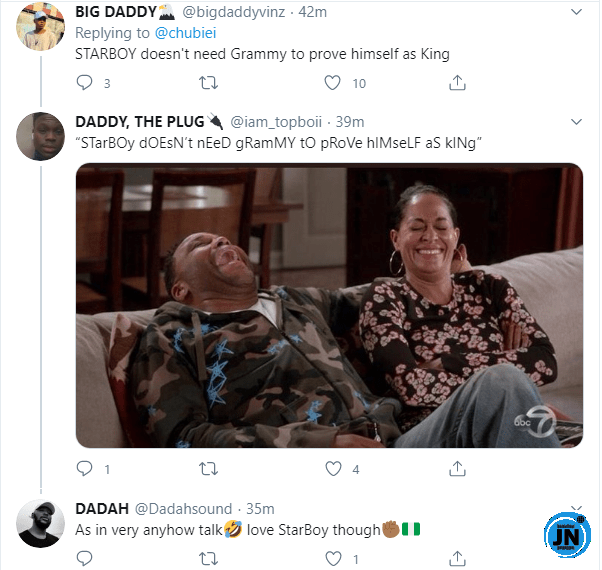 Now its over to you.

Wizkid and Burna Boy are two good artists who have done excellently well in taking Nigerian and African music to the next level or we can simply say to the world.

Who do you think will come home first with the most prestigous music award, the Grammy?

“Apologise for what?” – Laycon angrily replies fan who asked if he will apologise to Erica (Video)
“Lady Who Accused D’banj Of Rape Was Forced To Delete The Post” – Lawyers Reveals
Actress, Ireti Doyle has a message for people who constantly curse Nigeria as a country
Burna Boy And Davido Who is richer?: Check 2020 Forbes net worth reports.

I tink they should. Give it to wizkid

Burna has wowed me with this new one, wiz is a soundman, may the best man wins, until then smile and level up(twice as tall).