A Twitter user has tagged Wizkid as a snake and his fans are definitely not taking it lightly with the user on the platform. 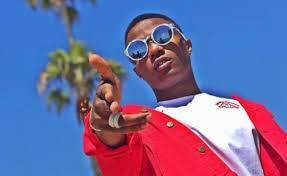 The user initial was doing a commenting on the personalities of music superstars and in the tweet 2Baba, Davido and Burna Boy were mentioned.

In the tweet, the user stated Davido alongside 2Baba have a good personality, Burna Boy is blunt and adding that Wizkid is a snake.

The Wizkid part definitely got his fans and lovers mad and crazy.

“Aside from 2face Idibia , Davido is the next person with good personality. Burna Boy is a blunt person while Wizkid is a snake with too much hype from his fans.” 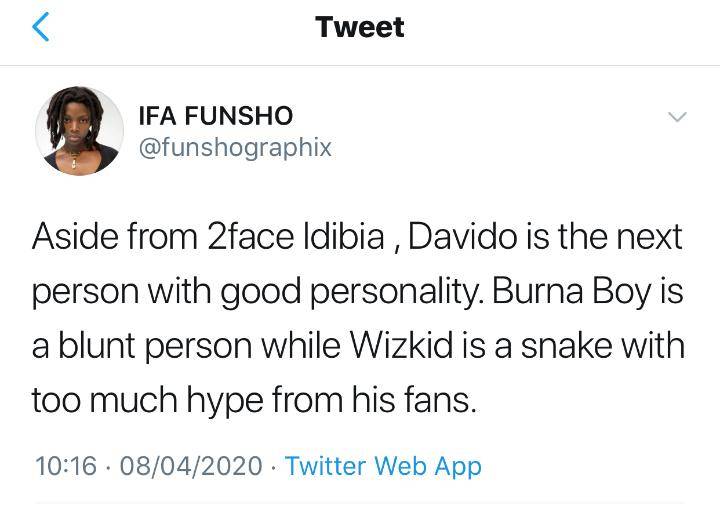 Meanwhile different reactions have followed the tweet and you can some reactions out below: 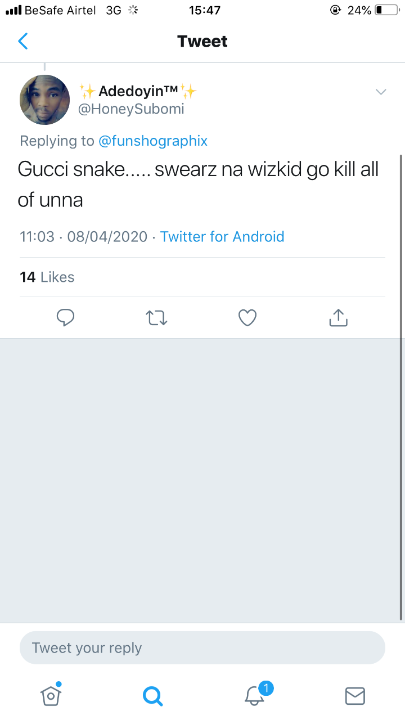 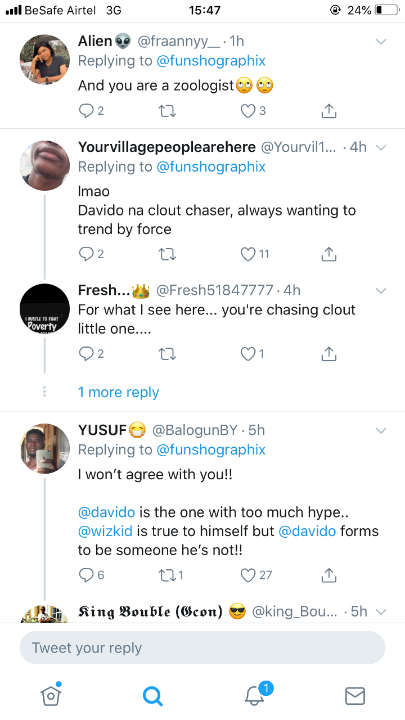 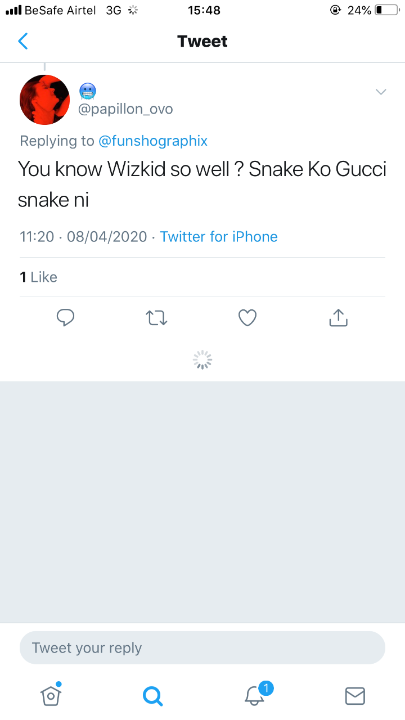 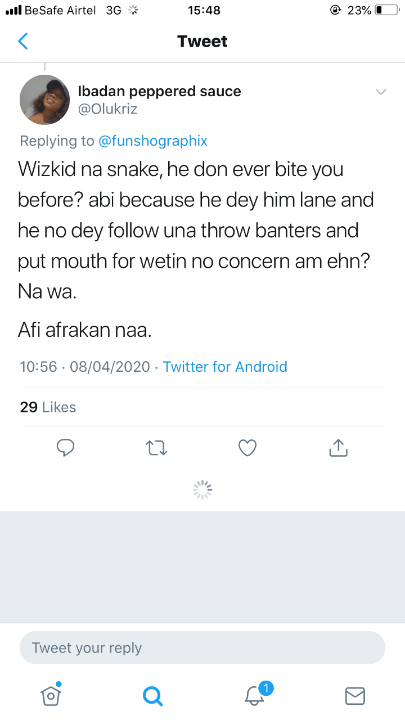 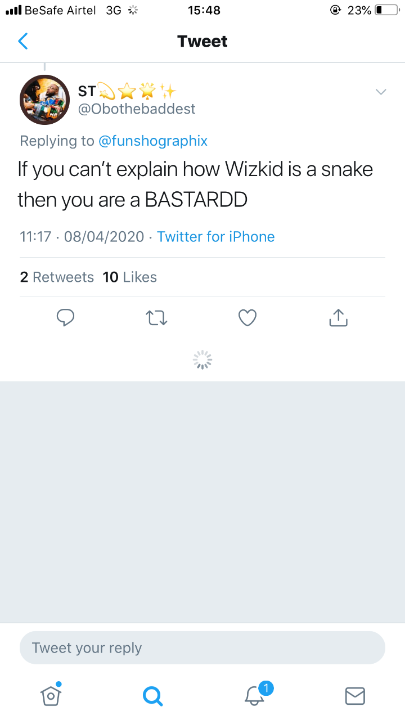 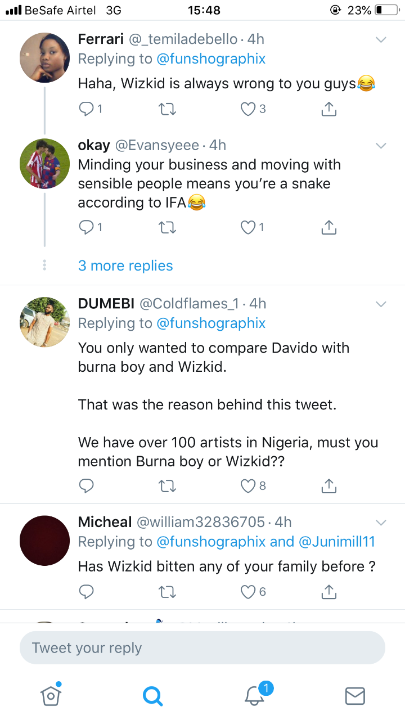 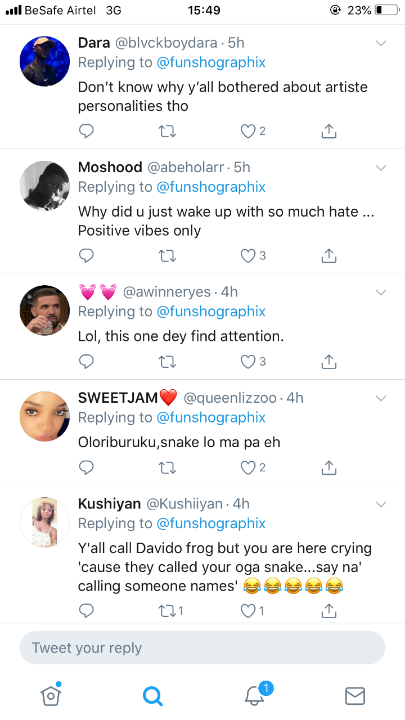 ‘See Weytin I Dey Chop’ – Actor Junior Pope Says, As He Gushes Over His Wife (Photo)
‘Wizkid Is The Only Man I Can Spread My Legs For’ - Twitter Lady Says, Nigerians React (Photos)
"I’m Back With My Full Chest" – Dorathy Says, As She Recovers Fully
“Business Moves” – Kiddwaya says, as he finally meets with Transcorp group CEO