Wizkid Beats Davido, Burna Boy To Become First African To Be Nominated For This International Award
Posted by 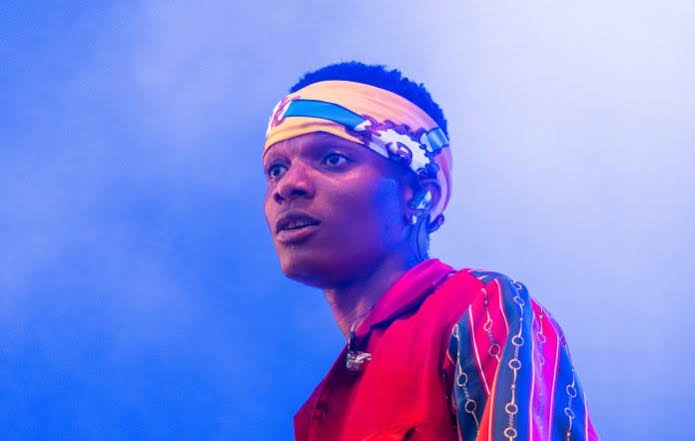 The ‘Joro’ crooner has yet again for his work on ‘Brown Skin Girl,’ a song he co-owns with American superstar singer Beyonce bagged another major feat.

The song, ‘Brown Skin Girl’ that won the ‘Best Music Video’ category at the 63rd Grammys has yet again bagged a nomination for “Best Musical Moment” at the 2021 MTV Movie & TV Awards.

This nomination makes Wizkid the first African artist ever nominated at the MTV Movie & TV Awards in over 29 years that the show had started.

“NEWS 🗞🏆 “Brown Skin Girl” is nominated for “Best Musical Moment” at the 2021 MTV Movie & TV Awards! 🥳 Wizkid is the first African artist to be nominated in the show’s 29-yr history.

Voting opens on Tues, May 11th and ends on Fri, May 14th, on @MTV’s Instagram story. Prepare!” 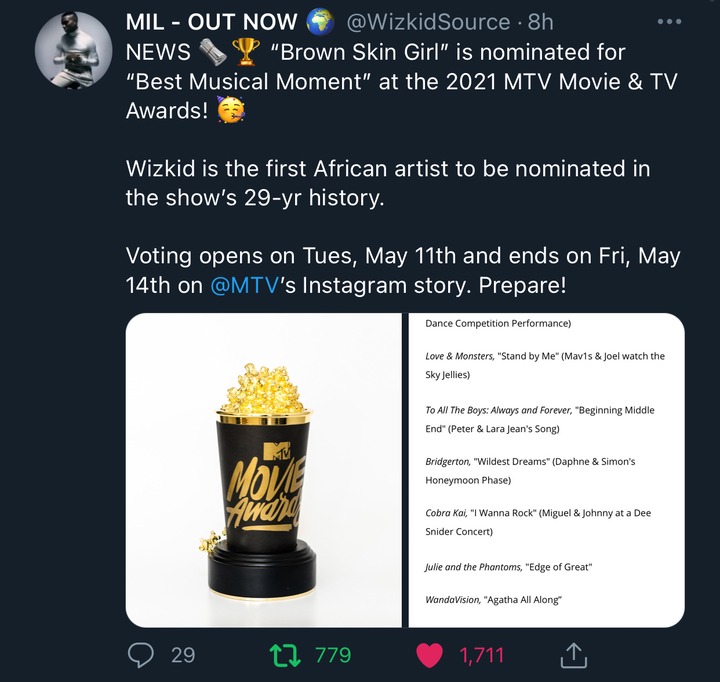 OBO is our number 1

Fem thier this guy