Wizkid first baby mama, Shola Ogudu, has finally bowed to the talks flying around the internet as she has spoken on how the birthday celebration of Boluwatife happened. 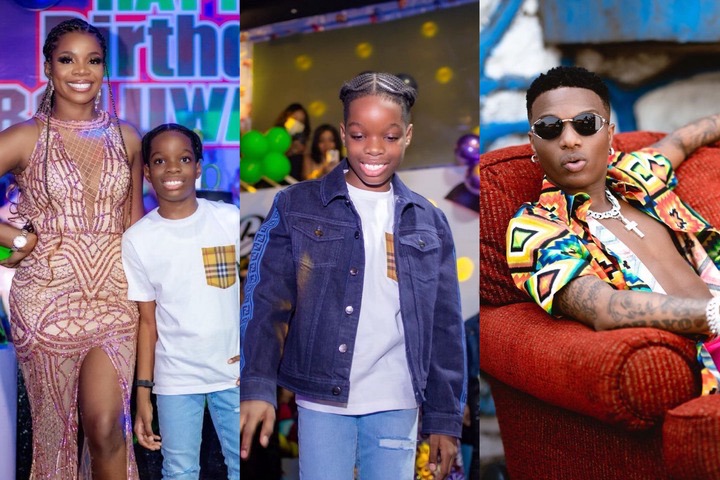 Lots of talks have been flying around after some social media users have stated that Wizkid definitely had no involvement in his son’s birthday celebration.

“I believe I've done my possible best as a mum and a parent. The rest of the story is for my SON to share.”

This tweet did not sit down well with fans of Wizkid as they blasted her for making such a statement which kind of ridiculed Wizkid’s involvement in his son’s life.

Well, she has now come out to debunk all the claims as she stated Wizkid was involved in his child birthday celebration.

“That TWEET had ABSOLUTELY nothing to do with Ayodeji or Wiz as you all popularly call him. Innocent tweet acknowledging my effort as a mum and a parent (Wrong timing hence I DELETED IMMEDIATELY) My Son's 10th Birthday was a joint effort from Myself and Ayodeji. rail need to stop with the dumbass agenda. ALL IS WELL and will FOREVER BE. I come in PEACE.” 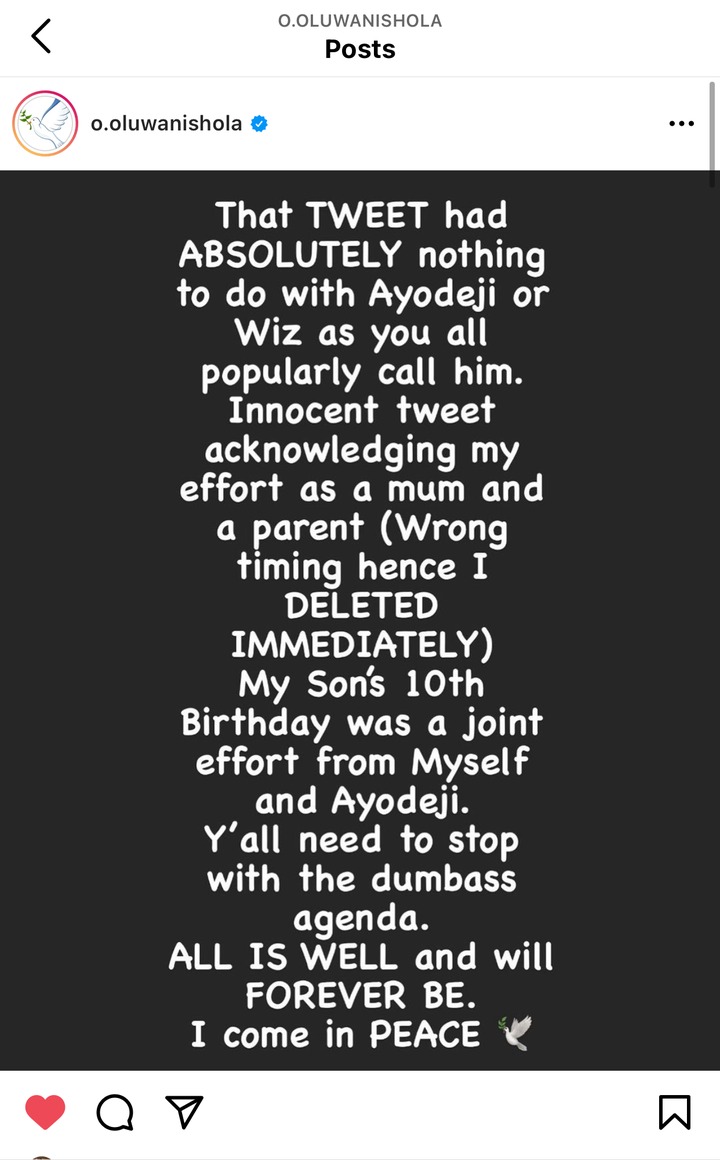 Lady calls out actor Mike Ezuruonye for allegedly trying to scam her of over 3 million naira
‘I Am Fine and Well’ – Sarkodie assures fans with a new Video amidst Coronavirus Outbreak
Coronavirus: Popular Nigerian Musician, Runtown Set To Give Out 10 Million Naira (See How)
“I can confidently say we don’t have a president” – Apostle Johnson Suleman