Wizkid and Tems Receives Platinum Awards For Their Joint Record, ‘Essence’ In US
Posted by

Wizkid and Tems, two Nigerian musicians, have awarded platinum plaques for Essence in the United States. 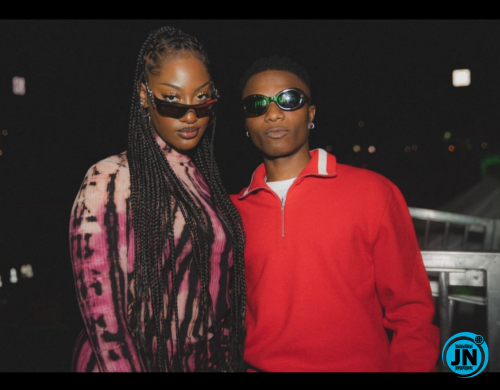 Tems and Wizkid were seen getting their prizes at a ceremony hosted by the RIAA in a video that has gone viral on social media.
Recall Wizkid's Essence was certified platinum in the United States by the Recording Industry Association of America in September.
If a song sells over one million copies, it is certified platinum. If an album sells more than 2 million copies, it is certified platinum.
Wizkid's Made In Lagos album includes the song "Essence." In the year 2020, it was released. The song's remix, which featured Justin Bieber, was released in 2021 as part of Wizkid's Deluxe album.

Wizkid and Tems Receives Platinum Awards For Their Joint Record, ‘Essence’ In US