Wizkid 2nd Baby Mama, Binta Speaks On Marrying Him And Opens Up On How She Has Forgiven Him (Photos)
Posted by

Wizkid second baby mama, Binta Diamond Diallo has in a recent question and answer with her followers on social media opened up on her relationship with Nigerian international acclaimed star, Wizkid. 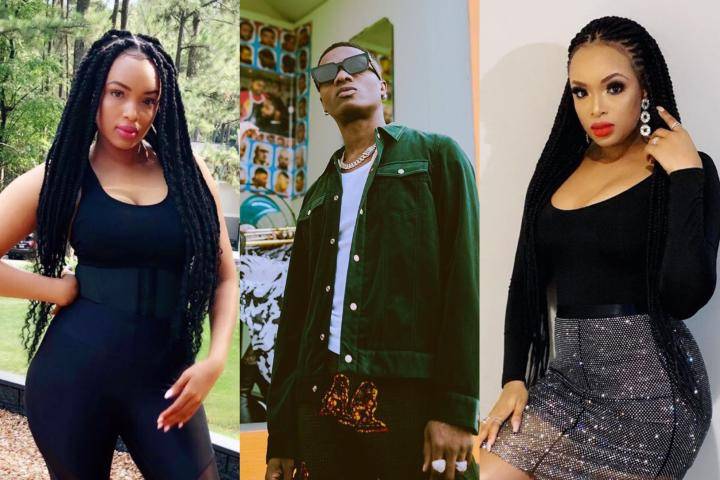 Questions centered on her relationship with Wizkid was thrown at her extensively during the Question & Answer session with her followers on Instagram and she gave response to all.

Years ago, there was a huge conflict between Wizkid and Binta has they never met real agreement on the upkeep of their child. Binta complained Wizkid was a deadbeat father who was not taking responsibilities whatsoever.

Right now, all things look quite settled coupled with the fact that Ayo, their son featured in Wizkid’s recently released video, ‘Smile.’

When asked by a fan if she has forgiven Wizkid for what he did to her, she replied thus:

”2020 has been an eye opener for me so I actually let that hurt go and forgave everyone who done me wrong periodt. I did also asked for forgiveness to ones I done wrong. At the end of the day life is too short to be holding grudges.” 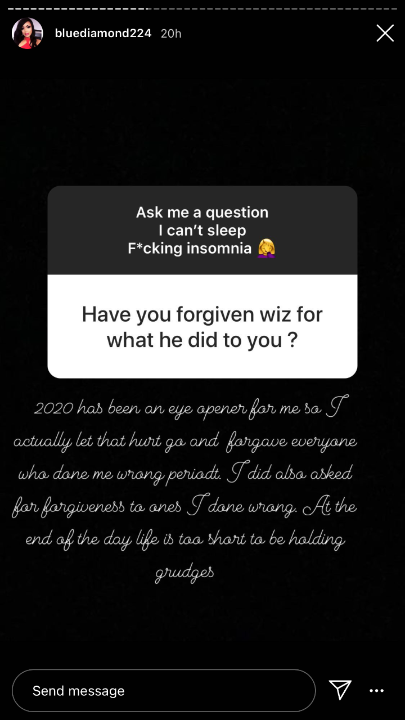 She was also asked if she could get married to the ‘Ojuelegba’ hit maker, Binta gave a direct response that might simply mean she might not.

She replied, “Come on guys,” with multiple laugh emojis. 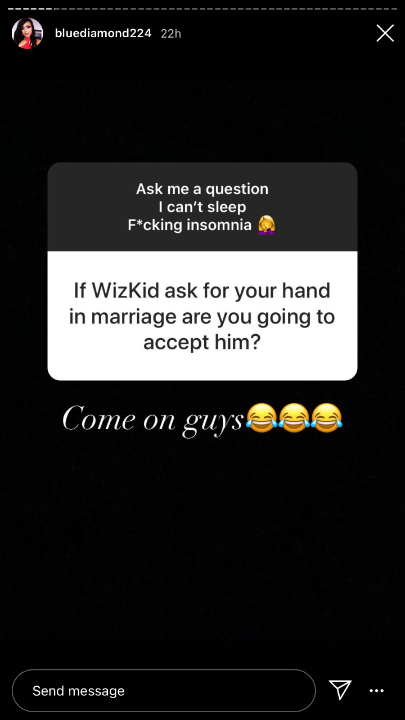 A fan also asked about when she was going to bring their son, Ayo to come meet his grandma in Nigeria.

She replied that she would do that in 2021 hopefully. 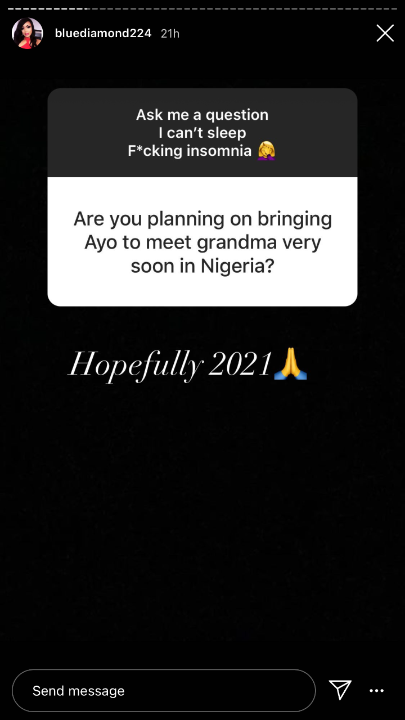 “Being Pregnant During This Crazy COVID-19 Period Was Scary” – OAP Toolz Opens Up
Popular Actor Odunlade Adekola Opens Up On His Imperfect Marriage
#BBNaija: Tolanibaj Opens Up On Her Aggressive Relationship With Prince
Lyta’s baby mama, Kemi opens up on current state of their relationship

It's not bad to forgive