Wizkid! That one artist that keeps his fans longing for a new song and project from him. He is one of the best ‘promise and fail’ artists in the world.

If you could recall, Wizkid has been teasing the release of his project ‘Made In Lagos’ since 2017 around when he dropped his monster hit song, ‘Soco.’

He had made his fans known around that time that he was going to drop a project which would carry that name as title.

He made different changes to the project till date.

He first stated in an interview with one of United Kingdom’s top disc jockey, Tim Westwood that ‘Made In Lagos’ would be a mixtape and not an album, he further stated that the project would feature nobody.

He kept on teasing the project.

Well, a year after, Wizkid didn’t still drop ‘Made In Lagos.’

He only featured on collaborations and then, later on, he dropped ‘Ghetto Love’ and ‘Joro’ to wet the appetite of his fans.

Those songs dropped and Wizkid was popping again, the fans forgot about the ‘Made In Lagos’ they’ve be yearning for.

But while those songs were popping, Wizkid was still tweeting and making posts on his Instagram story about how great his soon to be released ‘Made In Lagos’ project would turn out to be.

He stated that all the songs in the album are all hit no miss.

He stated he might hurt feelings and ended it by saying he put all his pain and joy into the project. 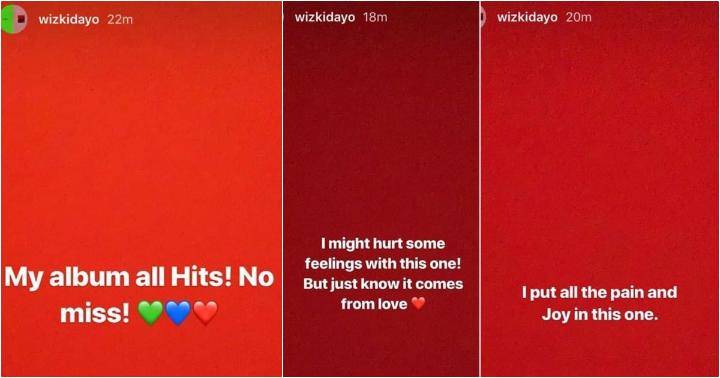 Made In Lagos: Its About Time To Happen


Now! It’s seems ‘Made In Lagos’ is about to happen and it is not going to be on the 16th of July as earlier suggested by fans.

Wizkid on July 1st, 2020 took to his Instagram stories to drop a huge hint about the forthcoming project and this time around, he thanked a whole lot of artists that worked with him on the project and subtly dropped a date that is also his birthday date.

Most of his fans have suggested that he would dropped the album on July 16th but there are signs he wouldn’t do so, he would rather do something else.

Why he might not drop Made In Lagos on July 16.

You see these two things are important.

These things were there when he dropped his first project, Sounds From The Other Side under RCA Records.

If one keeps a close look at Wizkid’s Twitter page he has been posting a particular word, ‘Smile.’

Well, that could be the title of a song off ‘Made In Lagos’ that he is going to drop tomorrow July 16 as he clocks 30. 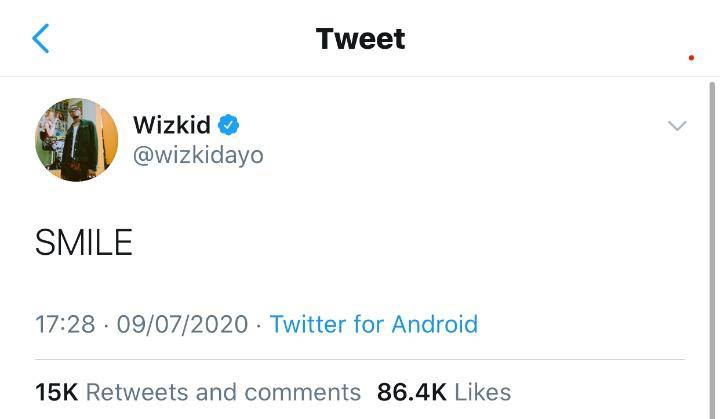 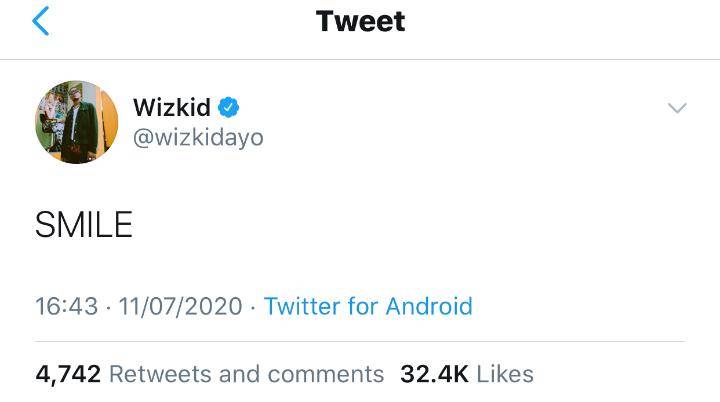 Well, he’s not even the only one stating this as his official disc jockey, Tunez is also tweeting the same thing, ‘Smile.’

See his own tweets below: 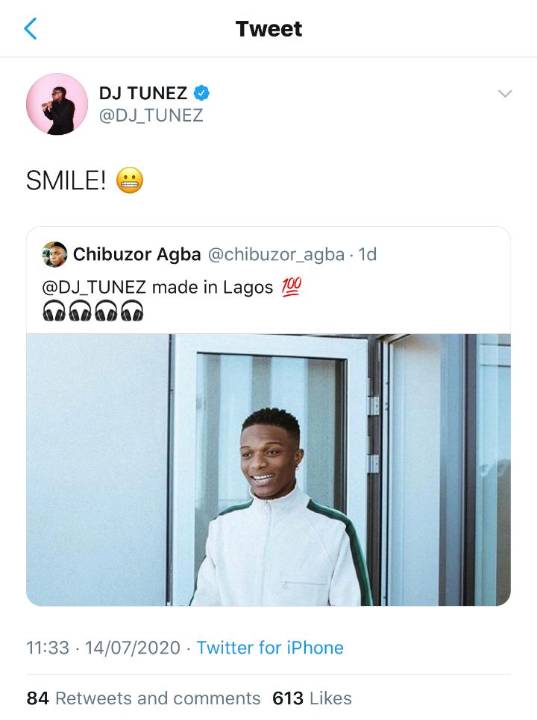 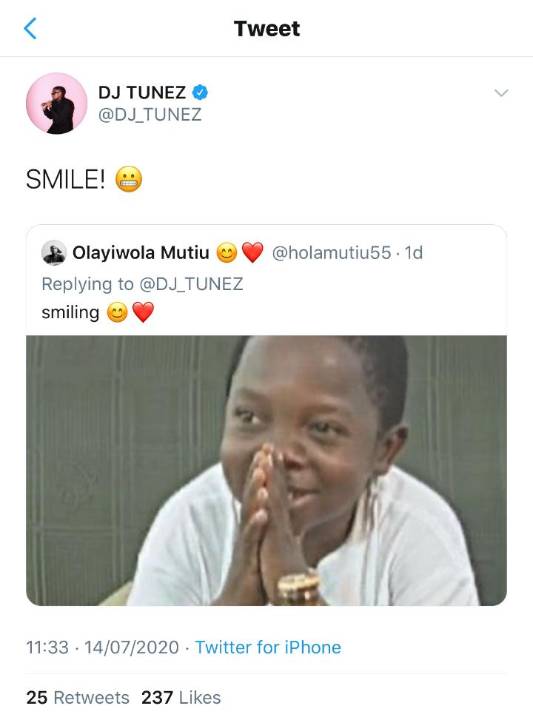 The song may be called "SMILE"

"Wizkid about to put some SMILEs on our faces, I'm smiling accordingly already"

"Wizkid hasn't even announce anything yet and he's not even active on SM ...are you guyz still expecting MIL or SMILE tomorrow?"

"Next wizkid single SMILE, we are eating good. OMG" 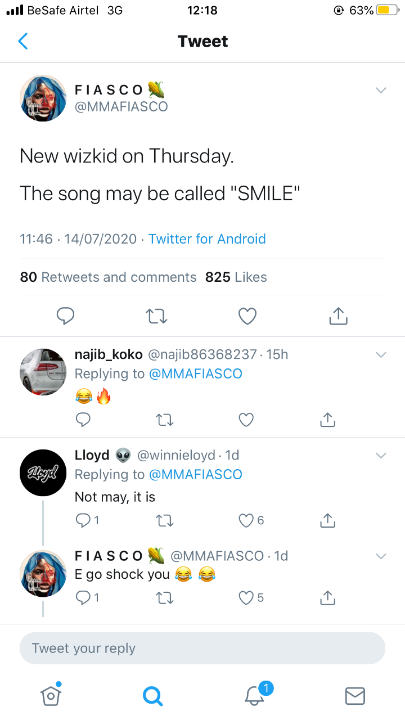 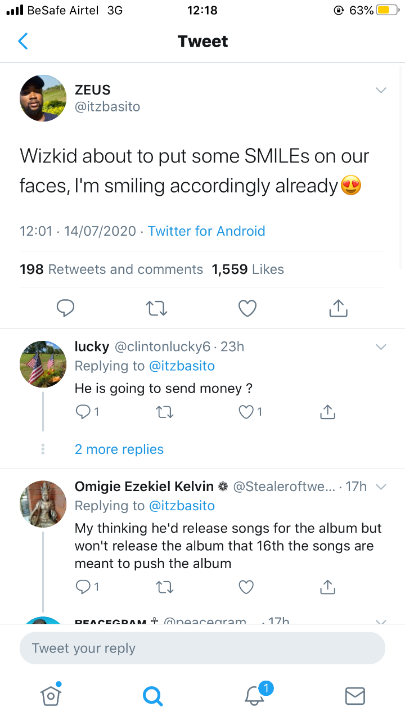 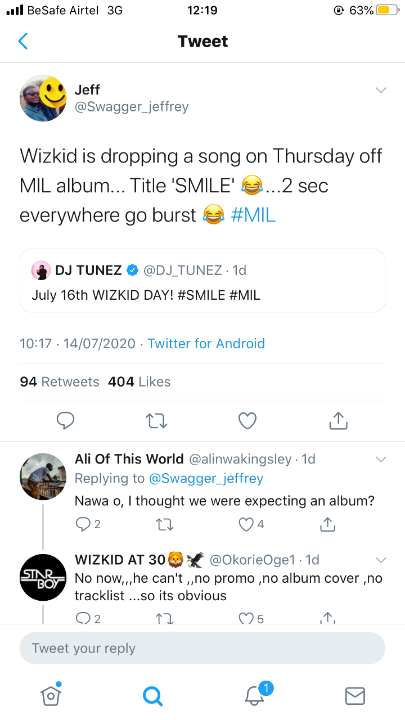 Well, Wizkid fans would definitely be waiting for their favorite to drop something tomorrow, July 16th.

It is also his day as he would be hitting the age 30. He has grown in the music scene since a tender age of 19 or 20.

EPL: Guardiola reveals why he won’t buy new players in January
“If I come for you, even your kayanmata won’t save your marriage” – Crossdresser, Nsogbudii warns Jaruma
“I won’t steal to impress anyone” – Isreal DMW reacts after being dragged for not owning a car
“Most people won’t support you until they see it’s popular to support you” – Erica