They both started the music game at almost the same range even though Wizkid was the one who hit the limelight first before Davido. 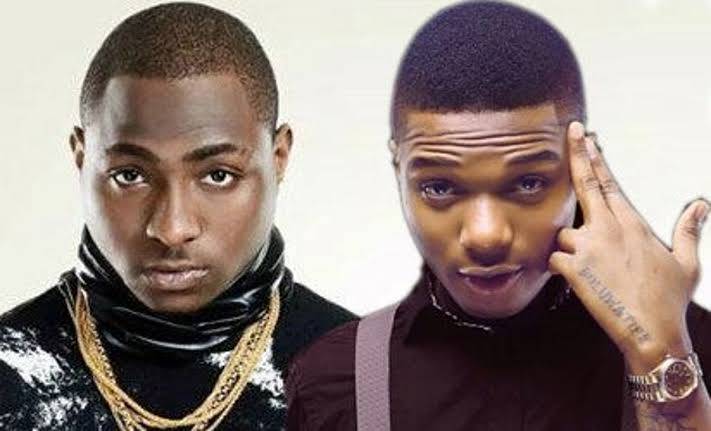 Wizkid in 2010 hit the limelight as a cool kid with his chill song, ’Holla At Your Boy’. He looked innocent with the sound, he was a young boy trying to fly the same wing with the then top boys in the music game and he did it.

He won the heart of the females most especially, started going for shows here and there and built a strong bond with his growing fans.

Wizkid in his early stages utilized social media most especially Twitter to interact with fans and from there the genuine likeness for him built up.

Up till this moment Wizkid still has a standing, strong and uncompetable relationship with his fans now popularly known as Wizkid FC.

Davido on the other end came on the scene as well as a young chap raring to go in 2011 dropped songs back to back and shaked Wizkid presence a bit.

But sooner or later in other to build an uncompetable fanbase he brought the idea of giveaway on social media.

The act of giveaway on social media started genuinely from the hands of Davido. At this stage, he sent money and gifts to different people he came across on social media.

But on the other end, Wizkid do not get involved in giveaways but give his fans more musics and interact with them.

There are two things to this, Wizkid has pure and real love from this set of fans but Davido will also have real fans and as well have the ones who will love him for the money he's going to share someday and that's not genuine.

On music streaming platforms, Wizkid usually tops Davido which means he has the fans ready to go on to buy his songs, watch his videos and do more for him willingly while it isn't the same with Davido.

These reasons are simple and that's why Wizkid will always have more loyal followers than Davido.

Totally disagree with your line of thought