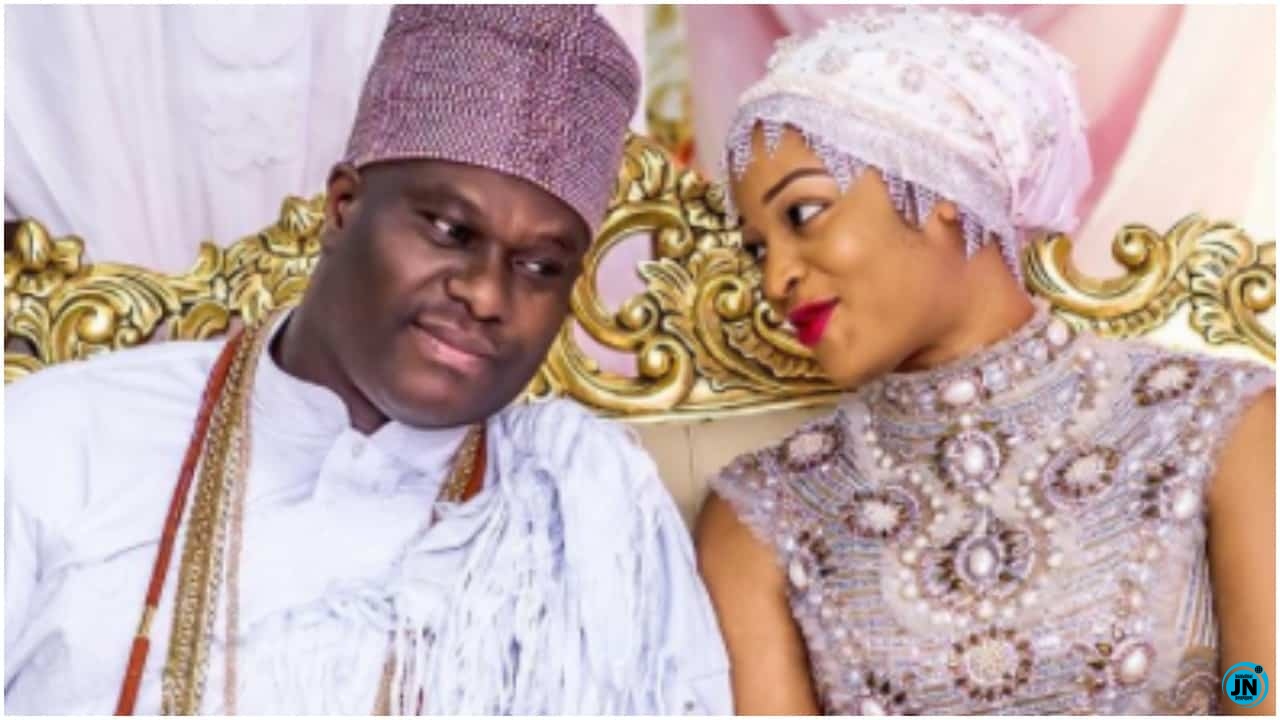 With the Ancient Ile-Ife palace announcing the birth of the newborn prince on Wednesday, November 18, 2020, two years after the Arole Oduduwa and Ooni of Ife, Oba Adeyeye Enitan Ogunwusi, Ojaja II married Queen Silekunola Naomi, the wait is definitely over on when the Royal couple would become parents again.

Though the highly revered monarch has a daughter who is in her 20s and studying abroad, his first marriage to Adebisi Adebukola nee Bombata didn’t produce any children.  They were married for eight years before the marriage crashed.

His second to Queen Wuraola Otiti, which crashed after 17 months also didn’t produce any either.

With two failed marriages that didn’t produce any heir, the whole of Ile Ife is on a high tempo of rejoicing now that the new queen has made the gods happy.

But the King would not see his prince so soon.

Already named after late Sir Adesoji Tadenikawo Aderemi, who was the 49th Ooni of Ife during his lifetime, by the elated new father as a mark of appreciation to Aderemi for his good works, little Prince Aderemi will wait for almost six months before it will see Daddy.

“An Ooni must not see a newborn baby and the mother until the hair of the newborn is cut, which could be in six months' time. Then, some rites would have been performed and he would now be brought to the palace amidst pomp and pageantry. No Ooni sees newborn babies, they are given birth to outside the palace.”

This must-have triggered the exit of Queen Silekunola from the palace.

Recall, a few months before the birth of the Prince, rumors were rife that she had packed out of the palace.

Naysayers further alleged that the beautiful union between the Ooni of Ife, Oba Adeyeye Enitan Ogunwusi, and Queen Naomi Silekunola had crashed, hence the continuous absence of the queen from the Ile Ife palace.

But before the rumors could fill the blogosphere, the young queen took to her Instagram account to debunk any negativity about her almost-two-year-old marriage.

She wrote amidst other reasons that she was “busy with the ministry of the social media space.”

She also explained that the Coronavirus pandemic and attendant lockdown period wasn’t “a time for social media presence but a time that calls for solemnity.”

“Hence my break from what people now call normal. Finally, as duty will have me do, I have been in and out of the palace doing God's bidding,” she stated.

Kemiashefonlovehaven later learned that as a result of the pregnancy, the queen was later relocated from the palace to a place where her mum was present to help with the new development.

“The whole of Ife is happy now and a royal delegation has been sent to the Queen and newborn prince to deliver blessings and prayers from the Ooni. The queen gave birth this morning (Wednesday) and she is hale and hearty,” palace sources revealed.

Congratulations to the royal couple.

Check Out Toyin Abraham's Newborn Baby Boy First Photo
Why Ooni of Ife will not see Queen Naomi’s newborn son till after six months
SO SAD!!! Lifeless body of newborn baby found at refuse site in Calabar
Davido Vows to change the life of a fan who named newborn baby after him