Popular Nollywood actress, Iyabo Ojo who is still mourning the loss of her beloved mother has taken to Instagram to reveal why her mum lied about her age while she was alive. 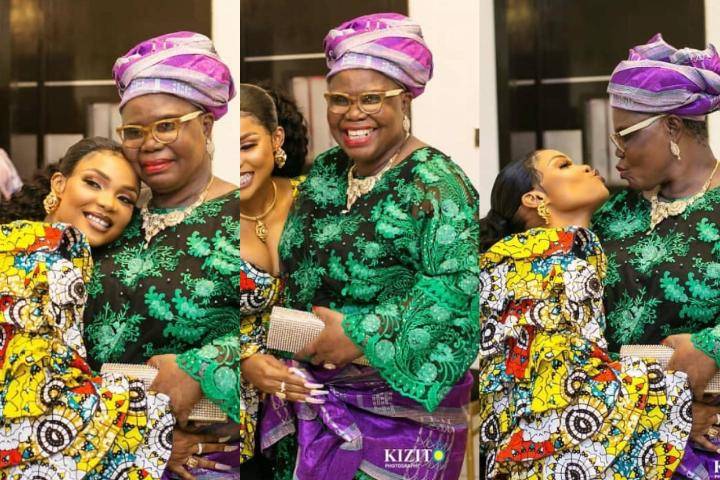 The light skinned actress took to Instagram days ago to announce the demise of her mother, Mrs Victoria Olubunmi Fetuga and definitely with her recent post she is still mourning.

In the early hours of today, she took to Instagram to write a tribute to her late mother and she gave an insight on how and why her mother lied to them about her age.

In her post, Iyabo stater that her late mother made her laugh so hard when she found out from her siblings that she was 69 years old and not 67 as she always claimed.

Why did she do that? Iyabo Ojo stated that her mother did that because she didn’t want them to know she was older than her late dad who could have been 68.

In conclusion, her late mother was older than her late dad with a year. 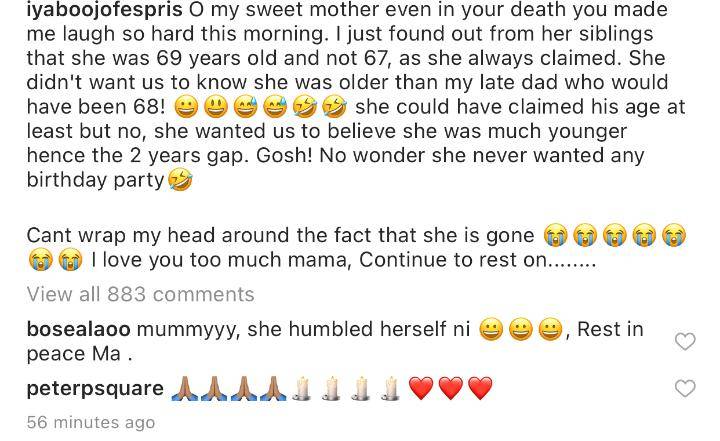 Tonto Dikeh Drags Man Who Offered To Put Her On A $400 Weekly Allowance
‘I am poor academically’ – Nollywood actress, Iyabo Ojo reveals the unknown about her
BBNaija: Kaisha’s Family Throw Igbo-Themed Homecoming Party To Welcome Her Home (Video)
Regina Daniels Finally Speaks On Her Husband, Ned Nwoko Marrying A 7th Wife, See What She Said