Early on, David Adeleke, a well-known Nigerian celebrity rapper, better known as Davido, opened up about his father, Adedeji Adeleke, before becoming a billionaire. 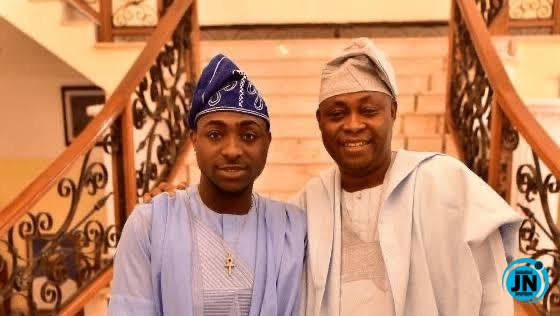 During a live appearance on Npr's tiny desk, he made this known with the hashtag #DavidoXTinyDesk, adding that his father was a manager at a successful fast-food restaurant.

One of his biggest inspirations, according to the award-winning singer, is the one that his father disclosed while recounting how they both studied in America. The father of three also added that his dad used to work at Burger King in the United States.

He also claimed that he had studied at HBCU, a predominantly black college in the United States, with his father, Mr. Adedeji.

Actress Funke Akindele Smiles For The First Time After Dad’s Death
#BBNAIJA2020: Tolanibaj Opens Up On Her Excitement Over Eviction Of Fellow Housemate, Ka3na
#BBNaija: Biggie challenges housemates to mimic one another for a day (Video)
Papaya laments as hoodlums attack her newly acquired Benz; destroy side mirrors in Lagos [Video]