Why My Connection With Wizkid Is Unbreakable - DJ Tunez
Posted by

Michael Babatunde Adeyinka, also known as DJ Tunez, a talented Nigerian disc jockey, has opened out about his friendship with Afrobeats singer Wizkid. 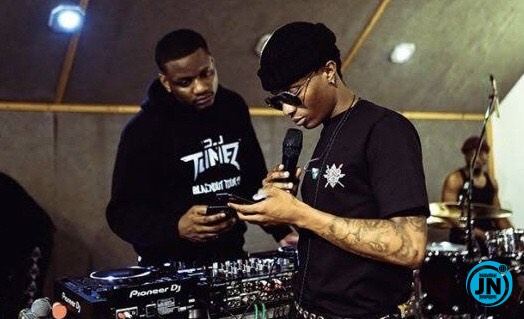 The DJ, who has been Wizkid's official DJ for the past five years, is known for his "positive vibes," which include his 'Tunez radio,' where he occasionally previews new songs, including Wizkid's.

DJ Tunez stated in an interview with ace media personality Kemi Smallz of Cool FM that his bond with Wizkid is unbreakable and immovable because their energies always collide.

Tunez noted, citing their performance set as an example, that Wizkid always enables him to "do this thing" on stage while he (Wizkid) does his as well, without interfering with each other's flow.

DJ Tunez also discussed the recent Wizkid concert at the 02 Arena, among other subjects.

Why My Connection With Wizkid Is Unbreakable - DJ Tunez