Why I Got Married Secretly - Popular Nollywood Actress, Sotayo Sobola Opens Up
Posted by

Sotayo Sobola, better known as Sotayogaga, a Nollywood star, has disclosed why she had a quiet wedding. 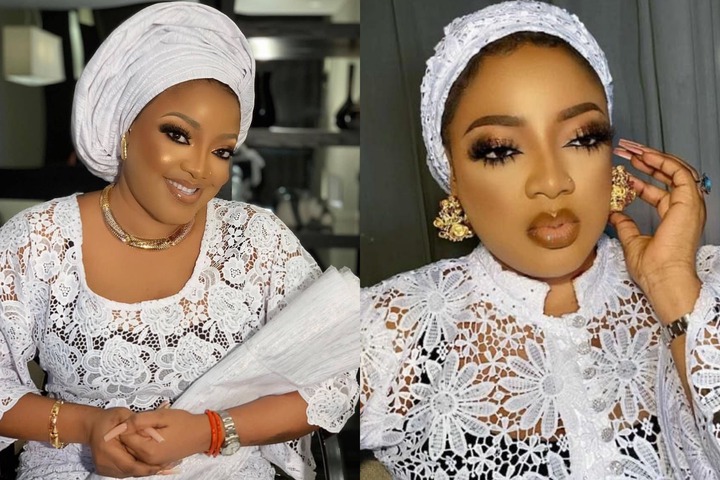 Remember that the actress took to Instagram a few weeks ago to post a video of herself in a stunning wedding gown, but she didn't disclose whoever the mystery man was.

According to Tayo, who revealed in an exclusive interview that she dated her spouse for 7 years prior to their marriage, she didn't seem interested in having a noisy wedding.

According to her, her husband is not in the movie industry.

She went on to say she do read some blogs posts and laugh, she noted they should feel free to tag anybody.

She continued by saying she loves to keep her personal life private and that is why the main reason she decided to get married secretly, noting she did not get married this year but only just posted the pictures some months ago.

See what she said fully in the screenshots below: 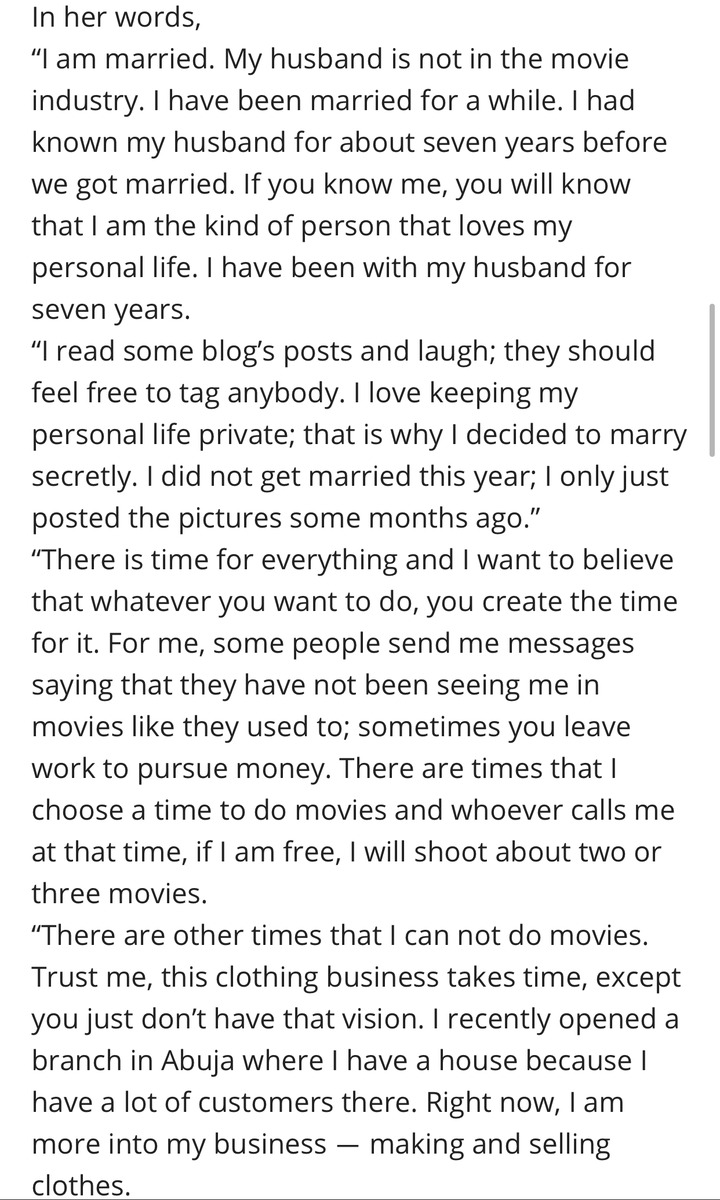