Divine Ikubor, better known as Rema, a Grammy-winning afrobeats artist from Nigeria, has revealed why he gave Burna Boy a gift when he joined him on stage at London's famed 02 Arena. 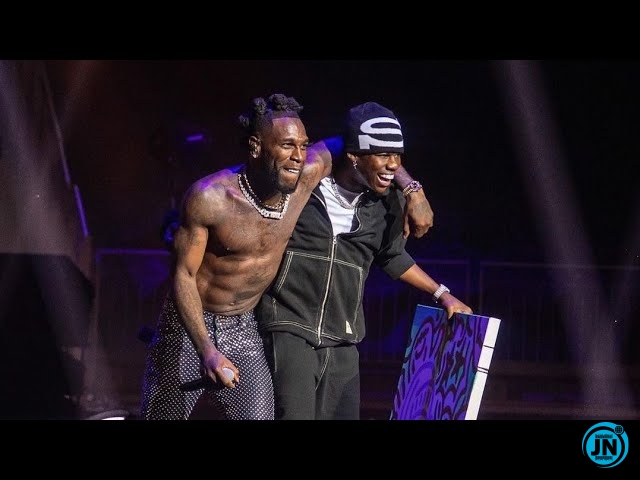 Remember that on August 27, 2021, Burna Boy performed to a sold-out crowd at the 02 Arena in the UK, sharing the stage alongside King Promise of Ghana, Rema, Omah Lay, and Ruger.

Rema expressed his delight at having shared a stage with the African Giant in an interview with renowned media personality Adesope Olajide for his Afrobeats podcast. He continued by saying that even after his performance was over, he had to stay back to fully appreciate the experience.


The artist from Benin City told Burna Boy on stage that he had to make sure he achieved that because of the chance Burna Boy had given him by inviting him to play at the 02.

Rema claims that he adheres to the natural law of reciprocity, which is what led him to give Burna Boy the present.

Scroll down to see the interview;

“Why are they triggered” – Tacha asks after being named ‘most bankable without opening legs’
Why we have problems with public debt — ICSAN
BBNaija 2020: Laycon’s team reveals shocking reasons why they did not want him to go for the reality show
Why I Didn’t Want People To Know I Loved Adekunle Gold – Simi