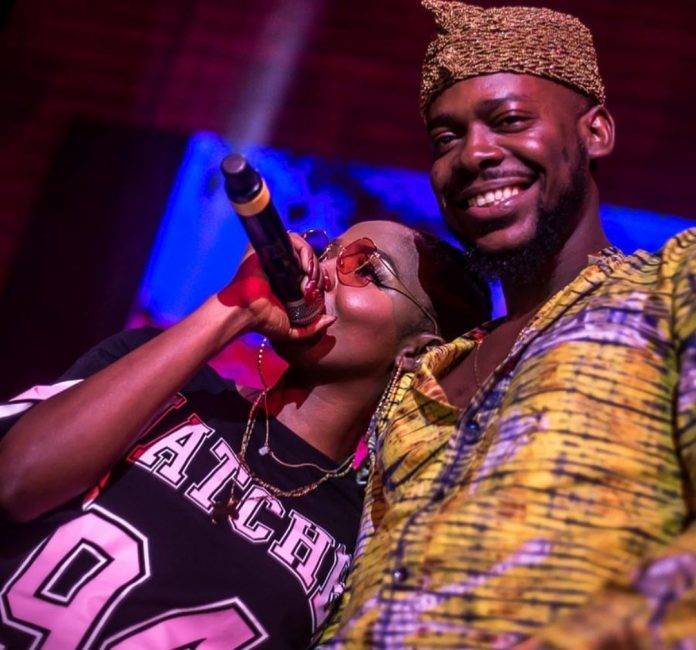 It's been a year since Simi and her heartthrob Adekunle Gold exchanged marital vows at a private ceremony in Lagos.

Many fans were taken by surprise when their photos of their wedding hit the internet as the couple never showed any kind of PDA on social media.

Well, while Simi responded to a Wednesday tweet, she revealed she didn't want people to know she was in love with someone called Adekunle.

This came after a micro-blogging platform follower revealed her favorite hit song "Joromi."

Simi then replied, saying she never planned to use, “Joromi” that the initial plan was “Dekunle Dekunle, I want you to love me”, but she didn’t want it to sound like she loved him that much.

“Lol Happy place? Where? I was over it. I wrote like 4 songs on the beat before I wrote Joromi. I was actually going to use “Dekunle Dekunle – I want you to love me” – but I already had “Take Me back” and I didn’t wanna sound like I liked somebody called Kunle that much.” Simi tweeted.

Meanwhile, though Simi recounted how she met her husband sometime ago, she said she knew him as the photoshop king and not a singer until they had their first meeting.

With a low-key traditional wedding in Lagos, last year with a few friends and family members attending, the celebrity couple sealed their love.

“My property is my property” – Mercy Johnson’s husband, Prince Okojie says as he shares loved up photos
Cute Abiola And Adeherself Share Loved-up Photos
Frank Edoho blasts Buhari for laughing when told that #EndSARS protesters want compensation for families who lost loved ones in the protest
Why I Didn’t Want People To Know I Loved Adekunle Gold – Simi

It's so nice keep it up man