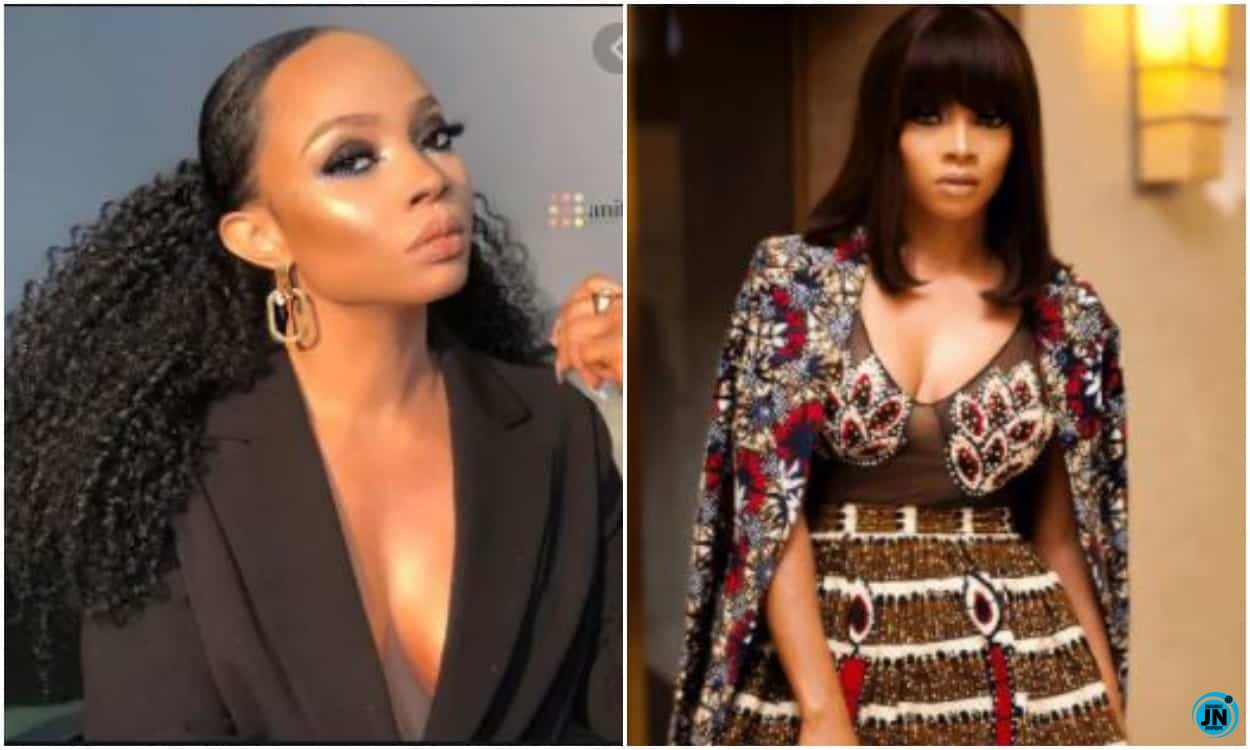 Media personality, Toke Makinwa has revealed reasons why she went under the knife. The 36-year-old on-air personality made this known at a recent episode of her Vlog.

According to her, she wanted to look good and curvy in a tight-fitted dress noting that she doesn’t regret the decision.

In her words, “Yes I worked on my body but my breast is real. I had a lip filler because I wanted to launch my lipstick brand but now I don’t think it is necessary.

“Also I enhanced my body after I got my fibroids removed. I did that because I wanted to feel better in clothes.

“I do not regret enhancing my body because it’s the best thing I’ve ever done and I wanted to look curvy and I love it.”

“Most parents can’t say ‘I love you’ because they were raised brutally” – Toke Makinwa
“African Parents Are The World’s Worst; They Ruined Our Lives” – Toke Makinwa
“God will punish you” – Toke Makinwa slams lady who said she went to #EndSARS protest to snap pictures
Toke Makinwa admires Popular American Pastor for stepping down after cheating on wife