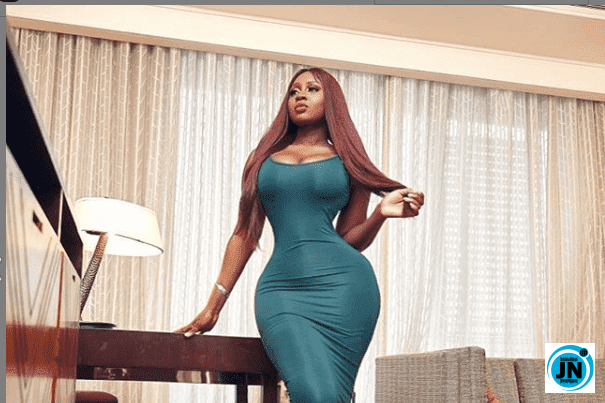 Actress Princess Shyngle took a piece of advice for women to social media.

According to Shyngle, women have to post the men's photo they are dating as they know if such a man lies and cheats on them.

She went on to say that she was in a relationship with a man she thought she was going to marry, but she found out that he was already married to children and she found this out via social media.

‘Ladies do y’all agree with me or not  I know a lot of girls dating the same man but have no idea because they’re hiding him  stop hiding your bae oh , you might be planning a wedding with a man that’s already married with kids somewhere 藍 too many scammers, stay woke ladies . #justforlaughs‘

‘We will have ups and downs, but our love will last forever’ Actress Funke Akindele’s husband JJC Skillz gushes over his wife