Popular Nigerian music superstar, Davido on the 13th of November dropped his much anticipated studio album, ‘A Better Time,’ and it has been in shambles. 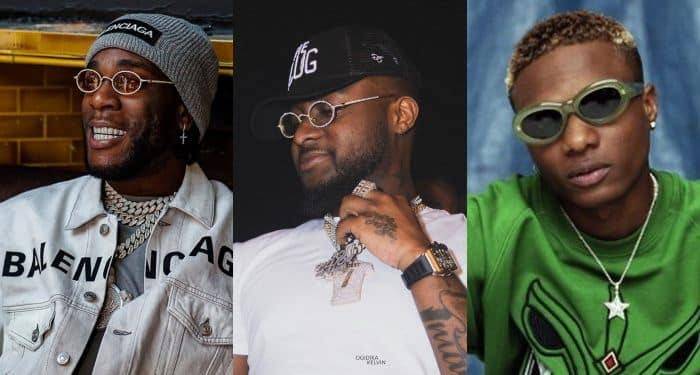 Firstly, when you talk about a project as in an album, it has to be a well near-perfect work. The process of the creation should be different and unique as you have a goal.

For artistes, a project or an album is like they are giving birth to a baby.

We saw this extra work and near-perfection in Davido’s “A Good Time” album which he released in 2019, according to him he took him more than 5 years to create that album.

Why then did he rush the release of “A Better Time,” it was obvious that the project was rushed so it could fit in for a release this year.

The features on the album are a 5/10, the album, “A Better Time,” does not have a direction, it just a project that cuts across different sounds with no soothing mix.

Some collaborations on the project were not needed.

For example, the song ‘Birthday Cake’ with Nas and Hit-Boy was nothing short of shambles.

The one with Sauti Sol was below par as well, The song, ‘Shopping Spree’ with Young Thug and Chris Brown did not hit the ground running.

’Holy Ground’ featuring Nicki Minaj is the song on the project that is standing tall amidst the international collaborations.

But when you look at it this way, the African features and the singles on the project are the best.

’The Best’ featuring Mayorkun is the best African feature on the project followed closely by the one with Tiwa Savage, ‘Tanana.’

”A Better Time,” project by Davido doesn’t have a direction that an album ought to have.

Burna Boy and Wizkid are now looking more clear, Burna Boy last two albums have been nominated at the prestigious Grammy awards, Wizkid’s ‘Made In Lagos’ is getting massive acceptance around the world and still topping charts worldwide, it peaked number 80 on Billboard 200 where Davido’s ‘A Better Time’ peaked 170. 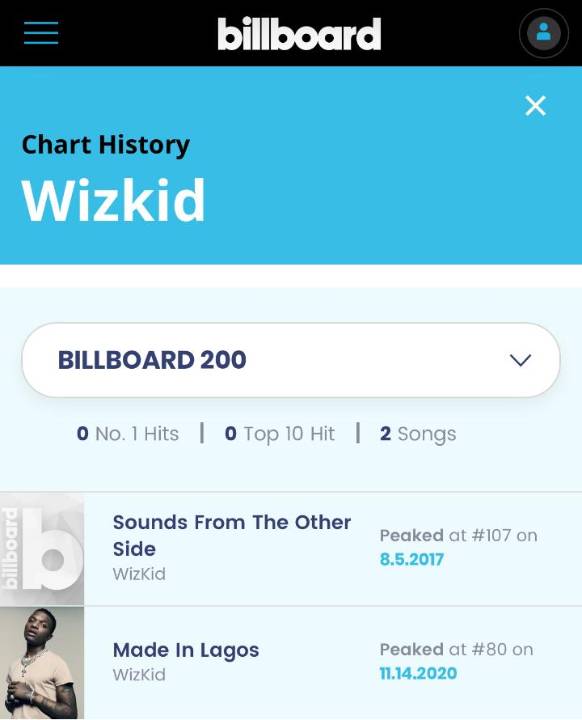 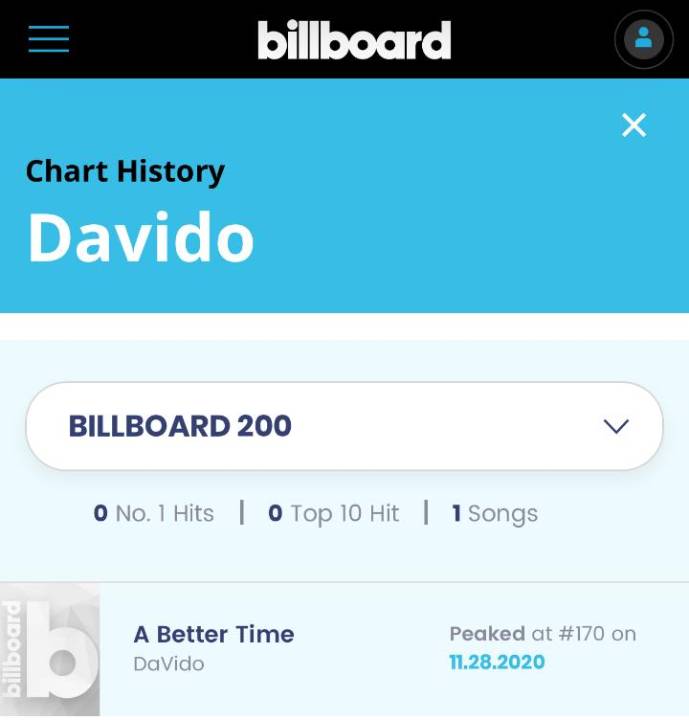 It is clear now that Davido has to find his touch again, his direction of his usual massive hits.

These albums can’t be compared as they have great difference in quality and we know who has the lowest quality.

NigeriaAt60: Why I Can’t wish anyone a happy Independence- Yul Edochie
Insecurity: Why Buhari ignored previous invitations by 8th NASS ― Kalu
Why Nigerians Are Praising Their Mothers On Twitter Because Of Zlatan (See Tweets)
Actress Etinosa Idemudia Explains Why She Said Girlfriends To Fraudsters Should Be Arrested, Alongside There Boyfriends

Well' for me is quite understandable that he did not efforts at all in the latest album named/titled *a better time* is not the davido I know...so many features spoit it all and dats my own point of view thanks..

You are a big fool
With your stupid opinion

I second your honesty brother

Well you are right
The album was like it was rushed and it came out as trash....
The only song I love most in that album is HEAVEN

Your opinion doesn't really count cos I feel analysis isn't based on pure facts and is pure hate speech!! A Better Time is a very very beautiful piece with nearly 8 hit songs. Take it or Take it

@Dessie, you are very stupid 😡
Which 8 hit

You don get ear injury Mr wirter... You be hater... Album wey get 100 streams in 3 days. Una go just come online and dey yarn nonsense. All the songs in that album na banger, no bad song.

Davido Fans calm down..I am also a Davido fan....lets just be honest with ourselves for once....ABT album is below atandard...a Good time album was better...and i would still vote Made in Lagos and Twice as Tall Albums over A better Time album....Holy ground, The Best and Maybe Jowo are just the only song in the Album....the rest are Trash.

U are an idiot, go listen to those album again fool

Maybe to you..but you're less than 0.1%. The rest of us are bumping this album everyday 😁

Do you how stupid justnaija can be, people who have no reputation and don't know how people get nominated for Grammy? It's the time frame of album that fall within the specific time that gets nominated. Please I will sue you guys if you continue with your rubbish if you have nothing to post please leave your site blank.

Made in Lagos Issa a combined piece of beautiful trash..It made wave because it's Wizkid the hype already they dia.U can't compare MIL with Apollo talk less of Twice as Tall.David give u guys a groovy Afro pop album which is part of the stuffs international acts like bout our music tha Afrobeat..Than someone that went and bought song and tell us say na MIL I change pattern ko,After releasing the main tracks in MIL

Davido is a noise maker😪

That's why you are broke let your glory make noise maybe you can get rich. Idiot

You be mumu, noise maker that can feed ur generation. Even for ur family dem no know you

@Anonymous, you are also an idiot if person made a mistake you won't say the truth because you his fan. You can compare it with made in Lagos..... idiot and silly people

@Anonymous, you are also an idiot if person made a mistake you won't say the truth because you his fan. You can compare it with made in Lagos..... idiot and silly people

@Ademola, you are mad for comparing mil with a better time i can't even listen to better time twice

@Ademola, you are mad for comparing mil with a better time i can't even listen to better time twice

I don't agree with this at all. If I tell you that Wizkid's songs in #MadeinLagos# does not rhyme with the name of the album. Only #TwiceasTall# is the best hit of the year.

Wizkid - Made In Lagos is not for Lagos but for the world. Know this and know peace .

@Gbolahan,it is nt from lagos it is only made in Lagos

Well said, all this was for him to have an album just like burna and wizkid but TBH the album has no direction or connection it was just there, normally an album should have a story to tell. And all the big names to me I think it was not necessary cuz apart from holy ground with Nicki the rest was nothing to write home about.well davido wanted big names to hype up the album which to me was not really needed. Let's know if the album will go for the grammies next year and at the same time waiting for wizkid deluxe album.

Oga no vex oo.. abeg which story made in Lagos tell us

@Anonymous,Help me ask am o, na Zeeworld fit some people... All song in that ABT na banger.Dem no know anything

@Anonymous, now I realize that you this guy doesn't have any sense at all you are fighting for Davido and this man don't know he don't even know your papa.... you like it or not wizkidayo is the best all of the word

What is wrong with the international collaboration?

We all know davido is not a talented artiste. We know that. His songs are fun. We love it. We know he can't sing. We love him. We know music isn't meant for him. But we admired his character. #ABT kept be going ever since it came to existence.so i give no damn shxt about what you say. We know they must surely complain.

Why davido all the time self?

This is rubbish, I love davido with my heart, a better time is better than any other album

They're just talking rubbish. Abt is the only album that am still enjoying

@Showpapi,Asin ehh
All they just said was a total nonsense

Oya give am grammy nah.... Music is different from Noise but all if dem nah sound

@Vick, guys d Abt ND mil re only selling cost of d fame they both have
Bt Mil is better d facts re shown

@Vick, you are just dumb

@Vick, you are just dumb

@Vick, You be mumu, una no know anything, ABT just reach 2 weeks now they cannot nominate am, and no be everybody go win Grammy... Goan check wetin femi kuti posted on Twitter

@Anonymous,which fact mil is just there for a purpose unknown