What Nonsense: See What A Die Hard Fan Did With His Newly Born Son And Portrait Photo Of Wizkid
Posted by

A die hard of Nigerian global music superstar, Wizkid has done the unbelievable after he dedicated his newly born child to a portrait photo of the singer. 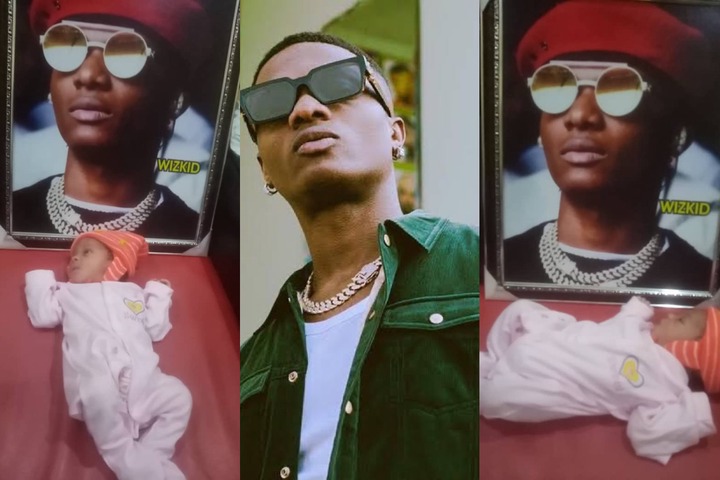 The Twitter user who goes by the user ID @yung_dera took to popular social network, Twitter to share photos of how he dedicated his son when he was born to Wizkid.

However, he did not meet Wizkid in person but he rather placed a portrait photo of Wizkid on the ground and laid his son beside it .

Sharing the photos on Twitter, the die hard fan wrote: 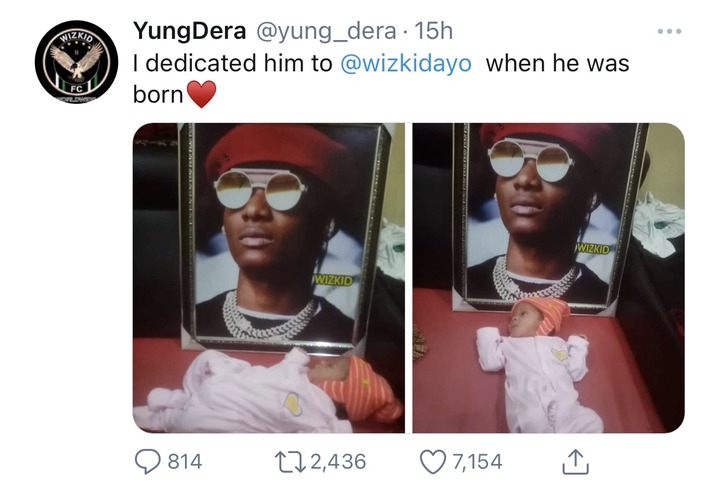 Well, however, this has forced a lot of reactions from social media users as they felt it was ‘nonsense’ to do this while everybody else dedicates their offsprings to God.

See some reactions that followed below:

@dammiedammie35 wrote: “ok but what happened to God?”

@DanielRegha wrote: “D¤n't be a nu!sance; As a parent ur first obligation is to draw ur child close to God. Dedicating ur baby to Wizk!d is a sense!ess act. Wizkid may be influential but his lifestyle is d!scouraging; Look for good role models for ur child who are worthy of imitation. Think maturely.”

@G1_Empire wrote: “Who knows the child's destiny, might be much bigger than who you dedicated him to. Please always seek the face of God Almighty.”

See more in screenshots below: 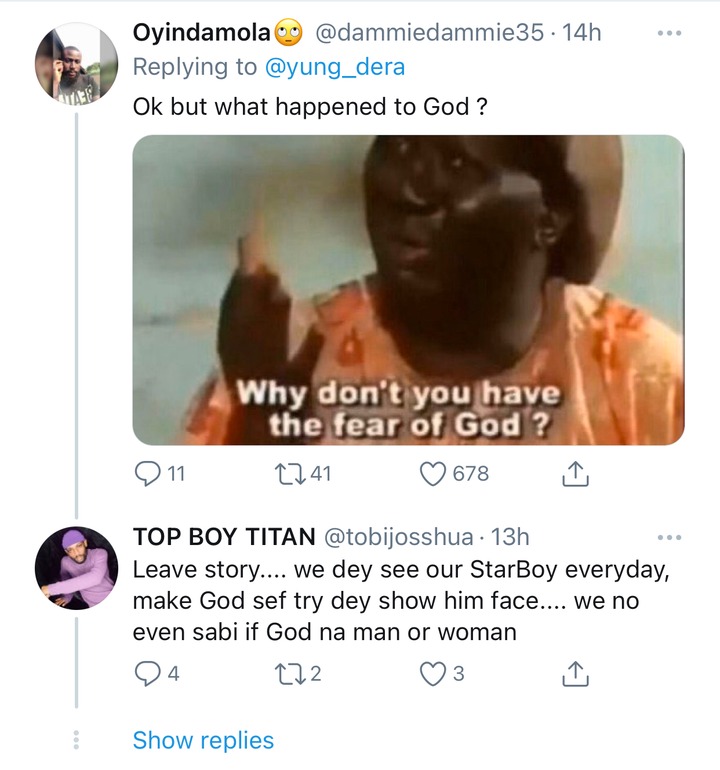 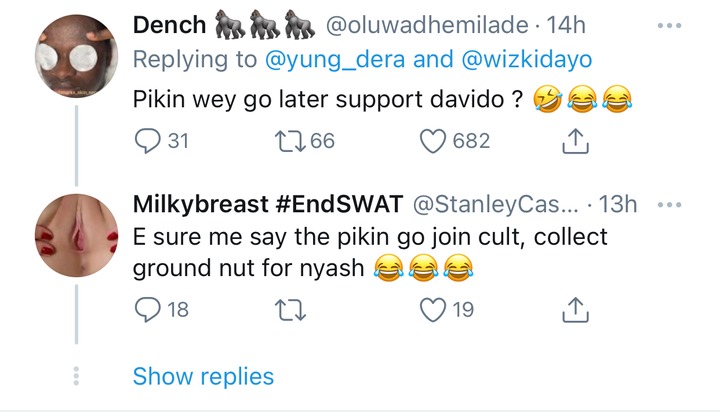 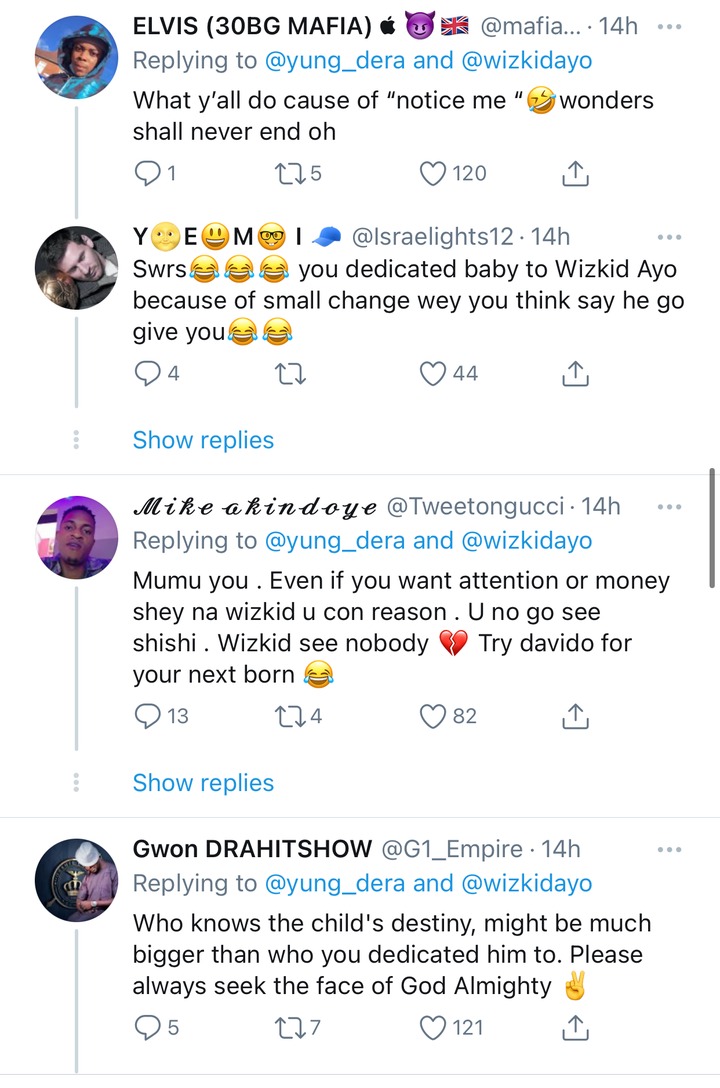 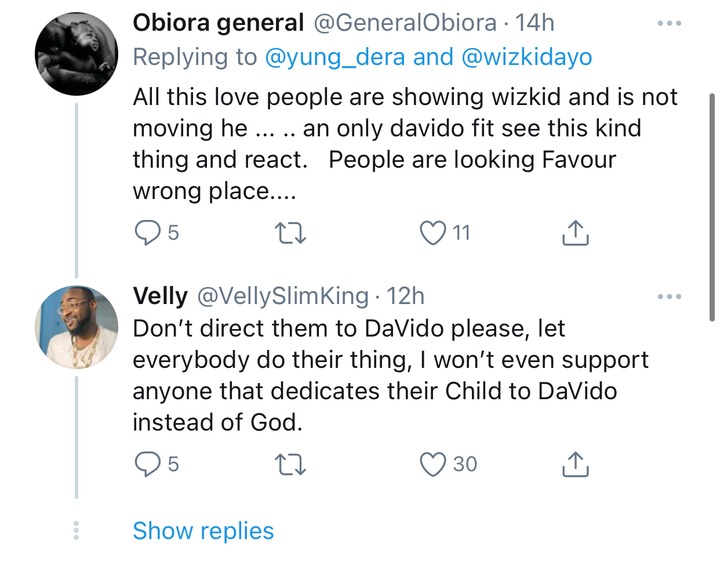 See What Wizkid Fans Want Him To Do After The Death Of His Die-hard Fan
‘God What Sort Of Country Is This?’ – Mercy Aigbe Cries Out Over This…
Chelsea News: See What Lampard Said About Ziyech Injury And If Kepa Would Start Against Krasnodar
Man Reveals What Wizkid Said To Him After He Saw Him Wearing A Davido 30BG Shirt