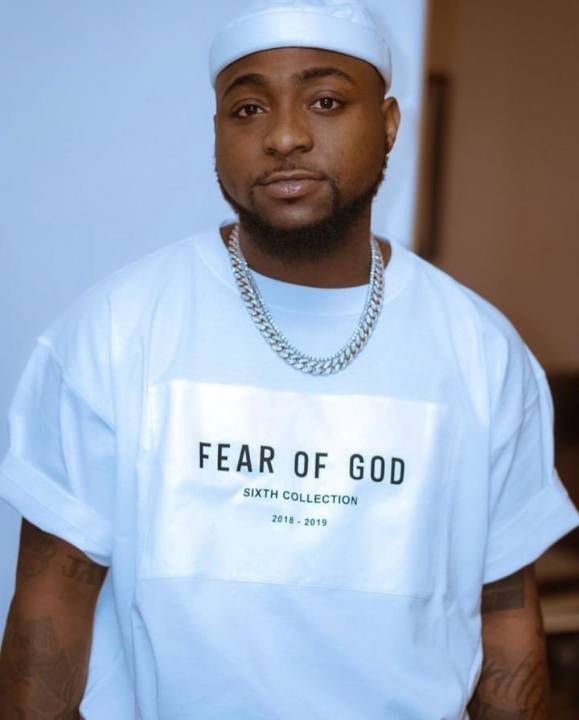 The father of 3 actually hosted Asa on his Instagram live as both of them sang each other’s song but who came under heated fire after the session was Davido simply because of the way he sang Asa’s song.

Some were off the point that Davido simply doesn’t have the voice to execute that and some claimed he’s just fortunate to be a star after all.

One Twitter user went as far as tagging him a ‘disgrace called talent’.

Davido did a live battle with asa and it ended in tears, asa sent his career back to relegation, how will you battle with a legend when you don’t have talent, i am a davido fan but at this point davido should quit music and start amala business

I told y’all that Davido is the best vocalist in African y’all think I was joking...Davido performing one of asa popular song for her see how he is blending his voice like Michael Jackson and Chris Brown

What a disgrace called talents by his frogs.. papa ify pon the vocals

You just dey BLOW MY, BLOW MY EARS, BLOW MY EARS. 😂😂😂😂. Abeg I prefer listening to his ready-made songs. Those ones make sense 🔥🔥🔥. 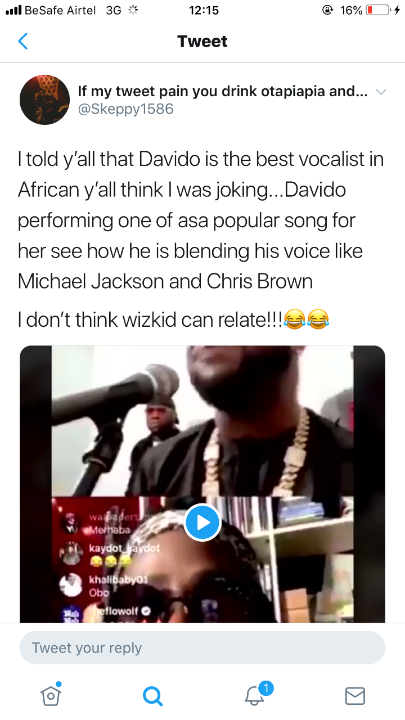 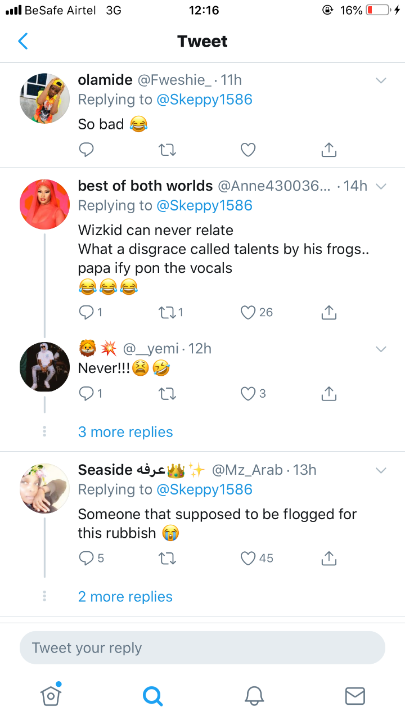 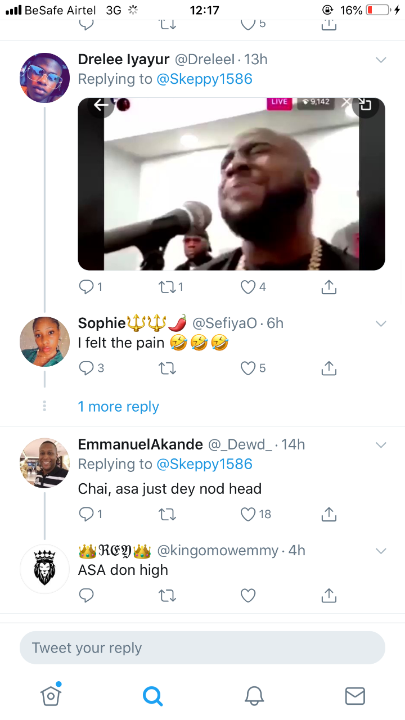 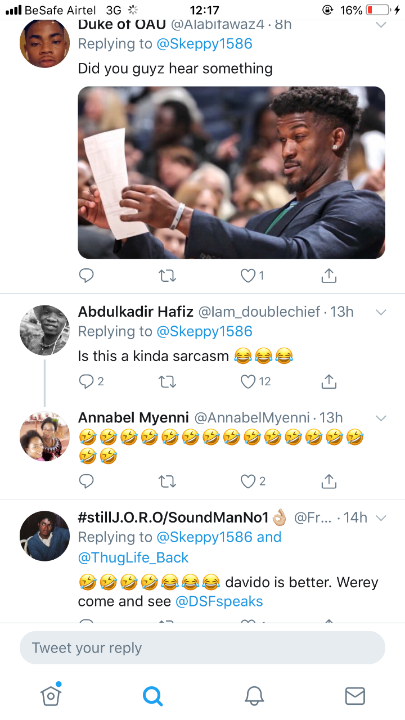 ‘Mommy Why Na’ - Iyabo Ojo’s Daughter Replies Her Mom After She Called Her This
Burna Boy called out by Photographer for stealing his Concept
‘What A Disgrace Called Talent’ - Nigerians Mock Davido On Twitter
“In your dreams, idiot” – Davido blasts lady who called out Chioma and asked her to get him out of her DM (Video)