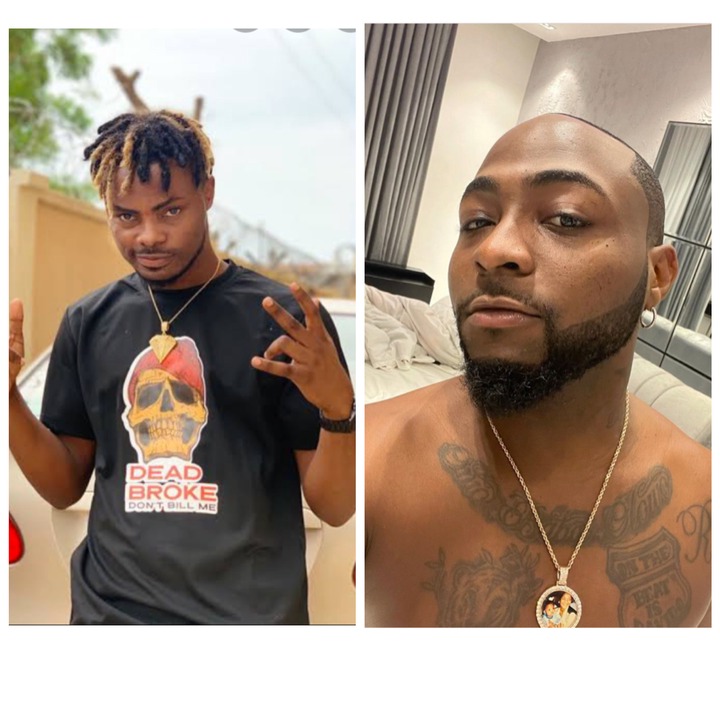 The king of afrobeats, Davido recently celebrated 10 years in the music industry. The 27 years old musician with an awesome number of followers on social media has done well for himself despite his family wealth, as he has never relented in his music career. His efforts were commended by both fans and other fellow artists.

As Twitter also released a customized emoji for the artist for his popular slang ‘e choke’ to celebrate the occasion. Amidst all the comments and appreciation post, that of a fellow artist named Oladips caught the attention of many. In his post, he appreciated Davido for being supportive to other artists especially the upcoming because he watered down his ego to accommodate them as other well known artist wouldn’t have done same for them due to pride. 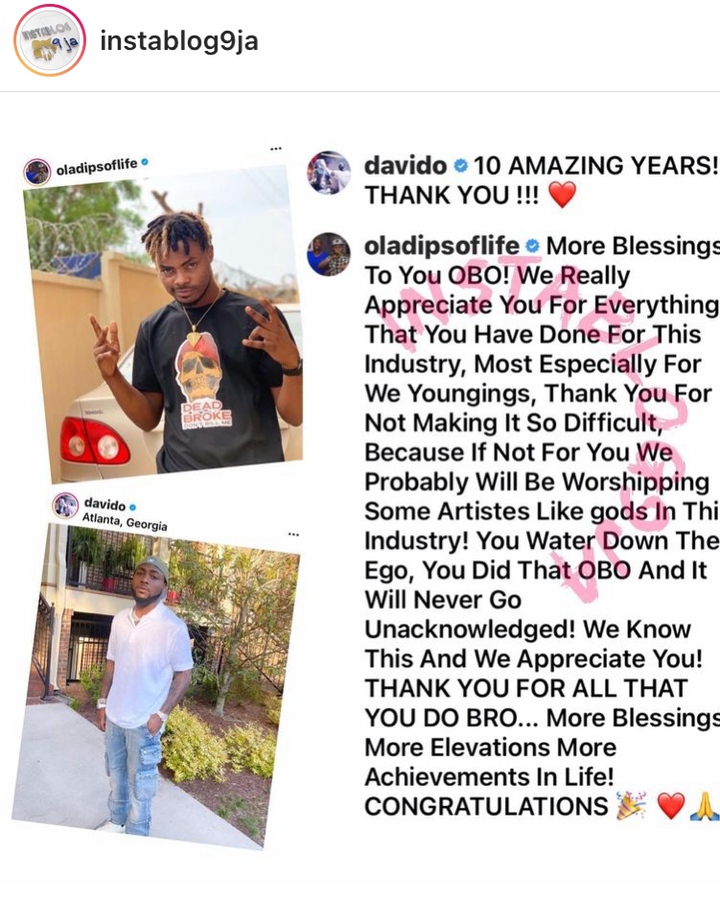 The young artist further prayed for Davido. It is no longer news that Davido is probably the most accommodating and down to earth artist of all time as many celebrities have made similar comments in the past.

Barely 2 months after marriage, Mo Bimpe calls out husband, Lateef Adedimeji due to his behaviour (Video)
‘This Is Just The Beginning’ See What Wizkid Said After SARS Was Dissolved By The Nigerian Police
“Davido block am for IG, still block am for life too” – James Brown mocked after being kicked out from singer’s show in London (Video)
Adjogbe commiserates with Ndoma-Egba over wife’s demise