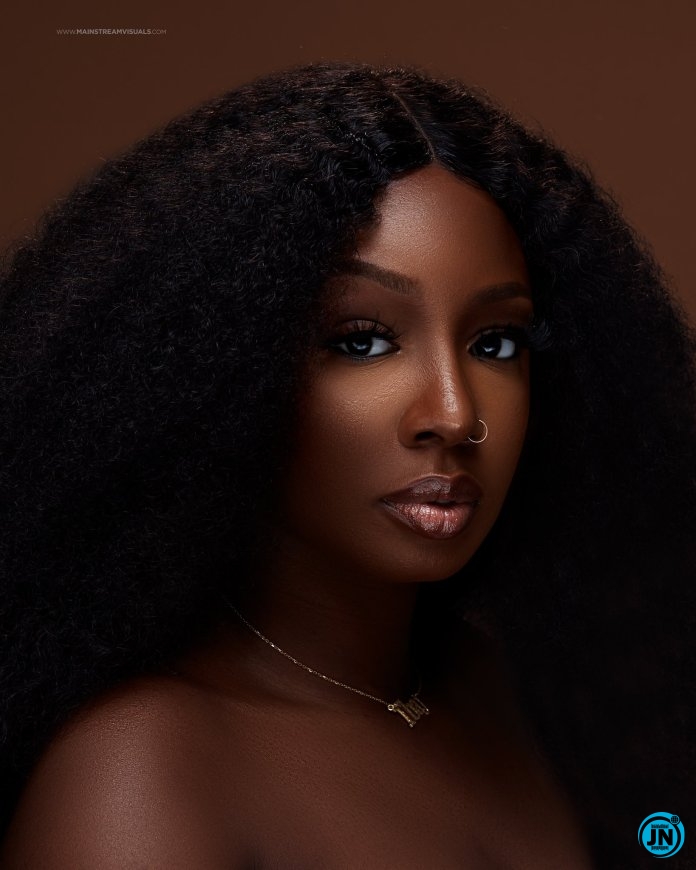 It looks like the drama from last night BBNaija reunion episode is beginning to create disagreement between former housemates from previous editions.

Recall that last night episode was based on what looked like a love triangle between Vee, Neo, and TolaniBaj.

TolaniBaj, who was the highlight of the show in her statement last night, revealed that at some point during the show, she tried getting ”closer” to Neo.

Many viewers were surprised by her statement as TolaniBaj and Vee were friends during the show and knew that Neo was Vee’s man.

TolaniBaj, however revealed that she did it to make Prince jealous.

While reacting to Tolani Baj’s statement, a former housemate from a previous edition, Esther Agunbiade, took to her Twitter handle to throw shade at her. 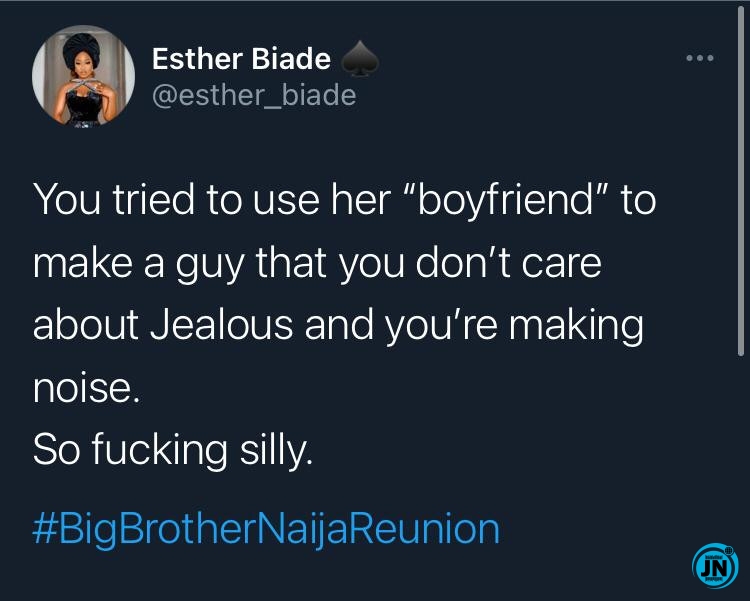 Following Esther’s statement, Venita, who was also a housemate with Esther in the BBNaija PepperDem edition, responded by asking her to be guided on the comments she makes about others.

"we know how you move around your friend’s love interest.” 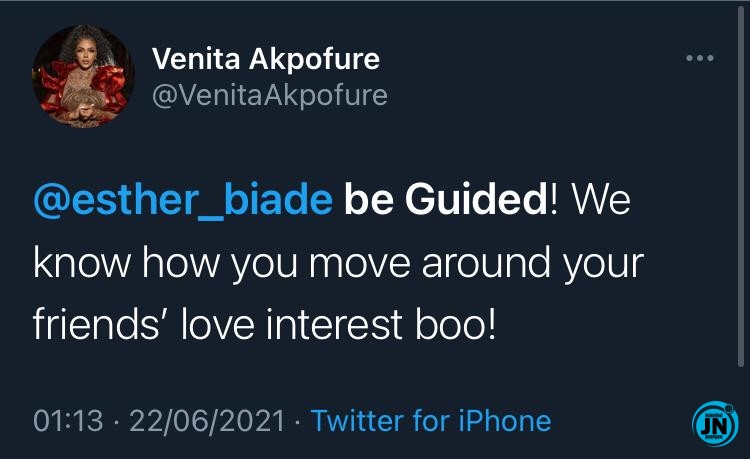 ”We know how you move around your friend’s love interest”- Venita to Esther after she threw shade at Tolani Baj
”We are watching Nigeria slipping into anarchy” – Actress, Rita Dominic rants about insecurity in the country
”We have evil and heartless people in power” – Comedian, Mr Macaroni rants