On social media, a video of indigenous singer Zlatan Ibile and Whitemoney collaborating has gone viral. 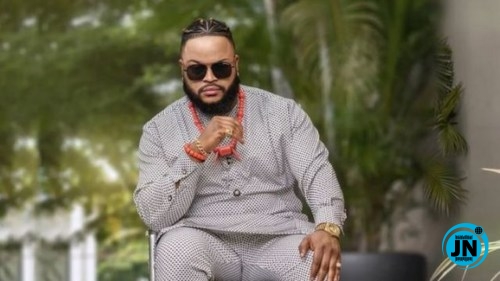 Last week, White Money was crowned the winner of Big Brother Naija Season 6, and the world is eagerly awaiting his arrival. Zlatan was seen hugging White a trillion times in the video, and it appeared as though he was more delighted to meet White than anything else.
You may recall that Whitemoney and Slimcase put up a great show after meeting for the first time last week. The two raced one other from wall to wall, hailing each other along the way.
White was obviously taken aback by who he had just met and had no idea how to react. Slimcase, on the other hand, made it easy for White by getting into character and putting on a show for us.
While at the house, White stated that once he was out, he would pursue his music career. Fans are now asking if they might expect a collaboration anytime soon.


Zlatan is not letting go 🤩
Love to see it
Love to see that it was just not about hype, they really do love him out there. #ProjectWhitemoney
KING WHITEMONEY pic.twitter.com/IpdhcuKQ2N