After winning the Grammy, Burna Boy finally reconnected with his friend and iconic Hip Hop singer Sean Combs, also known as Diddy, in the United States for the first time.

In case you missed it, Diddy executive produced Burna Boy's "Twice As Tall" record, which won him the Grammy Award for "Best Global Music Album" at the 63rd Grammy Awards. 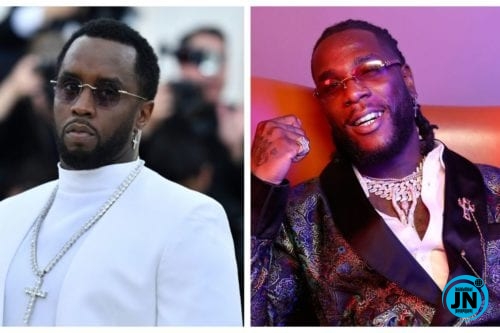 The music titans engaged in bromance in a video that has since gone viral on social media, clearly delighted to see each other again after all the zoom chats.

In the video, Diddy stated that yesterday was a wonderful day for them because he was reunited with his brother for the first time in a long time.

A post shared by Burna Boy's Only Official News (@burnaboyworld)

Burna Boy, who is presently in the United States, paid Diddy a visit, and it was great to see each other again after such a long time, especially since COVID-19 restrictions will influence flights during the recording of his album in 2020.

[Lyrics] Burna Boy ft. M.anifest – “Another Story”
Wizkid’s Made In Lagos Album Has 4.9/5 Rating On Google, See What Davido & Burna Boy Albums Have
[LYRICS] Wizkid – Ginger ft. Burna Boy
Burna Boy To Release The Official Video For His MONSTERS YOU MADE Track Today