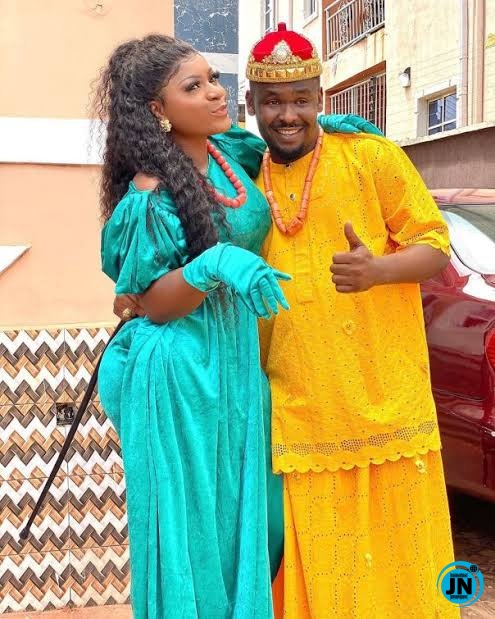 Nollywood actor, Zubby Michael who is known for his flamboyant lifestyle has made money rain at his colleague, Destiny Etiko‘s father’s funeral.

Recall Destiny Etiko had lost her father some months back and buried him on the 22nd of May this year.

The curvy Nollywood actress has now given her late father a befitting funeral ceremony on Friday, November 20.

Those who graced the luxurious funeral were top Nollywood actors and actresses with Prophet Odumeje in attendance as well.

Highlights from the funeral included moments Prophet Odumeje and Zubby made money rain like water at the event.

While Odumeje sprayed one million Naira cash on Destiny Etiko, Zubby was seen giving her money in bundles.

Moment before Zubby left the funeral, he was seen throwing wads of Naira notes in the air while people scampered and fell on themselves picking.

Davido drops Hint that The Government is Against His Dad
Fireboy's ‘LTG' Album Debuts At No. 1 On Top Ranking
Watch Video Of Davido As He Attends Church With Family Members
‘She does not know what she signed up for’ – Fans react as Davido’s new lover, Miya flees Instagram