Wale, a Nigerian-American musician, is honoring his roots by supporting Wizkid, his Yoruba brother. 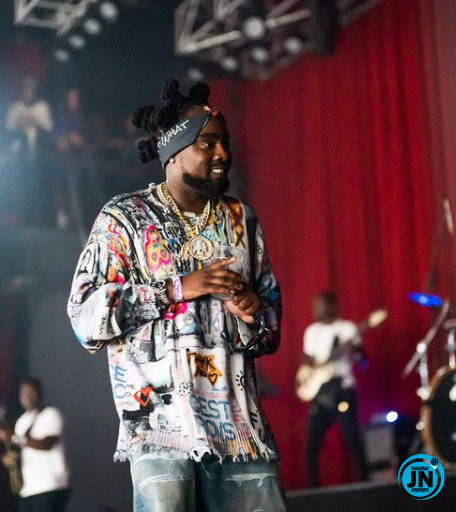 He inadvertently sparked controversy last evening when he tweeted a series of images of himself and Wizkid lounging after the surprise performance at the ongoing Made In Lagos Tour in the United States. He wrote ‘Yoruba' on one of the images and ‘Starboy different' on another.

It would be surprising if his post went unnoticed by the Twitterati. James Jimmy, a user who goes by the handle James Jimmy, instantly called him out on the post. According to him, if an Igbo superstar, such as Wale, hails his or her tribe, the Yorubas will not waste time dragging the person through the muck.

In response, Wale told the man that his tweet was not intended to cause friction between the two ethnic groups. It is not a competition, according to Wale, and Nigeria is open to anyone. Instead of viewing successes as a competition, he asked Nigerians like James to always hold and support one another. 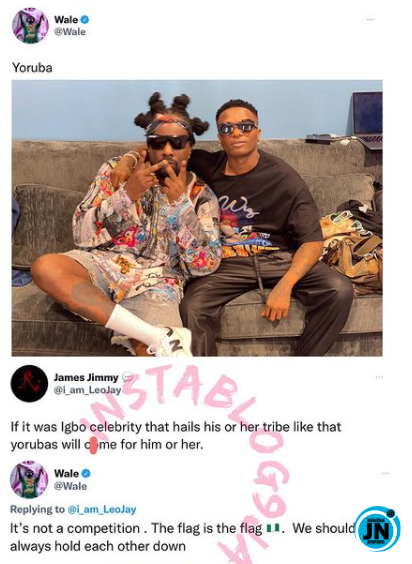 Wale Responds To Nigerians Dragging Him Over His Post About Wizkid
#EndSars: “I take all the blame, I’m sorry” – Edo State Deputy Governor’s son apologizes for dragging protesters (Video)
Watch The Moment, Cardi B Confronted The Police For Dragging Her Husband, Offset From His Car (Video)
IG Users React To Hilarious Video Of Dubai Returnee Dragging Trolley With An Airport Staff In Ikeja