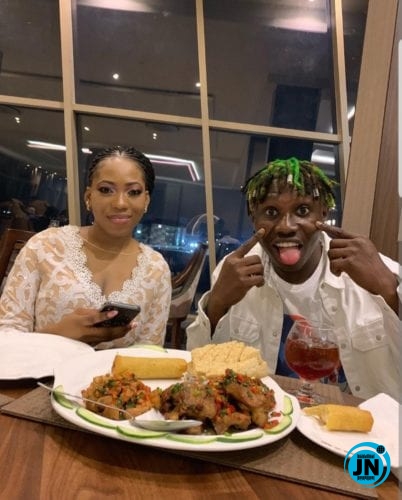 The video vixen, Bolanle who was featured in singer Zlatan Ibile’s smash hit song has allegedly been sent out of her 6 months marriage by her husband who had accused her of being violent.

Mz Bolanle as fondly called is a mother of one and is married to a man who’s identified as Lincoln.

The video that has hit Instagram has shown Lincoln accusing her of being violent towards him and hence, the need to go back to her father’s house. 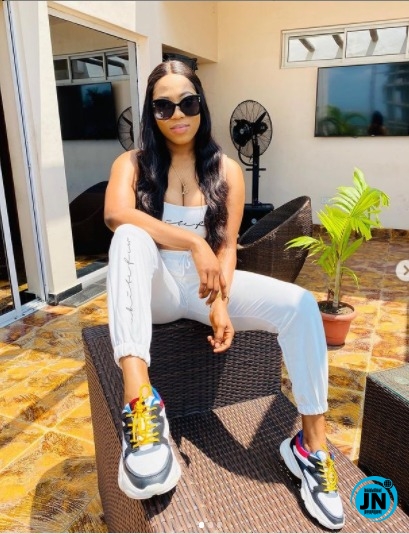 He further claimed that she wasn’t appreciative of the things he did for her. The husband also referred to her parents, stating that her mother’s violent nature made her father ran from her.

In the videos shared, pictures were crashed on the floor with other broken items and furniture. 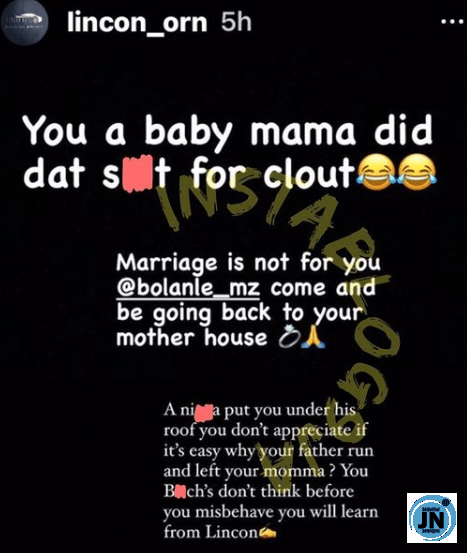 After Being Called Out For Her Recent Pictures Mercy Aigbe Reveals Why People Are Always Angry
#BBNaija: Whitemoney and Yousef’s stay in the house continues as they escape being evicted
“No be the girl be this” – Netizens express doubt after lady admitted being the one who harassed Ruger (Video)
“One of my favorite human beings in the world” – Fireboy eulogizes Olamide on birthday