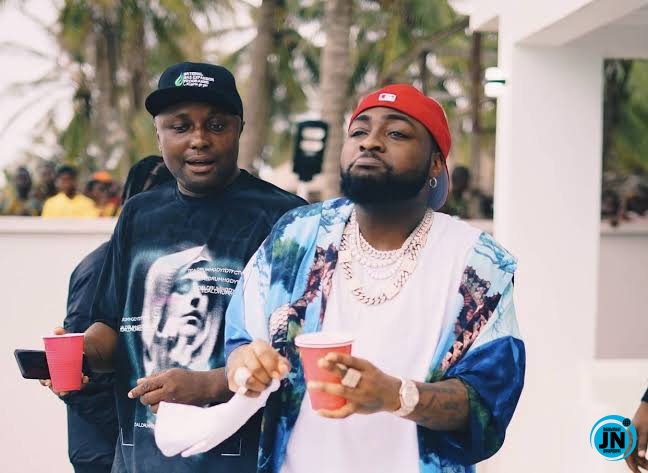 Davido’s logistic manager, Israel DMW has ruined the brand new Venza which his boss, Davido had gotten him some few weeks back.

The popular singer, davido had gotten the brand new car only less than month ago, 31st of January, for his aide who had expressed immense joy for the gesture.

His excitement seems to have been short-lived as his car had recently been spotted to have been involved in an accident which has virtually ruined the front of the brand new car which had cost a whooping amount of eight millionaire.

As could be heard from the video, passersby muttered that he had been the one at fault, saying;

The incident is reported to have occured in Benin.