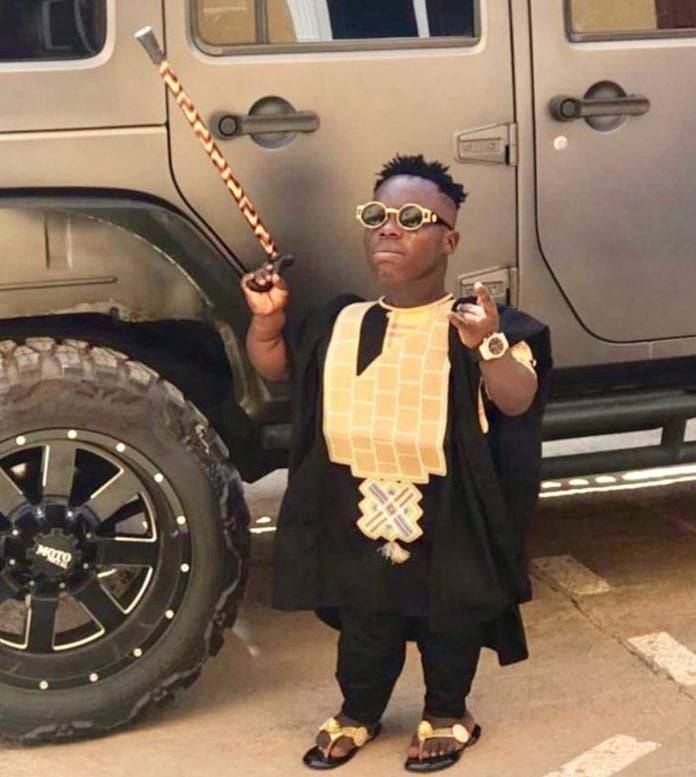 Instagram sensation from Ghana, Shatta Bandle has again taken on social media through the storm. This time, a video appeared on the internet in which he performed for his supposed girlfriend.

In the video, as he sang adorably for the supposed girlfriend, the social media star was spotted sitting on a couch.

Once upon a time, the popular figure had claimed to be wealthier than the richest man throughout Africa, Aliko Dangote in a viral comedy skit.

See the video beneath:

“If You Leave, I Will Fill The Buckets With My Tears” – Nengi Tells Ozo (VIDEO)
See Video Of Die-hard Fan Who Tattooed Davido’s Face And DMW Logo On His Laps
‘Gullible people’ – Oritsefemi’s wife, Nabila reacts to recent video her husband shared on social media
Singer Terry Apala caught in bed with alleged cousin (Video)